Nearly half a century after first being touted as the fuel of the future, hydrogen is finally poised to become a major export opportunity for Australia. 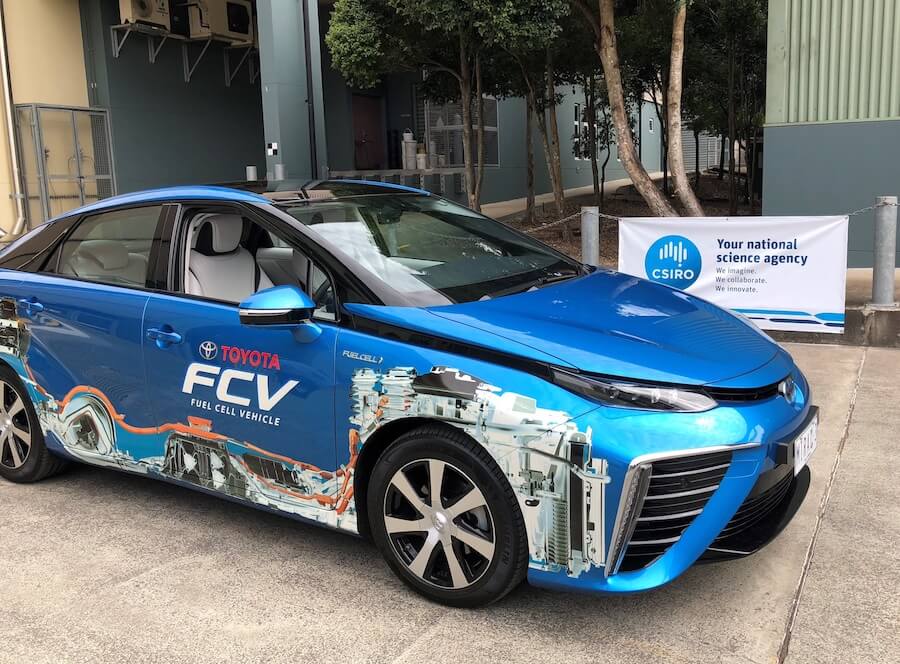 A new report, prepared by ACIL Allen Consulting and commissioned by ARENA, has identified hydrogen could become a major new export opportunity for Australia.

Along with ARENA’s report, Australia’s Chief Scientist Dr Alan Finkel also released a briefing paper by the Hydrogen Strategy Group which was presented last week to the COAG Energy Council.

Dr Finkel chairs the Hydrogen Strategy Group, an informal collaboration of senior bureaucrats and policymakers from the federal government’s science and energy agencies and energy industry – including from ARENA and the CSIRO.

He says he was encouraged by interest shown by the COAG Energy Council in hydrogen exports, and he is now working with officials to develop the roadmap towards a national hydrogen strategy.

“Our report took a strong export focus. We made it very clear at the beginning of the report, why now?” Dr Finkel said.

He says the difference between now and previous times hydrogen exports have been proposed is Japan’s efforts to reduce the emissions of its energy imports.

On paper, renewable hydrogen seems like a perfect clean energy solution. It is the most abundant element in the universe, bound up on Earth in water and fossil fuels.

Just like natural gas, hydrogen could be used to heat buildings, power everything from industrial processes to household appliances and even run our cars – as CSIRO demonstrated last month when they turned ammonia into hydrogen for a hydrogen fuel cell car.

Unlike fossil fuels however, hydrogen produces only water vapour and air when burned, so it can be a clean, carbon free fuel.

Green or clean hydrogen can now be produced through electrolysis from water using electricity generated from renewable sources like wind and solar farms. It is more energy intensive to produce hydrogen from water via an electrolyser than from fossil fuels, but it produces zero emissions.

Hydrogen can also be produced through gasification from Australia’s natural gas and brown coal reserves. The process of producing hydrogen using fossil fuels creates carbon emissions, but these emissions can captured and sequestered via carbon capture and storage.

In April, a Japanese-led consortium announced a $500 million demonstration project will trial this approach using brown coal from Victoria’s Latrobe Valley. That trial is supported by both the Australian Government and the Victorian Government.

Once produced, hydrogen can be exported as liquefied hydrogen or chemically converted into a carrier such as ammonia.

Beyond the export opportunities, hydrogen could also be used domestically to supplement our gas supplies or as a form of energy storage.

However, hydrogen has never been viable as an energy source at commercial scale … until now.

Given the idea of a “hydrogen economy” was first proposed in 1972 but has never been commercially viable, Dr Finkel says the inevitable question is: Why now?

The answer is twofold: other countries’ committing to becoming large-scale customers for hydrogen and the dramatic reduction in the price of wind and solar power.

According to the ACIL Allen report, the global demand for hydrogen could increase significantly between now and 2050.

As the world transitions to low carbon energy, countries like Japan and Korea – who rely on imported fossil fuels for most of their energy needs – are looking to hydrogen to help decarbonise their economies.

In December last year, Japan announced a national hydrogen strategy that committed to become a large-scale importer of hydrogen within a decade.

“Some people said to me. Why don’t they make their own hydrogen? They can’t. They don’t have the methane or coal, or solar resources,” Dr Finkel explained.

As yet, there are no large-scale exporters of hydrogen.

Four countries – Japan, China, Korea and Singapore – are identified by ACIL Allen as prospective markets for Australian hydrogen by 2025.

With its proximity to Asia, established trading relationships as an energy exporter, infrastructure and its abundant wind and solar resources, Australia is well positioned to become a leading exporter of hydrogen.

In their report, ACIL Allen modelled three scenarios for low, medium and high demand from 2025 to 2040.

With the right conditions, Australian hydrogen exports could contribute up to $1.7 billion per annum to the economy and provide almost 2,800 jobs by 2030, the report found.

Dr Finkel warned that Australia is not alone, as countries like Norway, the United States and Middle Eastern countries are also likely to scale up their capability to export hydrogen.

“The race is on. Other countries recognise that. They (Japan) are working with the US, Saudi Arabia, Norway, Brunei and possibly others. It’s a race but we’re well positioned.

“We are world leaders in capturing export markets for energy,” he said.

“Australia has a golden opportunity to become a major exporter of hydrogen, as other countries look to transition to low carbon energy sources,” Mr Frischknecht said.

“The sector is still in its infancy which places Australia in a prime position to utilise its abundant renewable resources, as well as proven track record of exporting energy and strong relationships with energy importers to become a major player in exporting hydrogen to Asia and around the globe,” he said.

A hydrogen export market has also been identified to benefit regional communities as hydrogen production facilities are likely to be located close to the supply of renewable energy, particularly large scale solar farms, the report found.

An agreement has been signed to scope... Read more
Hydrogen energy
View all related stories
Follow Us
Back to top