A new study will assess a plan to produce ammonia from renewable hydrogen in Western Australia. 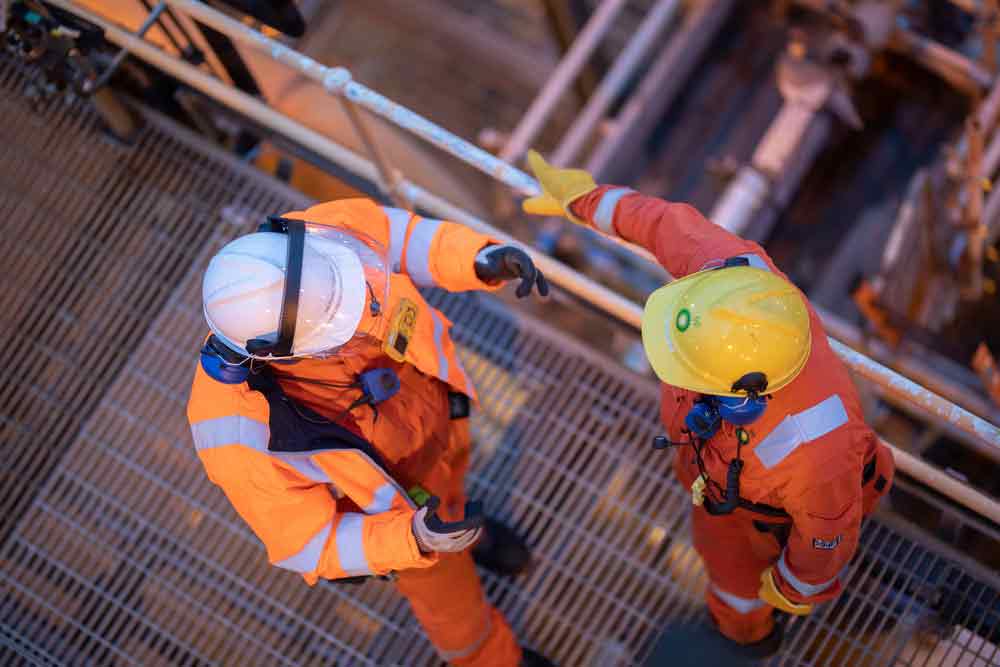 Arial view of two workers at the plant for the Project GERI Feasibility Project.

ARENA has provided $1.71 million in funding for BP Australia to assess the feasibility of a plan to produce renewable hydrogen and ammonia at Geraldton in Western Australia.

Under the proposal, hydrogen will be produced using an electrolyser powered by renewable electricity from the grid, supplied through a power purchase agreement. The renewable hydrogen would be used in the place of natural gas to produce ammonia for domestic and export markets.

The study will assess BP’s aim for the facility to produce approximately 20,000 tonnes of renewable ammonia per year, as well as exploring the economic opportunity offered by renewable hydrogen and determine how it can be scaled up to meet future demand.

Geraldton has been selected to capitalise on the region’s strong solar and wind resources, nearby port and close proximity to Asian markets which are predicted to create significant long-term demand.

BP has engaged GHD Advisory to deliver the $4.42 million study, which is expected to be completed by February 2021.

Planning ahead to drive down renewable hydrogen costs

BP’s project is the second Western Australian ammonia study to receive ARENA support, after Yara Fertilisers announced in February that they would assess a plan to produce renewable hydrogen and ammonia in the Pilbara.

The large ammonia projects offer a pathway to bring down the cost of producing large amounts of renewable hydrogen, with the benefits of established markets and supply chains. If the feasibility studies stack up, the projects could be an important step towards making renewable hydrogen competitive with hydrogen from fossil fuels and achieve the goal of producing one kilogram of hydrogen for less than $2.

According to ARENA CEO Darren Miller, hydrogen presents an opportunity for Australia to grow a sustainable, jobs rich industry.

“Australia is a key market for BP and other companies to progress their strategic developments for the future renewable hydrogen industry because of our abundant renewable energy resources and established trade partners,” Mr Miller said.

In what it described as a “cautiously optimistic” scenario, the National Hydrogen Strategy forecast that Australia’s hydrogen industry could generate 7,600 jobs and $11 billion in additional GDP by 2050.

ARENA has committed over $55 million towards hydrogen initiatives so far, including studies into producing ammonia at scale in regional Queensland with Dyno Nobel and Queensland Nitrates.

LEARN MORE ABOUT RENEWABLE HYDROGEN AND AMMONIA IN ARENA’S PODCAST

As part of the agency’s work to bring down the cost of producing hydrogen at commercial scale, ARENA opened a new funding round in mid-April. Applicants will be required to deploy electrolysers with more than 5 MW of capacity, with a preference for 10 MW or larger, powered by electricity from renewable sources.

The funding round is now open for expressions of interest, with the target of awarding funding before the end of 2020.

Scoping plan to ship green hydrogen from Gladstone to Japan

A new study will scope the feasibilit... Read more
Hydrogen energy
ARENA gets cracking on hydrogen with $70 million for electrolyser projects image