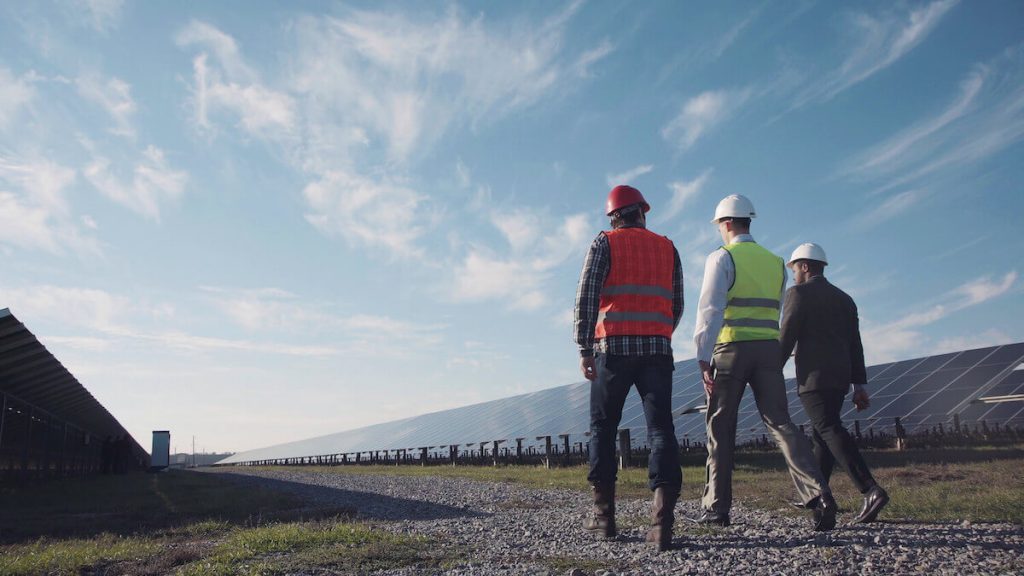 We know a transformation is underway across Australia’s energy landscape, but what about the energy trader financial markets that surround it?

With support from ARENA, the Melbourne-based Renewable Energy Hub is developing a trading platform and new types of financial contracts tailored to the characteristics of renewables, as a growing share of Australia’s electricity comes from wind and solar.

The Hub is part of TFS, the Australian arm of global interdealer brokers Tradition. Over the past 20 years TFS has become a leading trader in the environment and electricity markets, along with the exchange of environmental certificates.

What is the Renewable Energy Hub project?

The Renewable Energy Hub’s ARENA-funded project has two parts – developing new hedging contracts that are better suited to trading renewables and energy storage in the wholesale market, and the creation of a digital marketplace where energy offers can be priced, analysed and sold.

The project aims to help renewables participate in the electricity market for financial products that sits around Australia’s energy market. With an estimated value of $26 billion, the market favours traditional forms of generation and is yet to evolve to accommodate the characteristics and scale of renewable energy technologies.

The new project has set out to help to trade energy from renewables in a landscape where the electricity market is becoming more volatile.

Until recently, the Renewable Energy Target provided guaranteed demand for energy from renewable sources. But since the target of supplying 33 TWh of electricity from renewables by 2020 has been met, new deals will compete on a level playing field with non-renewable generators.

One of the biggest challenges is securing deals when the output of wind and solar farms can vary dramatically based on the weather, or even just passing clouds. That uncertainty makes it hard for retailers to offer long-term fixed price deals when the price of electricity changes every five minutes.

The Hub’s contracts aim to increase the sophistication of the existing arrangements, which are increasingly not fit for purpose. Without any better ways of managing these transactions, the onus is on energy buyers to accept the variability of the output from renewables.

The Renewable Energy Hub’s COO Phil Cohn told ARENA that their new contracts will provide more certainty for both buyers and sellers.

“In the case of a 20 year power purchase agreement, the buyer needs to accept the variability of the output and take what you generate, whenever you generate it. But the buyer has no certainty about when that’s going to turn up,” Cohn said.

To tackle the growing risk of high prices as solar generation ramps up and down in the morning and afternoon peaks, the Hub has launched the “super peak” contract. Under the first deal signed, Snowy Hydro will provide 25 MW of on-demand hydro electricity to a large industrial customer to protect against price spikes at the beginning and end of the day. The Hub expects the new contract will create opportunities for other sources of dispatchable electricity, including big batteries, pumped hydro and demand response.

There is no denying the fact that Australia’s energy generation mix is changing rapidly. The transition is creating headaches for financial markets that are struggling to keep up with the growth of solar and wind, at the same time that existing fossil fuel generators exit the system.

On days with plenty of wind and sun, the price of electricity in the wholesale market is falling below zero with increasing frequency. But on the other side of the equation, when renewable generation is low and demand for electricity rises, prices can climb to $100 per megawatt hour and beyond.

“There are changing patterns of volatility during the day due to solar… and on the supply side coal plants that sold energy contracts are retiring, gas is getting more expensive because of its ramping role, and hydro has experienced challenges because of drought,” Cohn explained.

Earlier this year they began consulting with companies from both the demand and supply side of the market to understand what they are looking for in new financial products.

The project is one receiving funding from ARENA to improve the way renewable energy is integrated into the electricity system.

ARENA CEO Darren Miller is optimistic that the Hub’s work will unlock new pathways for renewable energy and storage projects to generate revenue.

“While traditional generators have been able to reduce their risk from hedging contracts, these financial products and this market has not been available to solar and wind farms, batteries or pumped hydro – because these financial products have usually been based on baseload electricity traded in flat 24 hour blocks, rather than hedging a few hours at a time or at peak generation times,” Darren Miller said.

“These new financial products will create new opportunities for renewable energy developers to sell their energy, and the marketplace will provide real time visibility and the tools needed to support buyers and sellers,” he said.

“We hope that this project will help underpin new investment, and in turn put downward pressure on the price of new renewable energy and grid scale storage projects.”

In a sign of the times, oil and gas g... Read more
Renewables for industry
Alumina roadmap plots a path to slash Australia’s emissions image

This week, ARENA brought the new Mini... Read more
Renewables for industry
View all related stories
Follow Us
Back to top