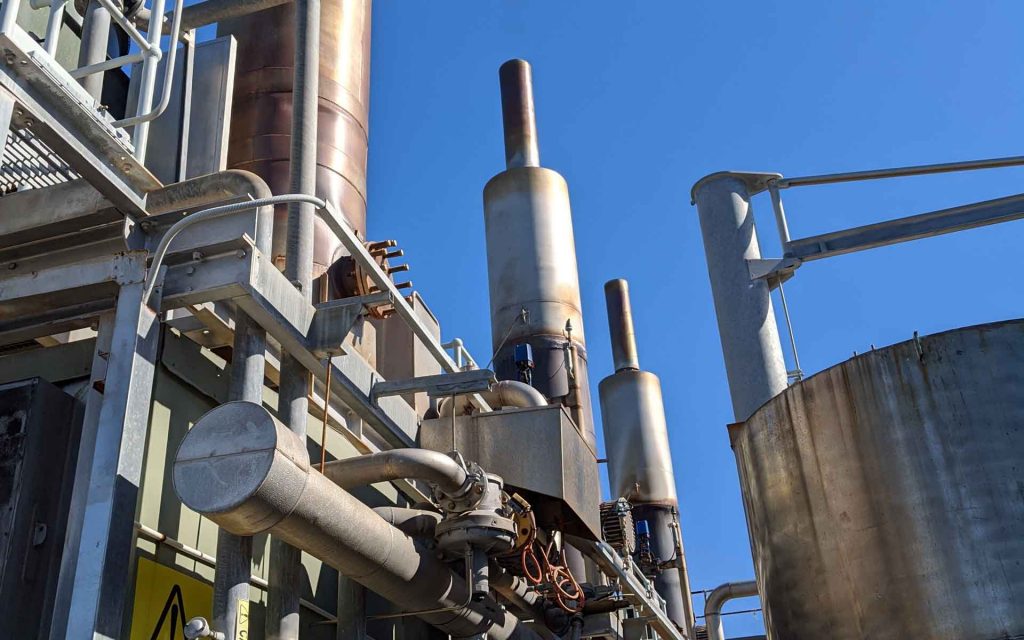 Biogas from the Sydney Water’s Malabar wastewater plant will be converted into biomethane and injected into the NSW gas network under a new project led by the state’s largest gas distributor.

The joint initiative between Jemena and Sydney Water is the first of its kind in Australia, cleaning and upgrading biogas produced at the Malabar wastewater plant to a standard where it can be injected into Jemena’s gas pipelines.

The project will also investigate opportunities to trade renewable gas by linking users with production facilities, which if successful could provide trading mechanisms for ‘green gas’ markets across other networks.

ARENA is providing $5.9 million towards the $13.8 million trial with the aim of unlocking more opportunities for biomethane to be captured from organic waste products.

While the biomethane injection process is unproven in Australia, ARENA CEO Darren Miller says the new project will provide a pathway to supplement domestic gas supplies and decarbonise the gas network.

“Displacing natural gas with biomethane and renewable hydrogen is recognised as the likely pathway to decarbonise natural gas networks. With a successful demonstration by Jemena, we could see biomethane use increasing across the country” Mr Miller said.

About half of all biogas currently produced at the Malabar wastewater plant is currently used to produce electricity for the site or heat for the digestion process, with the remainder flared to reduce its environmental impact.

If captured, that energy could have a big impact. A recent International Energy Agency report found the world’s biogas and biomethane resources could meet 20 per cent of global gas demand, while also reducing greenhouse gas emissions.

Jemena estimates that there are more than 30,000 TJs of potential biogas in the vicinity of the NSW gas pipelines, which would be enough to supply 1.4 million households.

“This agreement will see biomethane injected into the gas network for the first time in Australia with an initial capacity of 95 terajoules of renewable green gas per year, which is enough to meet the gas demand of approximately 6,300 homes.”

“This has the potential to be scaled up to 200 terajoules per year, enough to meet the gas demand of around 13,300 homes,” she said.

Welcoming the announcement, Sydney Water’s Managing Director Roch Cheroux said it “has the potential to supply zero-emission renewable gas to thousands of households, a fantastic demonstration of Sydney Water’s innovation to support a circular economy.”

The Malabar plant is expected to supply the first biomethane for Jemena’s gas network in early 2022.

Emerging technologies will be key to achieving a gas industry goal of achieving ‘near zero’ emissions by 2050, with biogas from waste processes seen as a likely feedstock to produce hydrogen and biomethane.

Combined with efforts to commercialise electrolyser technology to produce hydrogen for direct injection into existing pipelines, the gas industry is aiming to lower the emissions intensity of its existing infrastructure.

ARENA has already supported trials with ATCO, Jemena’s hydrogen project and Australian Gas Networks that are scoping the feasibility of adding renewable hydrogen into gas pipelines, which combined with biomethane would allow for greater decarbonisation than hydrogen alone, which can only be tolerated as low concentrations.

ARENA is also developing a national Bioenergy Roadmap on behalf of the Australian Government, which is due to be provided to the Minister for Energy and Emissions Reduction later this year.

A small Australian biotechnology comp... Read more
Bioenergy / Energy from waste
Our biggest ever commitment to creating sustainable biofuel for the future image

When you go to the petrol station do ... Read more
Bioenergy / Energy from waste
The waste to energy plant future is here image

Logan City Council has taken an impor... Read more
Bioenergy / Energy from waste
View all related stories
Follow Us
Back to top