In rural Victoria, a heat pump hot water system trial and revamped power supply could see a company cut its energy and utility costs by more than $500,000 per year. 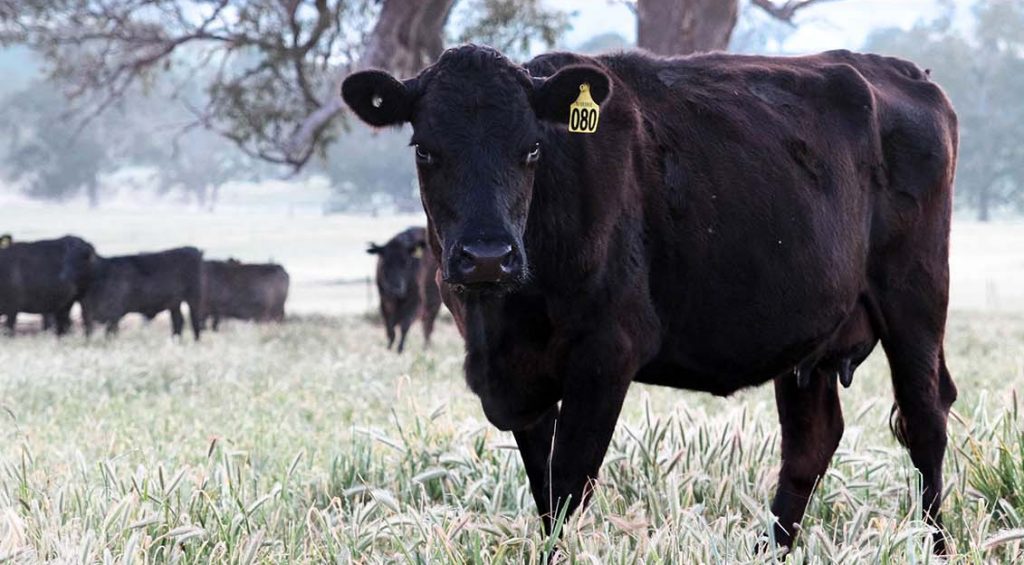 Like all businesses, red meat processor Hardwick’s uses energy. In their case, a lot of energy.

Now, supported by ARENA, Hardwick’s has embarked on a project to switch to a heat pump-driven water heating system.

Further integration of their renewable energy generation and thermal storage systems, and a new high-voltage power supply could see the company cut energy and utility costs by more than $500,000 per year.

In total, CO2 emissions are expected to fall by more than 1000 tonnes per year.

Based in Kyneton in Victoria’s Macedon Ranges, this business owned by Kilcoy Global Foods employs more than 400 staff to supply restaurant and retail customers with beef, lamb and goat in carcass and carton form.

For food safety, much of Hardwick’s production needs to operate in a refrigerated climate below 4 degrees C. But, says Hardwick’s project manager Mark Hardwick, there is also a need for lots of hot water.

“Refrigeration is one of the key elements for food hygiene. And then the hot water is used for sterilisation of equipment, washing down of production areas. Even things like people washing their hands, hundreds of times a day, and boots and aprons,” he said.

How not to waste waste heat

Refrigeration is an energy-intensive part of Hardwick’s operation.

Heat extracted from cold rooms, operating equipment and the production process is pumped out to escape into the environment. On hot days, the energy usage, and the energy bills, climb even higher.

In the past, the hot water side of Hardwick’s operation has relied on a gas boiler. Now, they plan to take the waste heat from the refrigerators to preheat the water.

“In a refrigeration system there is waste heat that you are trying to get out of the system. So we’re really tapping into that waste heat and we are sort of super-compressing that for preheating our hot water requirements,” Mark Hardwick said.

Hardwick’s system takes heat at around 30 to 35 degrees C from the output of its refrigeration system. The heat pump uses it to raise the temperature of its water supply to about 75 degrees C.

That temperature boost is expected to cut Hardwick’s gas bill by 75 per cent.

And because the system recovers heat from the refrigerator, it makes the cooling process more efficient, especially on hot days, and cuts refrigerator water use as well.

Hardwick’s will still use its existing gas boiler, much like an instant gas boiler at home, to top up the water temperature on demand. But savings are still expected to top $280,000.

Mark Hardwick said if the trial is successful, the company may drop gas altogether.

ARENA is also supporting a switch in Hardwick’s electricity supply from low-voltage to high-voltage. That is projected to realise a network tariff reduction of more than $235,000.

How do heat pumps work?

A heat pump works like a refrigerator in reverse. Instead of extracting heat from a targeted space, say the inside of a kitchen fridge and its contents, and then dispersing it, the heat pump effectively captures that heat energy, concentrates it and moves it to where it is useful.

For instance, imagine if your kitchen fridge were made to work in reverse – you would end up with a slightly cooler kitchen and a sort of lowish temperature oven inside the fridge cabinet. Put a kettle of water in there and you would get warm water. Turn it up to 11 and you might even get hot water!

Industrial heat pumps do this on a gigantic scale. Your kitchen fridge might have a power rating of around 150 Watts. The 1MW thermal capacity heat pump that Hardwick’s is installing operates off a 250kW electrical power supply – equivalent to 1500 fridges running in reverse.

To get an idea of the decarbonisation potential of heat pumps in Australia, recent modelling by the Australian Alliance for Energy Productivity (A2EP) indicates a reduction of 10 million tonnes of CO2 per annum is possible by 2030 by using all forms of heat pumps across all industries.

At the time of writing, the Hardwick’s project is under construction. When operating in mid-2023 it aims, among other things, to provide an improved understanding of how to reduce the perceived risks of retrofitting heat pumps for industrial process heating.

Mark Hardwick acknowledged the choice to substitute their existing gas system was, initially, not an easy one.

“When the heat pump was put across our desk…we did the first feasibility [study] and said if we can make it work this is a really good project,” he said.

“The project offers us the opportunity to trial how using heat pumps can reduce reliance on natural gas and prove to the industry that this is technically and economically feasible and a viable solution to dramatically reduce emissions at their facilities,” he said.

“Hardwick’s is at the forefront of helping to reduce emissions in the meat processing industry.

“Having already installed on-site solar PV and battery, it is now able to demonstrate how the hot water demand of industrial processing can be managed with the addition of heat pumps and use of thermal energy.

“This is a solution that we could see being replicated across other businesses in the industry.” Mr Miller said.

Get insider knowledge with the latest... Read more
Renewables for industry
Australian businesses are making one big mistake when it comes to renewable energy. image

If there was any doubt that the Austr... Read more
Renewables for industry
Cool change for air conditioning, refrigeration image

A new project trialling the use of re... Read more
Renewables for industry
View all related stories
Follow Us
Back to top