Manufacturers are being supported to scope the feasibility of using renewable energy to produce heat. 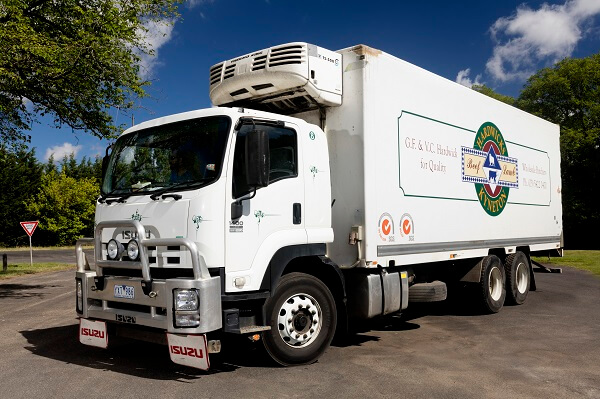 Food processors, brewers, petfood producers and other industrial energy users are exploring whether it is feasible to use renewable energy with heat pump technology to produce industrial grade heat.

Process heating accounts for the largest share of onsite energy use in Australian manufacturing, with lower temperature operations like food production particularly well-suited to transition to renewables.

To help producers to understand how they could benefit from making the switch, ARENA provided funding to the Australian Alliance for Energy Productivity (A2EP) to undertake pre-feasibility studies at a range of sites around Australia, with the most promising locations advancing to full feasibility studies.

A2EP’s work is focused on promoting commercially available technologies like heat pumps and thermal storage, which are not yet widely used in Australia but have demonstrated their potential overseas.

European countries are showing what is possible with strong adoption of heat pumps for industrial and residential applications, particularly in Scandinavia where the technology has taken market share from traditional gas boilers.

The growth in popularity is evident in a recent study published by Global Market Insights that predicts the European industrial heat pump market will surpass USD 300 Million by 2027.

Both Hardwicks and 3 Ravens plan to use renewable electricity from existing solar arrays to power heat pumps, and also transfer waste heat from chillers to produce hot water for cleaning, sterilisation and packaging.

As well as maximising the use of the existing solar PV installations, the systems could dramatically reduce the use of gas boilers at both sites and provide greater flexibility in their energy demand.

Innovations like these are predicted to become a growing market as more renewables come online, providing a way to maximise the utilisation of cheap wind and solar and manage peaks in energy demand.

According to A2EP CEO Jarrod Leak, heat pumps have a wide range of applications and are proving to be the best technology to improve energy productivity and decarbonise heating below 100 degrees celsius.

“Almost all food and beverage processing has a demand for sub 100 degree heat, especially for cleaning and sterilising but also for many drying applications,” Leak explains.

“The new range of heat pumps being developed for 150 degrees celsius heat will be the real game changer, with the ability to transform many more industries such as brick and paper manufacturing,” Leak said.

He predicts that a greater uptake of the technology will create hundreds of local jobs and stimulate more than $50 million of investment per year.

“The potential reduction in natural gas usage for the manufacturing sector would be more than 5 PJ/annum or more than 255,000 tonnes per annum of CO2. This will play an important role in reducing Australia’s emissions in the ‘hard to abate’ area of process heating.”

Leak explained that the “coefficient of performance” for industrial heat pumps is the key to their effectiveness.

“For every kW of electrical energy input, you can move up to 6kWs of thermal energy. A steam system usually operates at an efficiency of less than 60% so a heat pump can be a 10 fold improvement in the way energy is being used.”

“If you combine this performance with the reducing price of electricity and a decarbonising grid, you get a compelling business and environmental case for heat pumps,” Leak said.

From the studies undertaken by A2EP, the case at the Hardwick Meatworks looks to be strong. Like many other manufacturers, they have struggled with volatility in the price of gas, which has impacted their energy intensive operations.

Hardwicks were recently featured on the ABC’s Four Corners program, where Head of Projects Mark Hardwick spoke about their work to date constructing a solar farm and large battery.

Since installing the system, Hardwick told ARENA that he had questioned whether there was an opportunity to heat water with the excess solar that was being exported to the grid.

A2EP’s project allowed them to explore the suitability of heat pump technology, which Hardwick says they doubted would be viable prior to undertaking the study.

“The economics of the study proved that the implementation of the heat pump for the site had a strong business case,” Mark Hardwick said.

They are now developing the next phase of their renewable transition, planning to add a heat pump with 1000 kW (thermal) of output to their existing microgrid, which already includes the 2.5 MW solar farm and 2 MWh battery.

They estimate that the system would reduce Hardwick’s gas consumption by 75 per cent and reduce CO2 emissions by 450 tonnes. The 1107 MWh per year increase in electricity consumption would be offset by 1000 MWh of electricity produced by a second stage of their solar farm project.

Hardwick’s are grappling with some of the technical challenges associated with the next stage of the project, with the pandemic also slowing progress.

Asked about the biggest barriers for businesses like his considering making the switch to renewable technologies like heat pumps, Hardwick says the lack of evidence makes it hard to justify the expenditure.

“From our traditional capital investments we are a lot more comfortable investing in technology and equipment which has been adopted by competitors, and we can have a direct insight to the success,” he said.

“Good and bad, but I feel like the last major shift to renewables by businesses was the result of a significant jump in energy prices a number of years ago. It is a very hard decision for businesses to replace existing infrastructure towards renewables especially when there are so many other demands on limited capital.”

The Australian Government has committ... Read more
Renewables for industry
Australian businesses are making one big mistake when it comes to renewable energy. image

If there was any doubt that the Austr... Read more
Renewables for industry
A-Lab Incubate 2018: hatching wild ideas image

Where do great ideas come from? Is it... Read more
Renewables for industry
Renewable energy brings heat to manufacturing image

Manufacturing the products we rely on... Read more
Renewables for industry
View all related stories
Follow Us
Back to top