Manufacturing the products we rely on in our day-to-day lives is an energy hungry business. 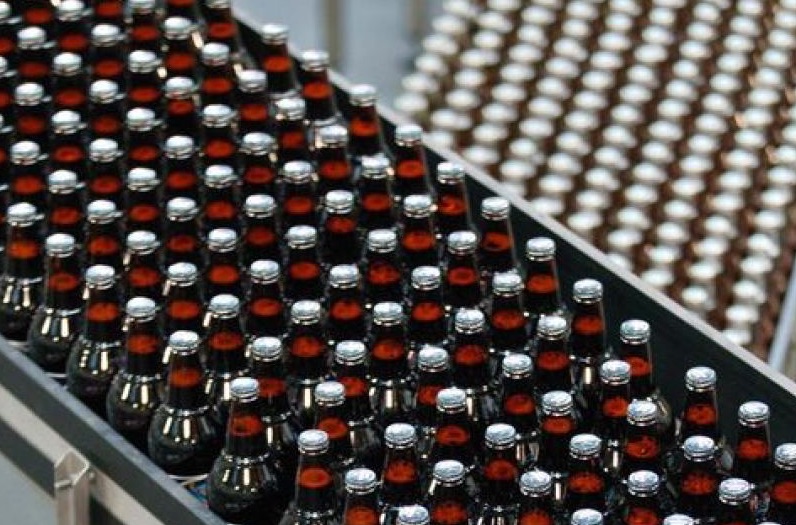 Bottle production on the assembly line.

Whether brewing beer, making paper, turning raw minerals into valuable products, or undertaking other common industrial processes, manufacturing relies on heat – and a lot of it.

Since the rise of coal in the industrial revolution, the heat has largely come from fossil fuels. Gas, coal and oil have underpinned much modern manufacturing, but renewable alternatives are emerging – particularly for lower temperature processes.

Now, as part of its newly-announced support for Australian industries to lower emissions, ARENA is providing $460,500 in funding to the Australian Alliance for Energy Productivity (A2EP) to help businesses make the switch to renewables.

The funding will support manufacturers to undertake feasibility studies into projects that will reduce emissions, lower energy bills and help to bring down the cost of new technologies.

Ten pre-feasibility studies have already been undertaken, from which five will be chosen to progress to the full feasibility stage.

The sites have been selected to trial technologies that aren’t yet widely used in Australia. Applications have been encouraged for projects that electrify processes currently powered by fossil fuels, utilise heat pumps powered by renewables, or produce heat from combustion of renewable resources like biogas.

Feasibility studies and a business case for each of the five sites will be completed by the end of 2019, at which point the projects will be eligible to apply for ARENA funding to implement the plans developed.

ARENA CEO Darren Miller said that there is an opportunity to work with industry to grow renewable energy, as well as reduce their costs and emissions.

“A2EP’s project aligns with what ARENA is aiming to achieve through its new investment priority in helping industry to reduce emissions by supplying case studies which can be replicated more widely,” Darren Miller said.

“There is potential to increase the application of renewable energy for process heating in manufacturing. By switching to renewable energy technologies, industries such as food and beverage processing can significantly reduce their reliance on traditional forms of energy and save money on their operating costs,” he said.

Compared to other countries, Australia has been slow to embrace renewable ways of producing heat for industrial processes.

Australian Alliance for Energy Productivity CEO Jonathan Jutsen said there are a range of innovative but proven technologies available that could Australia could embrace.

“There is great potential to be smarter about process heat. We waste a great deal of energy and we don’t take advantage of cost-effective renewables,” Jonathan Jutsen said.

“There are literally thousands of businesses that could benefit from these ideas,” he said.

Research undertaken by ARENA in 2017 found that people overwhelmingly believe businesses should use renewable energy, and are willing to put their money where their mouth is.

Four out of five people surveyed said they believe businesses should use renewables, and three quarters said they would buy a product or service that was made with renewable energy over a comparable one that wasn’t.

One manufacturer already seeing benefits from renewables is oilseed processor MSM Milling. Based in central New South Wales, the company’s plant was reliant on diesel, but is now powered by a Danish biomass system using waste materials from nearby forestry operations.

In its first six months of operation, the biomass boiler has reduced energy costs by about 70 per cent. Over 20 years, the biomass system is projected to save 80,000 tonnes of CO2 emissions.

The Energy Innovators: Gloria Chan on the CEFC’s $10 billion bid to transform the energy system

We hear a lot about the energy transi... Read more
Renewables for industry
What Australia’s corporate leaders really think about renewable energy image