Australian innovators AMSL Aero are taking renewable energy to the skies with their green hydrogen aircraft. 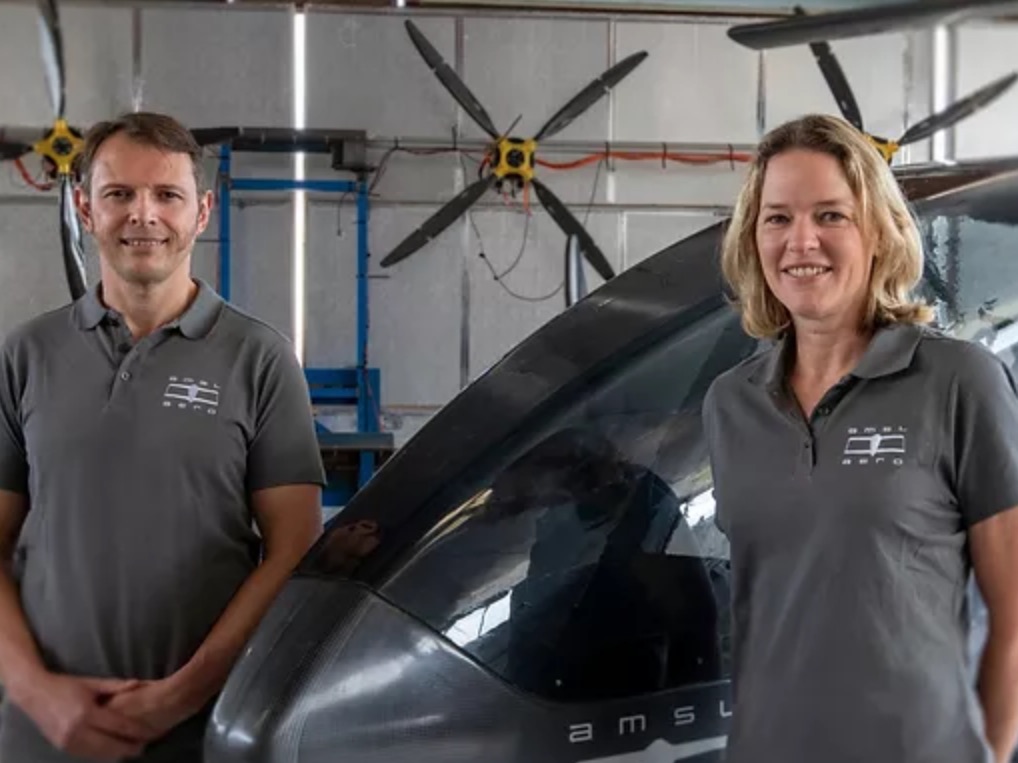 Founders Andrew Moore and Siobhan Lyndon joined us this week to share their vision for air travel with a green hydrogen aircraft and explain how soon we might take off in their emissions free ‘air taxi’.

Aviation today accounts for more than two per cent of global emissions, with the weight of batteries a barrier to electrifying long haul routes.

Electric motors are emerging as an option for shorter journeys, like those performed by regional carriers and air ambulances.

Moore has used his aeronautical engineering background, paired with 15 years experience in the aviation industry, to inform the design of AMSL Aero’s “Vertiia” aircraft.

It will come with the option of hydrogen fuel cell or battery electric propulsion, with hydrogen able to travel 1000 kilometres for the same weight as the battery version which can cover about 250 kilometres.

“Currently there isn’t a great replacement for jet fuel that can offer airlines the range needed to make a transition. But with advancements in batteries and green hydrogen, that equation could change quickly.“

The aircraft takes off vertically like a helicopter, using eight electric powered rotors that rotate to horizontal to allow it to fly using a pair of wings. This allows the Vertiia to take off in a small space and also allows fast and efficient cruising.

In hydrogen guise, the Vertiia can travel up to 1000kms non-stop at a speed of 300kph, which AMSL Aero say will increase over time.

“They can land and take off from roughly the size of a tennis court.”

They have built a full sized prototype, which will begin test flights in 2022.

The prototype has been built in Sydney using a combination of locally built components and Slovenian engines.

Describing the design, Moore speaks about growing up on a farm surrounded by aeroplanes that were used for agricultural processes.

“Lots of the farms around where I lived had ag strips, so it would be common to spread fertiliser using aeroplanes, and so all these farms had these ag strips, and so I’d see these planes flying around everywhere.”

They plan for the Vertiia to be in the skies within the next five to ten years, servicing busy flight routes between capital cities and providing a zero emissions alternative to helicopters for shorter flights.

They expect by then the aircraft will be able to travel at 700kph and change the way people see air transport.

Can we use hydrogen as an energy sour... Read more
Hydrogen energy
EDITORIAL – Hydrogen: Time may have finally come for the fuel of the future image