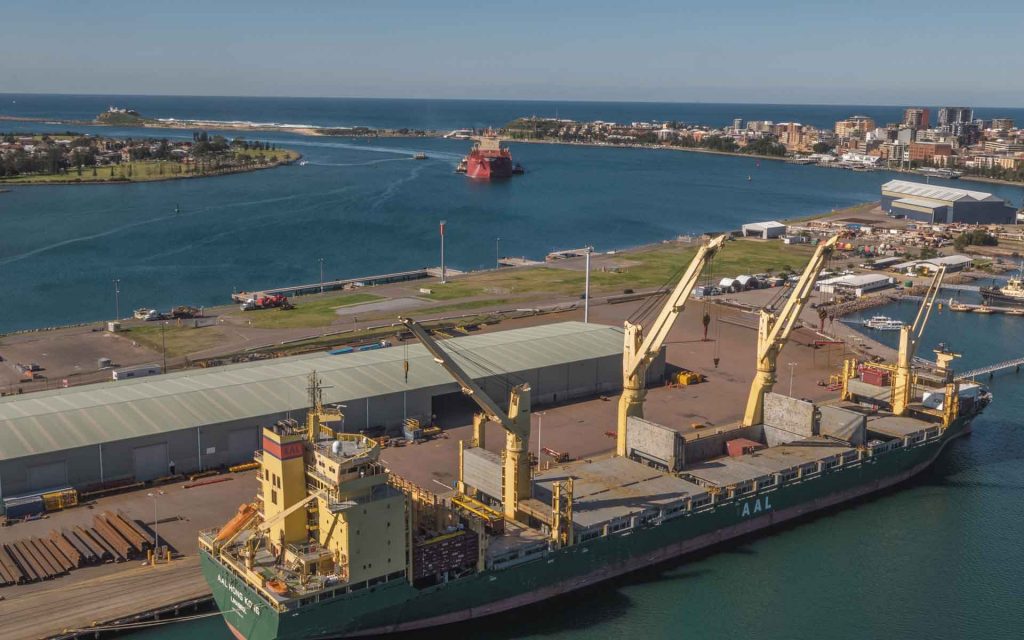 Green hydrogen could be exported from the central coast of New South Wales under a proposal led by the Port of Newcastle and Macquarie’s Green Investment Group.

Hydrogen would be produced with renewable electricity at a hub situated at the Port of Newcastle, a natural deep water port that began exporting coal more than 200 years ago.

Under the plan, a 40 MW electrolyser would supply hydrogen for use in a range of applications, including energy production, mobility and industrial uses like ammonia production.

An initial feasibility study will also explore a future scenario where the capacity of the electrolyser is scaled up to around 1 GW to produce as much as 150,000 tonnes of hydrogen per year.

ARENA has committed $1.5 million towards the $3 million study, which CEO Darren Miller said provides an opportunity to accelerate the diversification of the Port of Newcastle.

“Newcastle is an ideal location for this project due to existing infrastructure and skilled workforce, both of which will be so important as we scale up,” Mr Miller said.

“With the backing of Macquarie’s Green Investment Group, Newcastle could become a hub for the production and use of hydrogen for domestic and export opportunities for Australia,” he said.

Project partners Idemitsu, Keolis Downer, Lake Macquarie, Snowy Hydro and Jemena will be joined by collaborators Macquarie Agriculture and the University of Newcastle to support the study.

The Port already handles around 4,400 annual ship movements using just half of the capacity of the shipping channel, with established trading routes to the growing hydrogen markets in Japan and Korea.

Prime Minister Scott Morrison, while visiting the Port of Newcastle, said the study would identify the region’s current and future potential as a hydrogen hub.

“Newcastle and the Hunter will be an important part of Australia’s transition under our plan to reach net zero emissions by 2050,” the Prime Minister said.

“Newcastle is the biggest port on the east coast, with 50 per cent of its capacity available for future industry development making it a great asset for the region to become one of the seven Clean Hydrogen Industrial Hubs my government is delivering.”

A hydrogen strategy released by the New South Wales Government in October predicts that hydrogen will replace petrol and diesel for transportation and help to decarbonise gas distribution networks and manufacturing.

Releasing the strategy, NSW Treasurer and Energy Minister Matt Kean said that hydrogen will contribute to efforts to halve the state’s emissions by 2030 and create new jobs in heavy industry.

“This strategy is forecast to more than halve the cost of green hydrogen production in NSW and will make NSW the best place to invest in hydrogen in the world.”

The Commonwealth Government has set a stretch goal of producing hydrogen for $2 per kilogram, at which point electrolysers and other low emissions methods are able to compete on cost with hydrogen from fossil fuels.

ARENA has recognised this goal in new investment priorities that also include a focus on achieving further cost reductions in solar PV, which will help to reduce the cost of producing green hydrogen.

As part of efforts to commercialise hydrogen electrolysers, three projects received conditional approval to share in $103 million of ARENA funding in May. The electrolysers are expected to be amongst the largest in the world when construction begins in 2022.

A new power-to-gas trial will pump re... Read more
Hydrogen energy
View all related stories
Follow Us
Back to top