A new funding round expected to unlock some of the world’s largest hydrogen electrolysers. 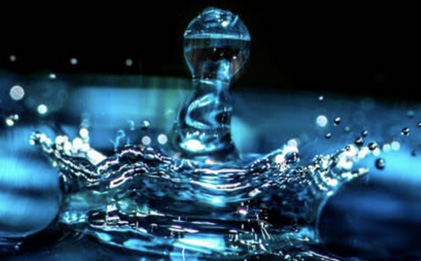 Water is made up of hydrogen and oxygen.

ARENA has today opened a $70 million funding round to help fast track the deployment of hydrogen electrolyser technology.

The new funding aims to drive down the cost of producing renewable hydrogen through commercial scale electrolyser projects.

With a goal of bringing the cost of green hydrogen production under $2 per kilogram, projects seeking funding must deploy electrolysers with at least 5 MW capacity that are powered entirely by electricity from renewable sources.

Applications that will use electrolysers that are 10 MW or larger will be preferred, which is expected to make the successful projects some of the world’s largest renewable hydrogen deployments to date.

The funding round is now open for expressions of interest, with the aim of awarding funding before the end of 2020. Two or more hydrogen projects will be supported, with the aim of starting construction as early as 2021.

Next stage of renewable energy transition

While the electricity sector dominates headlines, work is underway to provide renewable alternatives for industry, heavy transport and other sectors that rely on liquid fuels. Hydrogen is emerging as a likely pathway, driven by the rapidly falling cost of electricity from solar and wind.

The most promising way to produce renewable hydrogen today is through the process of electrolysis, splitting water into hydrogen and oxygen using electricity from renewables. This creates an emissions-free gas, which can be liquified or converted to a carrier like ammonia and exported to the world in purpose-built ships.

Just as Australia has become one of the world’s largest exporters of natural gas, there is an opportunity to use our rich solar and wind resources to become a future exporter of renewable hydrogen.

ARENA CEO Darren Miller said the funding will advance the commercialisation of hydrogen production in Australia.

“With this significant investment we expect to take the sector to the next level. We’ve supported a range of feasibility studies and pilot projects over the past two years, but now we need to start the journey of producing hydrogen at scale,” Mr Miller said.

To date, ARENA has provided more than $55 million in funding to a range of pre-commercial renewable hydrogen projects. Dyno Nobel, Queensland Nitrates and Yara Fertilisers are undertaking feasibility studies into using renewable hydrogen to supplement their existing ammonia production, while ATCO, Jemena and Australian Gas Networks are trialling the blending of renewable hydrogen into existing natural gas pipelines.

“To take advantage of hydrogen’s potential, we need to increase the scale and reduce the costs of electrolyser installations in Australia. Through this round, ARENA aims to share knowledge on technical and commercial parameters for commercial-scale renewable hydrogen production for domestic and international markets.”

Listen to a recent episode of ARENA’s podcast ReWired, where Darren Miller said hydrogen has the flexibility to become a game changer for Australia as a globally traded commodity.

In late 2019, Australia’s National Hydrogen Strategy was launched with four measures to assess the success of a future hydrogen industry – Australia should be one of the top three hydrogen exporters to Asian markets, hydrogen should be providing economic benefits and jobs, there should be an excellent hydrogen safety record and a hydrogen provenance certification scheme should be in place.

Europe and the United States are also emerging as likely markets, with interest in hydrogen for transport applications in the near term, as well as longer term ambitions to use renewable hydrogen for steel making and chemical production.

While Australia has a head start with strong trading relationships and established supply chains for natural gas, ammonia and other resources, there is expected to be strong competition for the growing demand. To provide the best chance in an emerging market, ARENA is working to drive the cost of producing one kilogram of hydrogen below $2, or “H2 under $2”.

“H2 under $2” is the first economic goal of the forthcoming Australian Government’s Technology Investment Roadmap. If hydrogen can be produced at scale for $2 per kilogram or less, it would be cost competitive with natural gas and other fuels.

Minister for Energy and Emissions Reduction Angus Taylor said that this funding would be “essential” to bringing down the cost of hydrogen and “achieving that goal”.

“Getting costs down will be key to establishing Australia as a world leader in the hydrogen sector through both domestic uses, such as blending hydrogen into local gas networks and heavy-vehicle transport use, to exporting Australian-made hydrogen to our key trading partners, like Japan and Korea,” he said.

In what is described as a “cautiously optimistic” scenario, the National Hydrogen Strategy forecasts that Australia’s hydrogen industry could generate 7,600 jobs and $11 billion in additional GDP by 2050.

Darren Miller is optimistic, stating that, “Australia is well placed to become a major renewable hydrogen producer and exporter. We are blessed with some of the world’s best wind and solar resources, a large sparsely populated landmass, and as a major energy and resources exporter, we are already an experienced and trusted trading partner for countries like Japan and South Korea that will be the future hydrogen importers.”

The trucks will run on hydrogen from ... Read more
Hydrogen energy
View all related stories
Follow Us
Back to top