Danish toy manufacturer LEGO recently announced that their goal of powering operations entirely with renewable energy has been reached three years ahead of schedule. 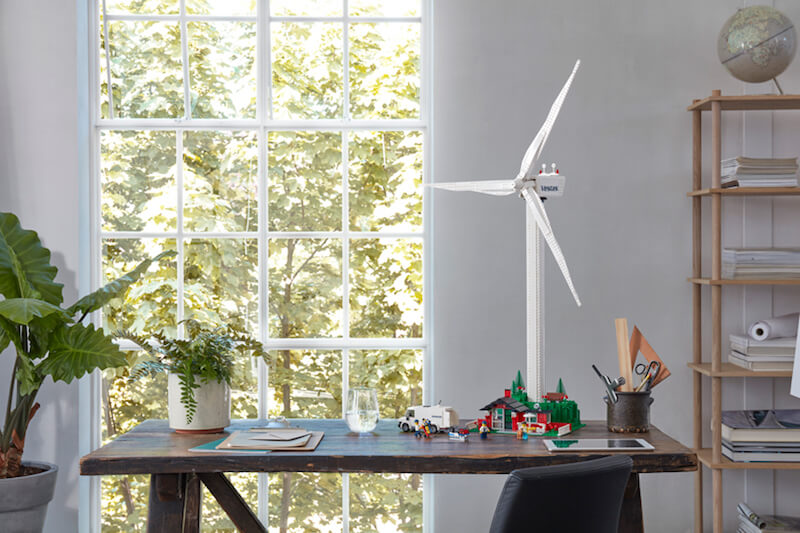 To celebrate the milestone, the company has built a 7.5 metre tall wind turbine from 146,000 LEGO bricks, claiming a new Guiness World Record in the process.

KIRKBI A/S – LEGO’s family-owned holding and investment company – say they have invested about DKK 6 million (roughly AUD $1.3 billion) in offshore wind projects since 2012. The output from the investments now exceeds the consumption from all of LEGO’s factories, stores and offices.

That represents a lot of energy. In 2016 the LEGO group used more than 360 gigawatt hours of electricity to produce 75 billion LEGO bricks.

The company’s newest investment is a 25% stake in the Burbo Bank Extension wind farm, located off the coast of Liverpool in the UK.

Officially opened in mid-May, the new 258 MW wind farm has capacity to generate clean power for more than 230,000 British households.

CEO of The Lego Group Bali Padda said they won’t stop investing in renewables now that they have balanced their energy usage.

“We work to leave a positive impact on the planet and I am truly excited about the inauguration of the Burbo Bank Extension wind farm,” Bali Padda said.

“This development means we have now reached the 100% renewable energy milestone three years ahead of target. Together with our partners, we intend to continue investing in renewable energy to help create a better future for the builders of tomorrow,” he said.

Their factory in Jiaxing, China, will soon have 20,000 solar panels installed with a capacity of almost six gigawatts.

LEGO is far from alone in the journey to power its operations entirely with renewables. Swedish furniture giant Ikea has also signed up to RE100, the global initiative accelerating the transition to renewables. Ikea are on track to reach 100 per cent renewables energy in 2020, following the lead of companies like Apple and Google who have already achieved the milestone.

A number of Australian companies have made the pledge, including software developer Atlassian, QBE Insurance and the Commonwealth and Westpac banks.

Businesses looking to make the switch to renewables can connect with developers through the Business Renewables Centre’s online marketplace. Within months of launching the marketplace had more than 7,000 MW of wind and solar up for grabs.

ARENA recently partnered with the Aus... Read more
Wind energy
View all related stories
Follow Us
Back to top