Renewable energy is not without limitations and prominent among them is variability. The sun does not always shine, nor the wind always blow. 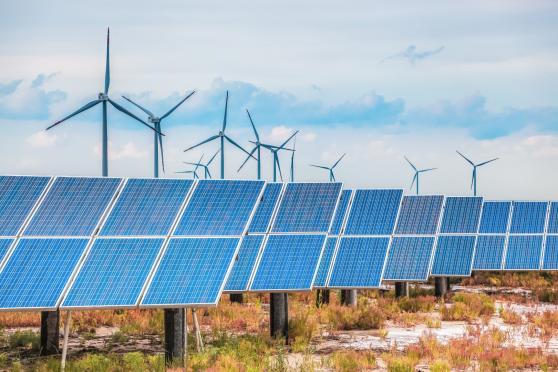 But the trailblazing Kennedy Energy Park project in far north Queensland is on the verge of testing whether a new approach, combining wind, solar and Tesla-supplied battery storage, can provide dispatchable renewable energy into the grid from a single site, 24 hours a day.

Kennedy Energy Park, near the remote town of Hughenden, is now entering the construction phase of development after securing funding from ARENA and finance through the Clean Energy Finance Corporation.

The $160 million project, the first of its kind anywhere in the world, is a hybrid of wind, solar and battery storage. Expected to be fully operational by the end of 2018, it will produce around 210,000 MWh of power each year – enough electricity to power the townships of Hughenden and nearby Julia Creek, 300 km inland from Townsville (or around 35,000 average Australian homes).

Kennedy will be developed by wind energy company Windlab in conjunction with Eurus, Japan’s largest developer of wind and solar farms. Windlab was originally established by the CSIRO, Australia’s principal scientific research institute, to develop cutting-edge atmospheric modelling tools to find the best wind energy sites in Australia and internationally.

Windlab CEO Roger Price said the project was a model for how Australia might use its natural resources to its economic and environmental advantage in the future, and that the technology, which he dubbed “high-penetration renewable energy”, could be exported globally.

“At the location it’s very sunny during the day, which is no surprise, but then the wind starts to blow in the late afternoon and continues to blow through the night,” he said.

“By putting the two technologies together with some storage behind one connection point, we’re creating a hybrid generator.”

“That means there is much less variability, and much more predictability at being able to provide renewable energy that very closely matches average network demand.”

ARENA will contribute an $18 million grant for the development of the $160 million project. Equity will be provided by Windlab and Eurus, with the Clean Energy Finance Corporation (CEFC) contributing $94 million of non-recourse debt on a long-tenure basis.

The facility will provide 60 MW in total, including 43.2 MW of wind power and 15 MW of solar, which will be backed up by 2 MW of lithium ion storage, supplied by Tesla. It will provide a template for how battery storage can complement and boost solar and wind energy in the future.

ARENA Chief Executive Officer Ivor Frischknecht said the Kennedy Energy Park project will be the first time a combined large scale solar, wind and battery farm will be connected to the grid.

“Kennedy enjoys one of the best and largest wind resources in Australia, alongside one of the best solar sites. The project will provide renewable energy to North Queensland, while providing a test case for connecting hybrid wind, solar and storage to the NEM,” Mr Frischknecht said.

The location is also ideal because far north Queensland is one of the few parts of the National Electricity Market where demand is currently growing (across much of Australia demand is growing at peak times but is stable or falling overall).

The grid connection and battery storage will also allow the facility to provide valuable grid stabilising services, such as frequency control – where short injections of electricity are dispatched into the grid to balance supply and demand and ensure system stability. Such services are usually only provided by coal or gas-fired power stations.

Big and getting better?

Hopes are high that Kennedy will be a first step for a massive expansion of renewable energy in the region.

“This project in its own right is very exciting, but for us it’s even more exciting because we believe it’s a catalyst for what we call Big Kennedy, north of this location, which is a huge 80,000-hectare area capable of supporting 1200 megawatts of wind alone,” Price said.

In June the Queensland government, which has committed to a goal of 50 per cent renewable energy by 2030, pledged half a billion dollars to boost transmission in the area. Windlab hopes ‘Big Kennedy’ – which it will fully own – will be online in two to three years time, with the potential to power a far bigger area of North Queensland.

“You’re going to see a significant amount of solar built in Queensland, because it has such a great solar resource and solar’s become so cheap, but what you can’t do is meet that whole 50 percent target using solar alone, because it’s only sunny during the day,” Price said.

“But there is a considerable wind resource in Queensland which is compatible with the solar. With Kennedy, we’re really showing how these technologies can work together, which will help guide the state in looking at how it can meet its 50 percent renewable target over the next 12 years.”

The project will also help Australia meet its commitments according to the Paris Agreement, while helping to lower energy prices, Windlab says.

“I don’t think there’s a location in Australia where the wind resource and the solar resource are as complementary as they are here, but there are other locations where it’s still very economically viable to combine those two resources together, both in far north Queensland and in places in Western Australia,” Price said.

A lesson for the world

Windlab also works in eastern Africa and southern Africa, and the company believes the technology on show at Kennedy could be replicated and exported internationally to these and other locations.

It ill also be a shining example at home of how renewable energy can prove itself to have outgrown some of the limitations that accompanied its early stages.

“I think this project will demonstrate that you can deliver very low-cost and highly reliable renewable solutions,” Price said. “The industry’s got a bit more work to do prove that, but over the course of the next few years I firmly believe it will become self-evident.”

How do you get a power system to a re... Read more
Hybrid technologies
Lord Howe Island renewables switch image

Lord Howe Island draws thousands of v... Read more
Hybrid technologies
Spending on poles and wires pushes up your electricity bill. It doesn’t have to be that way image

One of the most expensive parts of ru... Read more
Hybrid technologies
View all related stories
Follow Us
Back to top