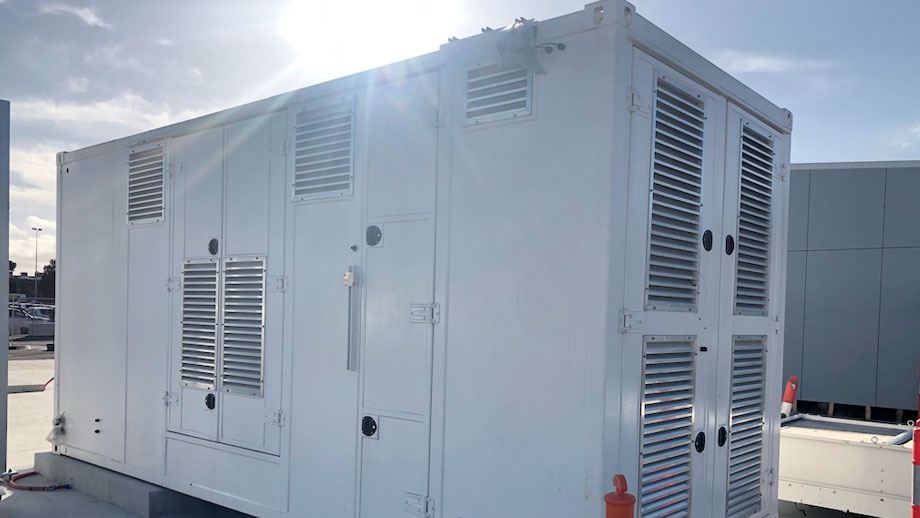 Works to convert Toyota’s Altona vehicle assembly line into a hydrogen production and education centre are on track to be complete in the first half of next year.

Supported by $3.07 million in ARENA funding, the centre will be equipped with a hydrogen electrolyser, commercial grade hydrogen refuelling station and education spaces, helping Toyota to achieve its target of zero emissions from its sites and vehicles by 2050.

The hydrogen refuelling station will be the first to be made available to the public in Victoria, offering hydrogen produced using electricity from on site solar panels and battery storage.

Construction has been delayed by COVID-19, but is due to be completed in the second quarter of 2021.

The system has capacity to produce approximately 80kg of renewable hydrogen per day for use in hydrogen fuel cell vehicles. The hydrogen created will be stored in a series of high and low pressure tanks, with a 30 kW fuel cell also being installed to convert hydrogen back into electricity to power the site if needed.

“Our target is to make around the 60 kilogram mark and we want to use as much green energy as possible,” Toyota Australia’s Manager of Future Technologies and Mobility Matt Macleod explained to ARENA.

While it isn’t yet available in showrooms, Toyota currently produces the Mirai midsize sedan, which uses an electric drivetrain powered by electricity from a hydrogen fuel cell.

Unlike popular battery electric vehicles that can take more than half an hour to reach 80% battery charge – on even the fastest chargers – the Mirai’s hydrogen tanks can be refilled in minutes in much the same way as a conventional petrol or diesel car and travel a similar distance between refills.

Toyota is quick to dispel concerns about the safety of hydrogen technology, highlighting the strength of multilayer storage tanks and use of hydrogen sensors to detect leaks.

Toyota says the Mirai’s performance is comparable to a diesel four cylinder combustion engine, accelerating from 0 to 100kph in under 10 seconds and going on to a top speed of 178kph.

South Korean manufacturer Hyundai has also brought 20 of its Nexo hydrogen fuel cell vehicles to Australia, which will be deployed in the ACT Government’s fleet before the end of 2020.

Fleet rollouts are predicted to make up the bulk of early hydrogen vehicle deployments, as refuelling infrastructure is put in place for private buyers.

As a founding member of the Australian Hydrogen Council – formerly Hydrogen Mobility Australia – Toyota sits alongside a group of companies working to commercialise hydrogen technology.

The projects form part of a concerted effort to reduce the emissions intensity of natural gas supplies and help to achieve the industry’s goal to reach “near zero” emissions by the middle of the century.

Toyota believes that hydrogen fuel cell vehicles have a role to play, alongside battery electric and hybrid technologies.

“Mobility only makes up a very small component of that larger hydrogen economy and we see a place for multiple electrification technologies, whether it be hybrid or battery electric or fuel cell electric to contribute to that overall goal,” Macleod explained.

Given both EV and fuel cell vehicles use electric motors to drive the wheels, it is likely to be a choice for the customer whether that energy is stored in a battery or as hydrogen.

“There are benefits and challenges with each and it will depend on the customers lifestyle and preference.”

Macleod believes that the technology has a significant role to play in reducing emissions and storing renewable energy, with opportunities to grow the economy exporting sunlight as hydrogen and ammonia.

“It’s early on here in Australia, but is an exciting industry to be in right now.”