The buses will be charged by solar panels installed on the roof of a depot in Sydney’s inner-west. 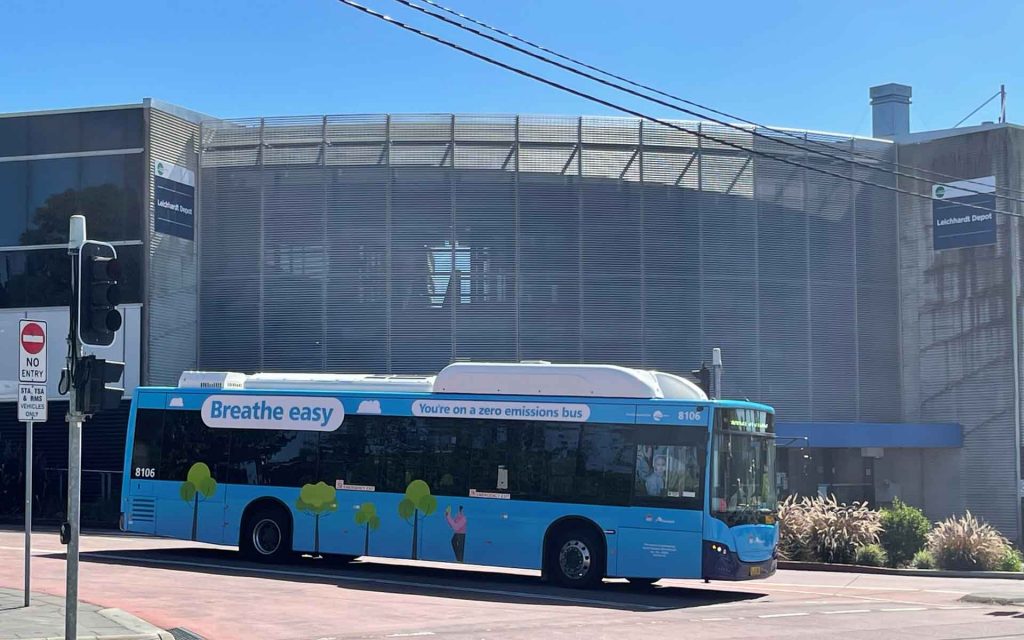 A new rollout of zero emissions buses has begun as part of an ARENA-supported project.

The buses will be charged from a solar array installed on the roof of the Leichhardt depot, storing energy in onboard batteries capable of holding up to ten times as much energy as an electric car.

Electricity from the solar system installed on the depot’s roof will be stored in a 2.5 MW on-site battery during the day, charging buses overnight through five 120 kW points and thirty one 80kW chargers.

The first 12 buses hit the streets in October, servicing public bus routes in Sydney’s Inner West, the CBD, Mascot and Green Square. An additional 28 buses will be delivered within six months.

Zenobē co-founder and director Steven Meersman said the buses will perform a full day of operation and avoid negative impacts on the grid by changing overnight from the stationary battery installed at the depot.

“Together we’re proudly showcasing what is possible when it comes to the delivery of zero emission transport and we commend Transit Systems on their commitment to producing more sustainable transport solutions,” Meersman said.

Clint Feuerherdt, CEO of Transit Systems’ owner SeaLink Travel Group, said they are providing a pathway to more zero emissions transport around Australia and the world.

“This hallmark collaboration demonstrates what is possible in the rollout of greener public transport by bringing together expertise from the energy and transport sector, and we’re excited to share the outcomes and learnings as we progress with the wider industry,” Feuerherdt said.

ARENA has announced $5 million in funding for the $36 million project, which has also received $24.5 million in financing through the Clean Energy Finance Corporation.

“ARENA is focused on projects that help prepare the electricity system for EVs. Appropriate coordination and management of EV charging can reduce risks and turn EV charging into a positive for the electricity network by improving capacity and renewable energy utilisation, benefiting all consumers.”

Proving the technology at scale will be vital to achieve a NSW Government goal of transitioning their fleet of more than 8000 buses to electric by 2030.

The Transport for NSW strategy includes a dramatic ramp up from 2023, with between 1200 and 1300 buses predicted to be delivered each year by the end of the decade.

Electrification offers a way to grow the use of renewable energy across the transport sector, which is Australia’s fastest growing source of emissions.

Transgrid’s executive manager of strategy, innovation and technology Eva Hanly said the project will provide an evidence base to inform the electrification of transport.

“The model we’re using could be used to facilitate the roll-out of electric buses and commercial vehicles at large scale across Australia. As we plan for the energy system of the future, this project will give us the data we need to understand how electrification of transport will affect energy supply and demand patterns,” she said.

Could your next car also power your h... Read more
Battery storage
View all related stories
Follow Us
Back to top