Fifteen weeks is not a long time. But, in the lead up to the end of 2016, it was long enough for a range of unprecedented events to occur in Australia that have set renewables on a course that cannot be reversed. As 2017 stretches on we continue to see these events reverberate, increasing the pace and intensity of the shift to renewable energy. 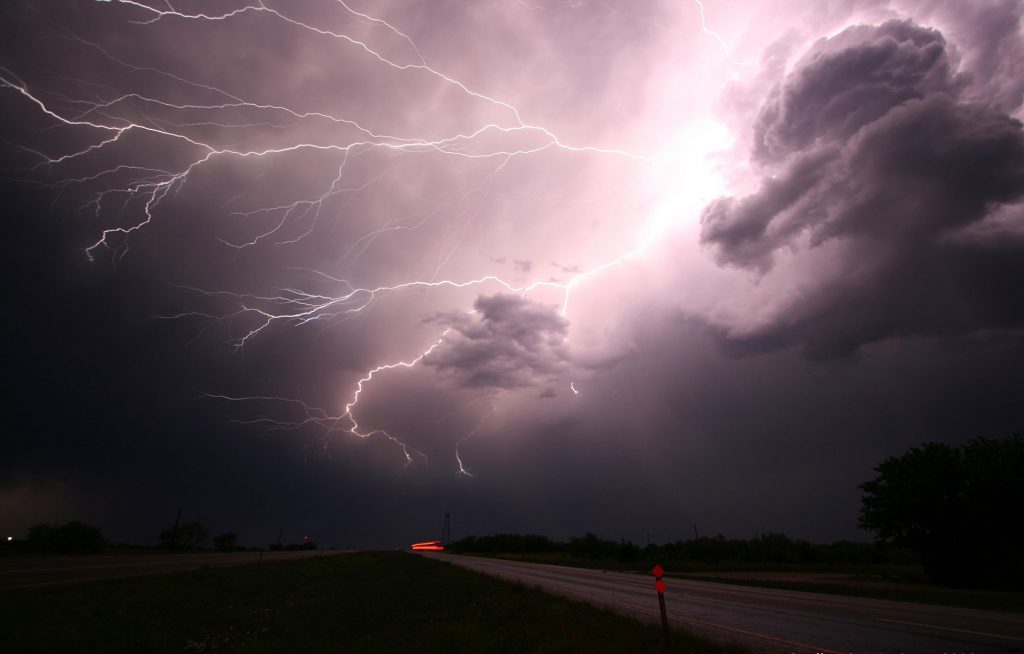 Electrical storms in the sky.

Some of these tipping points represent challenges, and some are opportunities. Many are both. And all highlight the achievements already made, and the significant effort still required in order for the nation to transition to a renewable energy future. So what are the five events that changed everything for renewables in Australia?

More than twenty electricity transmission towers were destroyed causing wind and gas generators to disconnect from the grid and the interconnector with Victoria to fail. Much of South Australia was without power for several hours, with full power not restored to all parts of the state until two weeks later. Because of South Australia’s high level of wind energy penetration, the role of renewables in the blackout became an issue of public discussion.

ARENA Chief Operating Officer Nicola Morris discusses some of the causes of the SA blackout and how they relate to ARENA’s renewable energy mission here.

In May, ARENA announced a round of funding for Demand Response proposals. It’s a move that will have a real impact on reducing strain on our energy networks, deploying innovative thinking to find solutions that will improve stability of supply. What is demand response? Read Adam Morton’s terrific explainer to find out more.

In June, the NSW government lent its weight to the demand response funding round and ARENA committed further money itself. Those additions brought the total amount to be invested in demand response to $37.5 million over three years.

It might have happened eventually without events in South Australia, but it has certainly been sped up by them.

A little over a week later, on October 7, State, Federal and Territory energy ministers tasked Australia’s Chief Scientist, Dr Alan Finkel, with responsibility for conducting an independent review of the security of the National Electricity Market.

The review was to provide a blueprint for national reform in light of the increasing penetration of renewable energy, the increasingly distributed nature of the generation fleet, the withdrawal of fossil fuel generators, and Australia’s commitments under the Paris climate agreement.

Dr Finkel reported back in May, with a thorough blueprint containing 50 recommendations, many of them in line with ARENA’s projects and priorities. The resulting public discussion has placed renewable energy and energy security firmly at the forefront of public discussion.

On 28 October, the Tesla Powerwall 2 was announced. This product, with double the capacity and half the costs per kilowatt hour, has already shifted the economics of the energy system in Australia – even before it is released.

The rapid declines in the cost of small scale battery storage that many had predicted and hoped for, has been realised. A story in the Australian Financial Review shortly afterwards declared: “Tesla’s Powerwall 2 to pay for itself in six years, then its electricity is free”.

The article was based on analysis by energy analyst Bruce Mountain, and shows that the rapidly declining cost of solar and storage has reached a tipping point where I believe the market will rapidly shift from early adopters, to mass market in the next 12 months.

ARENA has continued its interest in battery storage as 2017 has progressed, pursuing a range of projects including a world-first battery storage testing facility, called ‘The Batt Lab’, which was launched in July.

On November 10, Australia ratified the Paris climate agreement. Our Paris commitments require us to reach net zero emissions by 2050. The high emissions intensity of the Australian electricity system (about 35% of our national emissions) means that much of the heavy lifting to hit our emissions reduction target will need to be done in this sector.

ClimateWorks Australia’s Pathways to Deep Decarbonisation in 2050 project, supported by ARENA, provides an indication of how we might reach our Paris goals. It implies the rapid deployment of renewables and radical energy efficiency in order to meet these commitments.

Tipping point 5: The end of the feed-in tariffs has a silver lining

Australia has more rooftop solar PV than just about anywhere in the world. Around 1.6 million households have installed 5GW of rooftop solar. In some suburbs and local government areas the proportion of dwellings with solar PV on the roof exceeds 40 per cent.

Importantly, on December 31 the premium feed-in-tariff paid to 200,000 households in NSW ended. Those households will start being paid roughly the wholesale market price for electricity, rather than the retail price they’ve been getting. The more energy from their solar panels they can store and consume, the better off they will be, making this market, and others in Australia, primed for a residential storage revolution.

The events that closed out 2016 mean that the sector is at what I believe to be a significant turning point. This presents a huge opportunity, and need, for innovation.

As a government agency working in renewable energy what can we do to enable this innovation? There is always going to be cynicism about governments delivering an innovation agenda, but at ARENA we hope to demonstrate, through action, what a high renewable energy future could look like.

We are already starting to shift the discussion from the theoretical, to the tangible reality of Australia’s energy future: one that’s at once affordable, reliable and renewable.

This article was originally written by Phil Cohen, former member of the Business Development team, ARENA.

Embracing disruption: How we’re moving from innovation to a reborn energy system image

ARENA is all about moving towards a b... Read more
General
Quokkas on the savannah? How ARENA’s work could help spur renewables in Africa image

Picture yourself on idyllic Rottnest ... Read more
General
View all related stories
Follow Us
Back to top