The school bells have rung and class has started in Australia’s first 100 per cent solar and battery powered relocatable classroom. 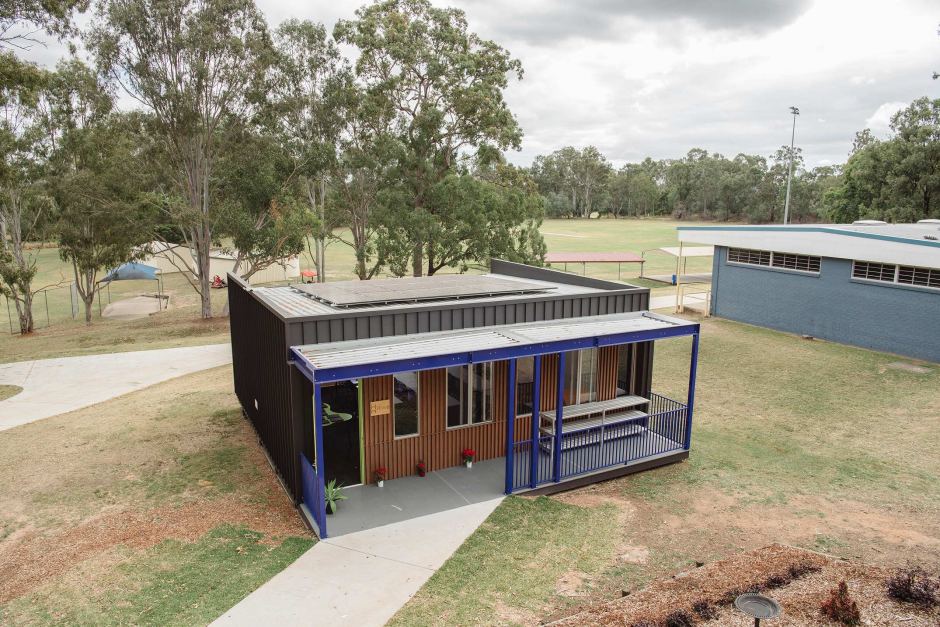 Unlike the first two solar Hivves, the newest classroom will be entirely powered by solar and batteries and won’t be connected to the electricity grid.

“Demountables are often put in as a temporary solution and remain permanently. The Hivve has been designed to replace that model in a sustainable and smart way,” Richard Doyle said.

Faced with a bill of more than $35,000 for a grid connection, the decision was made to install a Tesla powerwall and only connect the classroom to the school to share excess solar power produced on-site. Based on data gathered from the two Hivves, it’s expected that Bracken Ridge High’s new high-tech portable will produce enough energy to power two additional classrooms.

With an energy profile perfectly matched to the demands of a school day, Doyle said the solar setup is pushed hard to “maintain a temperature of between 20-24 degrees during the school day.”

He sees an opportunity for their technology to be rolled out widely following a pledge from the New South Wales Government to spend $500 million installing air conditioning in 1,000 schools.

“We’re collecting performance data for these buildings to show how Hivve can deliver that with no impact on the grid,” he said.

Doyle says the model is also well-suited for use in remote communities.

ARENA has provided nearly $370,000 to the three classroom pilot program which Hivve developed in collaboration with Tesla. ARENA CEO Darren Miller says the program opens the door for more Australian schools to switch to renewables.

“Demand for energy at schools occurs during the school day, when the sun is shining. There is a great opportunity to power classrooms via solar, backed up by battery storage,” Darren Miller said.

Rapidly growing populations and the rising popularity of solar is pushing transmission infrastructure to the limit, giving the new off-grid setup extra appeal.

“Many schools on the Eastern seaboard are currently at capacity on grid connection. This Australian-developed solution could help schools reduce costs and emissions, while also reducing reliance and demand on the grid,” he said.

“This solar-and-battery powered Hivve classroom at Bracken Ridge is both sustainable and self-sufficient as it powers itself while being completely off grid. The school avoids the significant upfront cost of grid connection while also saving on ongoing energy costs,” Mr Miller said.

Benefits being shared with existing buildings

According to Hivve, the oldest relocatable classroom in New South Wales was built in the 1960s.

The new modular portables have lessons from their old, poorly insulated and ugly forebears, designed for the long-term with the realisation that demountables are often put in as a temporary solution that remains permanently.

With each Hivve able to generate around 7600KWh of solar power every year in addition to its own requirements, the state of the art classrooms will reduce their host school’s reliance on grid power and bring down electricity bills.

They can also help to create a healthy environment for learning by measuring CO2 levels and alerting teachers when air quality deteriorates. Fresh air can be introduced through the heating/cooling system, or by opening a window.

While the new Bracken Ridge Hivve won’t be connected to the grid, all of the excess solar energy it produces will be captured on-site with a behind the meter connection to other school buildings.

The ARENA funded pilot will run for 12 months and data collected will be used to demonstrate how renewable energy could power schools.

Two NSW schools are in a class of the... Read more
Solar energy
Ultra-thin, lightweight and printable: the solar panel of the future image

Australia has an unfair global advant... Read more
Solar energy
View all related stories
Follow Us
Back to top