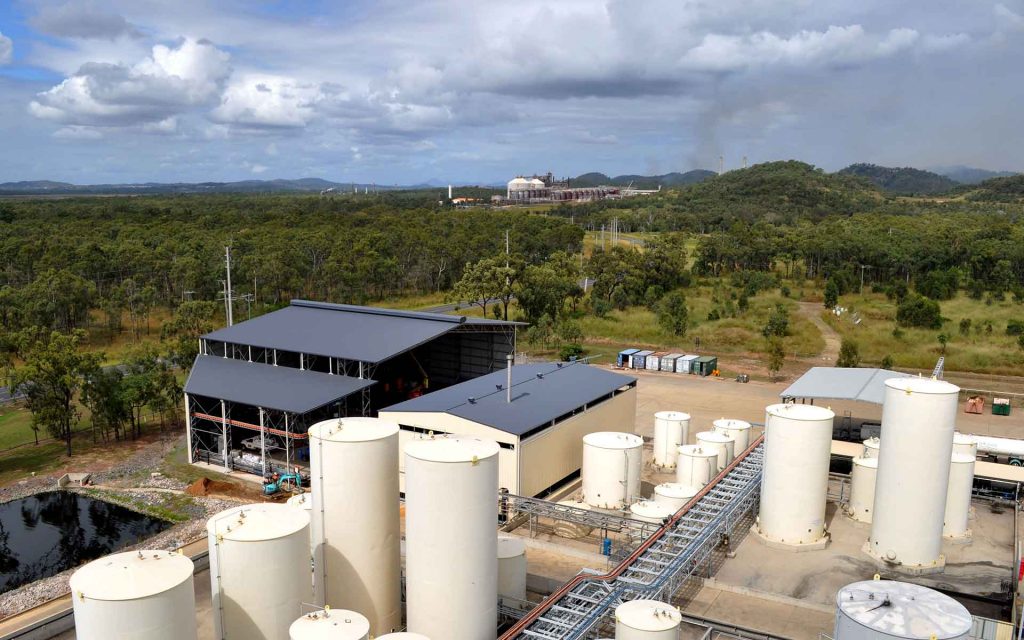 An arial view of the Queensland sewage treatment plant.

As Australia’s electricity system transitions to renewable energy at record rates, work is underway to find alternatives to gas and oil for sectors that are hard to electrify.

While hydrogen and electrification emerge as alternatives for cars, trucks, trains and even aviation, a Gladstone oil refinery has developed a system to turn a prolific waste product into a drop in liquid fuel.

An unlikely renewable energy feedstock is piling up at sewage treatment plants around the country. Millions of cubic metres of biosolids — the dried soil-like byproduct from the sewage treatment process — are currently composted or used as agricultural fertiliser.

There is no shortage of supply. Australia’s sewage treatment plants produce around 300,000 tonnes of the waste product every year, leading Melbourne Water to partner on the project in the search for new uses.

Southern Oil has had a long term interest in bioenergy, receiving ARENA support in 2016 to build an advanced biofuels laboratory at their Yarwun site, then additional funding in 2018 to demonstrate the hydrothermal liquefaction process with biosolids.

Two years into the project the company has proved that it is technically viable to convert biosolids into biocrude, which can replace oil extracted from beneath the earth’s surface. Using the process of thermochemical conversion, Southern Oil is successfully creating biodiesel indistinguishable from fossil fuels that can be dropped into diesel cars without any modifications.

“A tree falls on the earth and a million years later its down low enough in the earth with enough pressure and enough temperature that the hydrocarbon gets liquified. The hydrothermal liqueficator does the same thing, just on the surface of the planet and does it in about 15 minutes”

They say the system could produce fuel locally, reducing costs and boosting Australia’s energy independence. The sky may not even be the limit, given there are no technological barriers to refining the biocrude further into a renewable aviation fuel, despite the cost currently being prohibitive.

Now the initial phase of the project has been successful, Southern Oil will scale the system up to produce between 12 and 15 megalitres of biodiesel every year.

What next for the bioenergy demonstration project?

Due to be completed in the second half of the year, the work will help to inform the next series of investment and guide policy decisions in Australia’s bioenergy sector. It will also feed into an Australian Government’s assessment of energy technologies for investment between now and 2050.

ARENA received more than 150 submissions as part of the initial consultation phase, but project partners ENEA Consulting and Deloitte Touche Tohmatsu will continue to consult with the energy sector as the roadmap is developed.

Read more about the Technology Roadmap.

There are few images more identifiabl... Read more
Bioenergy / Energy from waste
Biomass starts to heat up down under image

As the Australian population grows, a... Read more
Bioenergy / Energy from waste
Our biggest ever commitment to creating sustainable biofuel for the future image

When you go to the petrol station do ... Read more
Bioenergy / Energy from waste
View all related stories
Follow Us
Back to top