How often do you think about what happens to the rubbish you put in the bin? 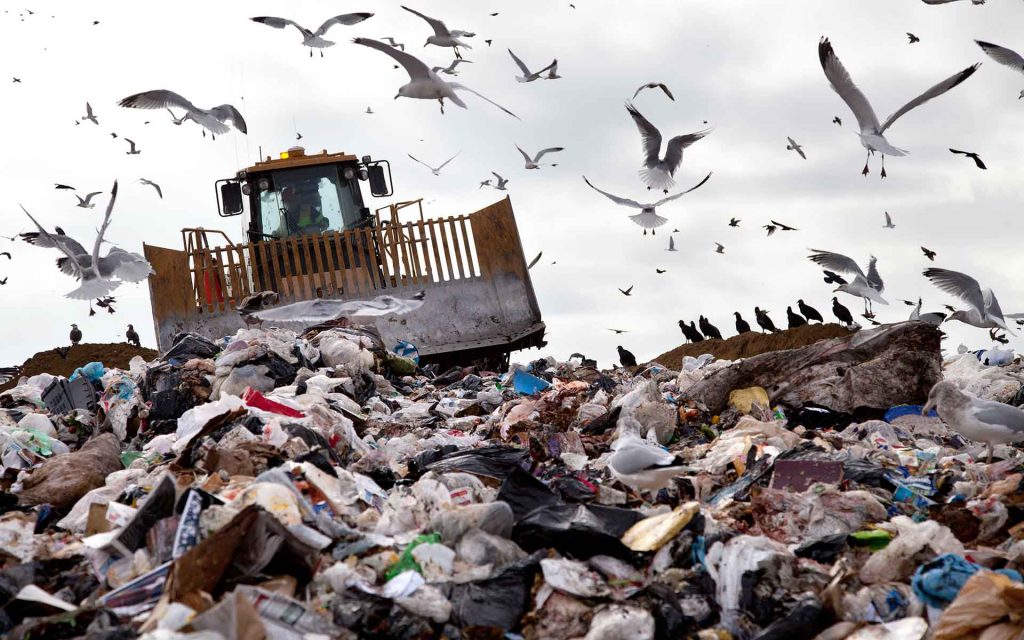 A waste to energy plant in Australia will become a reality and change our requirement for landfill in the years ahead. Burying the seas of garbage we produce has been a cheap and easy way to make the problem go away – at least in the short term.

But as tipping fees rise to reflect their environmental impact, and suburbs sprawl into conflict with landfill sites, Australia is looking for new ways to dispose of materials that can’t be recycled.

In the search for answers, recycling heavyweight Germany provides a strong lead to follow.

Recycling more than 66 per cent of the waste they produced in 2015, the Germans are world leaders in turning rubbish into new products.

Any materials that cannot be turned into something new are diverted to energy from waste facilities, which thermally treat (aka burn) rubbish to create electricity.

Unrecognisable from toxic garbage incinerators of the past, these plants are equipped with sophisticated filtration systems to prevent harmful pollutants entering the environment.

Now, the technology is coming to Australia.

In an Australian-first, Macquarie Capital have announced that they will build an energy from waste project at the Kwinana Industrial Area, 40 km south of Perth.

ARENA is providing $23 million towards the $668 million project, which is on track to be completed by the end of 2021.

The plant will source non-recyclable materials from local councils in the Perth metropolitan area under long-term waste supply agreements, but can also process commercial, industrial, construction and demolition waste.

With capacity to recover energy from 400,000 tonnes of waste per year, the plant will divert up to a quarter of Perth’s post-recycling rubbish from landfill.

Able to deliver up to 36MW of dispatchable electricity capacity, grate technology will be installed to make the combustion process as efficient as possible. Similar systems are working in more than 2000 waste-to-energy facilities worldwide, with the Keppers Segel technology used in over 100 waste-to-energy plants in 18 countries.

Macquarie Capital have co-developed the project with Phoenix Energy. The waste to energy plant facility will be owned by a consortium including Macquarie and Dutch Infrastructure Fund (DIF), and receive up to $90 million in debt financing from the Clean Energy Finance Corporation.

To be built by Acciona and operated by Veolia, the waste to energy plant is expected to generate more than 800 construction jobs and 60 full-time positions once it is up and running.

ARENA CEO Darren Miller said the project will reduce the amount of waste going to landfill while generating renewable energy.

“The use of combustion grate technology is well established in Europe and North America but has not yet been deployed in Australia,” Darren Miller said.

“More than 23 million tonnes of municipal solid waste is produced annually in Australia and this project could help to divert non-recyclable waste from landfill and recover energy in the process,” he said.

The Western Australian Environmental Protection Agency has already given it the green light. Plans are being developed to reuse the primary byproduct – ash – as road base or in building and construction.

How is this better than landfill?

Out of sight, out of mind – landfill has been an easy way to dispose of garbage, but the reality is that it doesn’t disappear. Common plastics from household bins can take 1000 years to break down, leaving a toxic legacy for generations to come.

As well as toxins from the garbage itself, leachate is formed when water filters through waste as it breaks down. The highly toxic liquid pollutes the land, groundwater and flows into waterways. In addition, food scraps and organic matter disposed of in landfill release methane – a greenhouse gas 25 times stronger than carbon dioxide.

None of this is good for the environment. And it’s becoming a serious problem as landfills are consumed by Australia’s sprawling cities.

Incinerating waste and capturing the energy avoids the problems of landfill and creates valuable products – heat and electricity. Modern filtration systems prevent harmful pollutants from entering the environment, and these plants – when combined with a comprehensive recycling system – can form part of a waste system with negligible reliance on landfill.

Macquarie Capital Executive Director Chris Voyce said the company looks forward to getting on and making the waste to energy plant a reality.

“The project is an example of the public and private sectors coming together to deliver a long-term solution to dual issues of dealing with the ever-growing pressures on landfill and generating low-carbon energies that are sustainable and reliable,” Chris Voyce said.

Liquid fuel that can be blended with ... Read more
Bioenergy / Energy from waste
Charting a course to grow bioenergy industry image

Submissions are invited to develop a ... Read more
Bioenergy / Energy from waste
Our biggest ever commitment to creating sustainable biofuel for the future image

When you go to the petrol station do ... Read more
Bioenergy / Energy from waste
View all related stories
Follow Us
Back to top