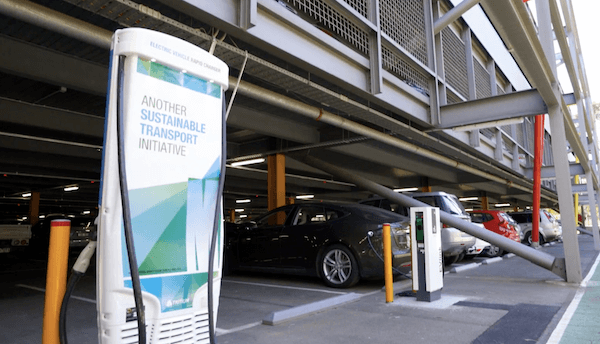 A smart city that accommodates the needs of more than 50,000 people is available on-site. There are hundreds of classrooms, lecture theatres, gyms, laboratories, restaurants, a pool and even a cinema.

All of this consumes a lot of energy.

As part of an ambitious goal to be emissions free by 2030, Monash University is partnering with ARENA and Indra Australia on the Smart Energy City project.

What is the smart city project?

Monash University will harness the collective power of a 1 MW array of solar panels, 20 buildings with automated energy management systems, electric vehicle chargers and a 1 MW battery to create a new microgrid at the university’s 57 year old Clayton campus.

Connected to the main electricity grid and controlled by software from Indra Australia, the smart network aims to demonstrate that a 100 per cent renewable electricity system can operate reliably and affordably, while reducing strain on the broader energy system.

ARENA is providing $2.97 million towards the $7.1 million trial, which will back up the university’s behind the meter assets with energy from a power purchase agreement with a renewable generator.

At the launch of the project, Indra’s Head of Energy Solutions Andres Molnar said the company has been developing their platform for a nearly a decade. With the ability to work in real-time with other intelligent assets at the edge of the grid, he said there is a bright future for the technology.

“Right now, we are simply focusing on the internet of things to deliver better services in a more efficient manner,” Andres Molner said.

“We expect this capability will allow us to make optimal use of Australia’s vast grid-connected distributed energy resources.

“That in due time, will reduce the need to dispatch high-cost peaking generation and will also allow us to make the grid more resilient, with less or later investment.

“Those are probably two of the biggest contributors to the energy prices making the headlines in the news day in, day out,” he said.

Becoming the first Australian university to set an energy reduction target in 2005, Monash has now developed the Net Zero initiative. Starting with the microgrid trial at Clayton, the plan aims to power all campuses with zero emissions renewable energy by 2030.

Monash University Deputy Vice-Chancellor Ken Sloan said he hopes that in the long-term the project will have benefits for the innovative technology precinct surrounding the Clayton campus.

“Within walking distance of this campus you are going to bump into some of the most innovative organisations,” Ken Sloan said.

Findings from the project will inform ARENA’s work to integrate behind the meter assets into the broader energy network, as Australia transitions to a heavily distributed energy system.

The program will examine every aspect of the energy system to find ways to promote distributed energy, and find ways to make sure everyone benefits as the grid undergoes the most dramatic transformation to date.

Projects like Monash University’s Smart Energy City and DEIP will build an understanding of the challenges and opportunities to arise from the predicted growth of distributed energy.

“We are serious about making major advances in how these resources are integrated into our increasingly distributed and decarbonised energy network,” Phil Cohn said.

“We hope the Monash smart energy project will become a real flagship within our DER portfolio as it addresses three critical issues.

“Firstly, the technical integration of DER assets so they communicate with the grid and each other to make the system stronger. Secondly, extracting maximum value from the services DER can provide by participating in different markets. And thirdly, improving our understanding of customer preferences and responses to pricing signals,” he said.