Home renovation show with focus on renewables and efficiency

A new home renovation web series is asking whether it is better to renovate an old home, or demolish it and rebuild from the ground up. 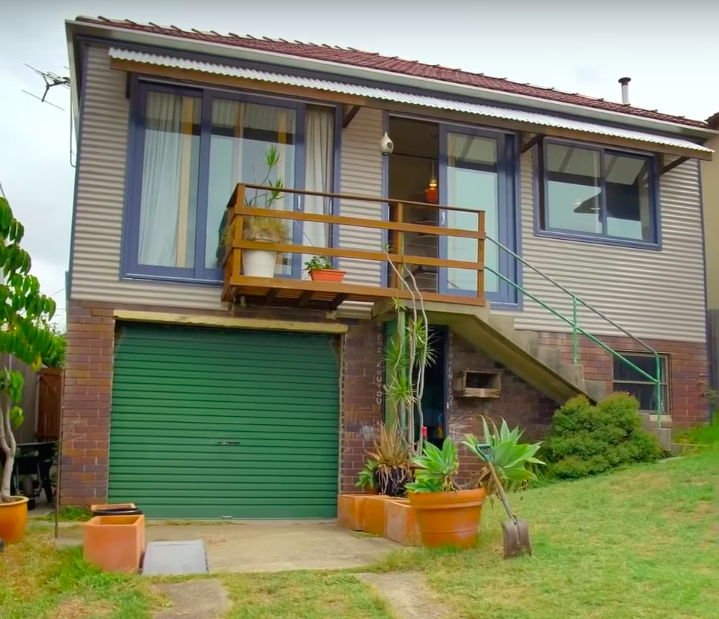 A new home renovation web series has been developed with the aim of encouraging more people to incorporate sustainable housing principles into their homes. The series has launched its first episode online and could be coming soon to television.

The pilot asks whether a growing family in Sydney’s south-eastern suburbs would be better off renovating their damp, ageing and cramped home, or demolishing it and rebuilding from the ground up.

Badly needing more space and wanting to regain ocean views that have built out by neighboring properties, as well as improve their energy efficiency, the family has set a $1 million budget to redevelop their site in coastal Malabar.

Two familiar couples from Channel 9’s popular home renovation series The Block are tasked with arguing the case for renovation versus rebuild.

Produced by CRC Low Carbon Living with support from the NSW Government, the new series is underpinned by social research and environmental science.

The show hopes to educate mainstream audiences about the benefits of developing energy neutral or zero emission homes, which make good use of natural light, are well insulated and sealed to reduce heating and cooling costs and incorporate smart, grid-enabled distributed energy technology like rooftop solar and home batteries.

The program is hosted by Gardening Australia presenter Josh Byrne, who is well-credentialed to assess the sustainability of the competing plans.

As an environmental scientist, Research Fellow at Curtin University’s Sustainable Policy Institute, and Adjunct Associate Professor with the School of Civil and Environmental Engineering at the University of New South Wales, Byrne brings an environmental focus to a genre that can at times put style over substance.

Describing his motivation to be part of the project, Byrne says it is vital to convince the market broadly that efficient low carbon living can be achieved cost effectively.

“We’ve demonstrated how these houses can perform so much better through thoughtful design and the right use of technology, and solar energy in particular,” Josh Byrne said in an interview ahead of the release of the first episode.

“They can perform so much better cost effectively. The problem has been that we just aren’t hitting the mass audience. We’ve demonstrated to industry and to academia that all of this works, there’s a pretty good acceptance of that, even policy makers are getting it. But until we see real demand from the market you’ve always got volume buildings who work on tight margins saying that unless the demand is there we aren’t going to do much more than we have to do,” he said

He said that unless the volume builders see a demand for more efficient and low carbon homes, they are unlikely to make the necessary changes to regulate the building industry. And that policy makers are nervous to make changes without the support of the big builders.

Describing Renovate or Rebuild as a way to ‘excite the market’, Byrne wants to get people thinking about a major renovation or rebuild to consider ways to make their homes more comfortable without the need for costly air conditioning, and healthier through passive efficiency measures and efficient appliances.

“What this project is all about is trying to align the good design and good technology thinking for better performing buildings, that are going to achieve a low carbon, more energy efficient, more effective electrical grid outcome, improve the sustainability of the industry overall, with people’s wants and needs.”

The series features two couples familiar to audiences of The Block, a popular reality show where couples compete to redevelop luxury properties on a limited budget, and pocket any profits made.

Michael and Carlene are given the job of arguing the case for renovation, drawing on their passion for characterful homes that preserve history.

Couple two Norm and Jess have ‘a soft spot for heavy machinery’ and are looking for any excuse to knock the existing home down and start from scratch.

Both plans are assessed by expert judges, with the winning team earning a $1000 for their charity of choice.

What are their first impressions of the existing family home?

While team one ‘loves a home with history’ and wants to salvage the ‘beautiful bones’, particularly unique features like ornate cornices and a characterful wire front door, the second team declares the family home is a disaster and ‘looks like an outdoor toilet’.

Both teams agree that the young family needs more space.

The designs developed by both teams are striking. Both integrate a rooftop solar array and passive measures to improve energy efficiency.

Host Josh likes the way team one’s renovation proposal runs entirely on electricity and includes solar panels paired with a home battery. While concerned about the scale of team rebuild’s plan, he welcomes the efficient and high thermal performance of the design which also integrates renewable energy – something he believes we should see more of in new builds.

To find out whether the house stays standing or makes way for a new build, watch episode 1 online here.