Windows have come a long way when it comes to energy efficiency. Thanks to technical advances like double-glazing and protective films, those big panes of glass embedded in our walls are no longer the inefficient heat sinks they were a couple of decades ago. 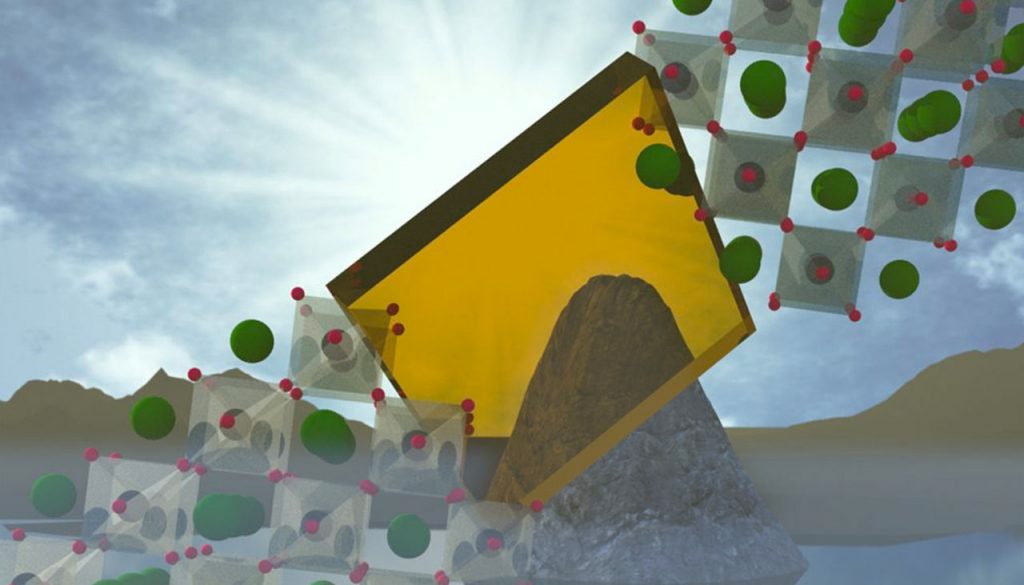 Now a project at Monash University aims to take windows one step further – using them to generate electricity to power your home or office.

It’s a technology that is mouth-wateringly exciting and which ARENA is pleased to support. And it is one that is putting us on a path to net-zero emissions buildings of the future.

A history of solar windows

“Amorphous silicon can be made very thin and can be made so that light passes through,” explains Jacek Jasieniak, Director of the Monash Energy Materials and Systems Institute. “But it’s only about 5 per cent efficient at that thickness, which means such windows don’t produce electricity very well and their cost per watt is very high.”

READ MORE: HOW AUSTRALIAN SOLAR RESEARCHERS ARE LEADING THE WORLD

A few other transparent photovoltaic (PV) materials have emerged as potential coatings for solar windows. However, they are all either too unstable, difficult to produce or, like amorphous silicon, simply not efficient enough to be commercially viable.

But that was before the discovery of perovskites. A group of low-cost and easy-to-manufacture chemical compounds, perovskites can be used to make highly efficient and extremely thin solar cells. “That means they are really interesting candidates for window applications,” Associate Professor Jasieniak says.

Aided by a $750,000 grant as part of ARENA’s $29.22 million solar R&D funding round, the Monash researchers are leading a project to develop a high-efficiency transparent perovskite solar cell for better PV windows. The technology is based on metal halide perovskites, which can produce functional solar cells as thin as 100 nanometres, or about one-thousandth the thickness of a human hair.

The Monash team has already set efficiency records for semi-transparent metal halide cells, but their current devices are not stable enough to be used in a real-world setting.

To overcome this limitation, Associate Professor Jasieniak and his fellow researchers will be looking at each individual layer of the cell and the places they interact, then using their expertise in materials science, PV cell design and printing to optimise the stability of the whole device.

“Eventually this type of perovskite device will be around 15 per cent efficient and significantly cheaper than current amorphous silicon technologies,” Associate Professor Jasieniak says. ‘It will create a cost-competitive option for building-integrated PV windows, which doesn’t exist at the moment.’

Making the cell layers thin enough to allow light through without compromising the quality of those layers is a big challenge. But Associate Professor Jasieniak is confident his team has the skills and experience to crack the problem. And when they do, they’ll have a group of industry partners lined up to take their innovation to the world.

“We’re working with Greatcell Solar, who are currently developing opaque perovskites on glass,” Associate Professor Jasieniak says. “We’ve also got CSR Viridian on board, who are Australia’s largest glass manufacturer and supplier. And finally, we are working with CSIRO to help us with research and translation from academic through to commercial arenas.”

Collaborating with CSR Viridian is a big advantage for testing. “We’ll be making prototype double-glazed systems that we can put solar cells into to test their performance and stability on real-world windows,” Jacek says. “It’s under accelerated testing of 85 degrees and 85 per cent humidity, so it will push the absolute limits of what these solar cells will be exposed to.”

Modern buildings already use window glazing to control the amount of light that gets inside. A stable, semi-transparent solar PV coating would solve two problems at once: regulating the light that passes through a window while also generating electricity to supplement the building’s energy use.

Associate Professor Jasieniak thinks that in the future PV windows will be just one part of a home or office’s integrated light and energy management system.

“Studies in other countries have shown that you can save more than 30 per cent of a building’s energy use if you couple these types of technologies with appropriate light management systems,” he says. “If you combine building integrated PV windows with LED systems that assess actual lighting conditions I think we will be one step closer towards net–zero emission buildings.”

Look up, for a second. If you’re in... Read more
Solar energy
Solar farm to table: Australian clean energy exports for the world image

Many of Australia’s biggest export ... Read more
Solar energy
Time to ditch the generator? The town where renewables took over image

It is often assumed that renewable en... Read more
Solar energy
View all related stories
Follow Us
Back to top