How do you get a power system to a remote community quickly and safely? 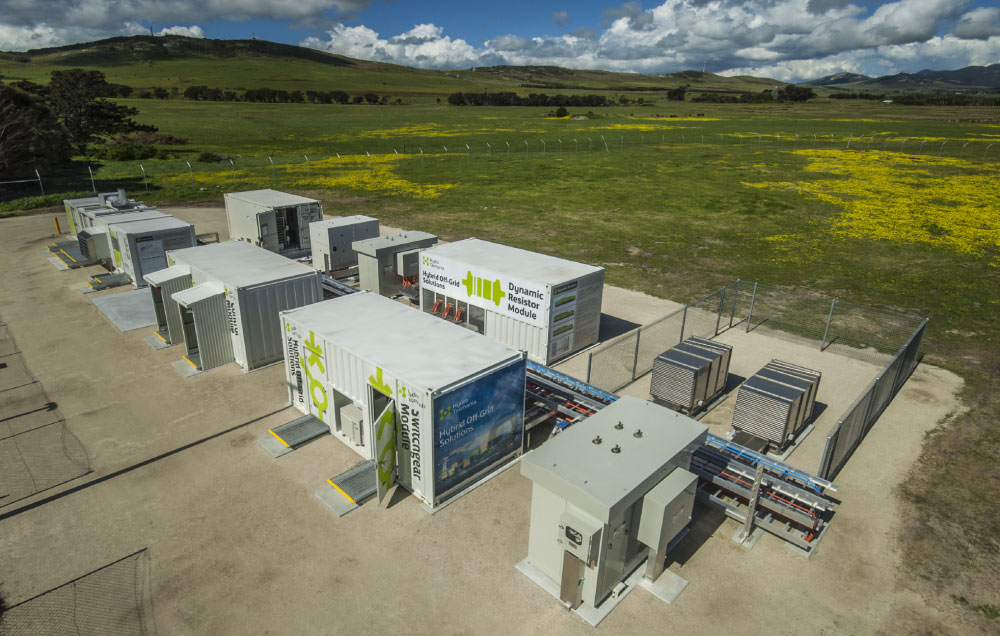 Arial view of the battery installation at Flinders Island.

It’s not a trick question but the answer might surprise: you build it elsewhere.

For its newest Hybrid Energy Hub on Flinders Island, Hydro Tasmania tried something new. Parts were assembled in factories on the Tasmanian mainland and shipped over the Bass Strait in containers, ready for installation and commissioning within a matter of months.

These “plug and play” components have been tasked a seemingly simple aim, to provide a reliable power supply to Flinders Island’s population of less than 1000 people.

But there’s more than just lessening the number of blackouts at play here. Hydro Tasmania’s newest microgrid project aims to displace diesel generation on the island by 60 percent through solar and wind power and battery storage. On some days when the wind blows strong or the sun is out in force, it’s hoped the island will run entirely on renewables.

It also builds on the work done in other remote locations at King Island, Rottnest Island and Coober Pedy by “modularising” the process of building such power systems in remote locations.

“It’s something that’s not been done before,” Hydro Tasmania’s chairman Grant Every-Burns said.

“It’s a Tasmanian innovation and it’s bringing clean energy to an isolated community. With that innovation comes less diesel usage, lower diesel fuel costs, lower emissions and the opportunity for Flinders Island to further boost its clean and sustainable reputation.”

ARENA contributed $5.5 million to the project as part of its CARRE program for encouraging renewables in regional Australia.

Chief executive Ivor Frischknecht said the agency was delighted to be involved in the latest iteration of Hydro Tasmania’s microgrid work.

Speaking at the launch of the hub on Flinders Island on December 11, he said there was “huge potential” for the technology to be used in other remote communities in Australia and overseas.

“Queensland alone has almost 50 remote communities that are quite similar in size and scale to Flinders Island,” he said.

“[There is opportunity in] The rest of the world, particularly the developing world, and power systems in not so remote areas that aren’t working well. So being able to bring in a reliable system that has a lot of renewables in it, that you can simply plug in together and get going quickly and easily, there’s huge potential there.”

Hydro Tasmania’s manager of Hybrid Energy Operations, Ray Massie, agreed there were global applications for their work and data from the Organisation for Economic Co-operation and Development shows there is a need. It’s estimated that the more than 1 billion people still have limited or no access to reliable electricity, many of them in remote locations.

The hub is on the site of an old diesel-powered plant and has been in operation since November. On the day of launch, it was headed towards 83 hours straight of 100 per cent renewable generation.

It might look like a humble camera bu... Read more
Hybrid technologies
Time to ditch the generator? The town where renewables took over image

It was more than a moment. More than ... Read more
Hybrid technologies
Fringe of grid mines embrace renewables image

An energy microgrid for a military installation

When it comes to running the nationâ€... Read more
Hybrid technologies
View all related stories
Follow Us
Back to top