The Energy Innovators: Gloria Chan on the CEFC’s $10 billion bid to transform the energy system

We hear a lot about the energy transition that is underway at the moment, but what does the energy sector really need to help itself through its transformation into a low carbon, zero emissions system? 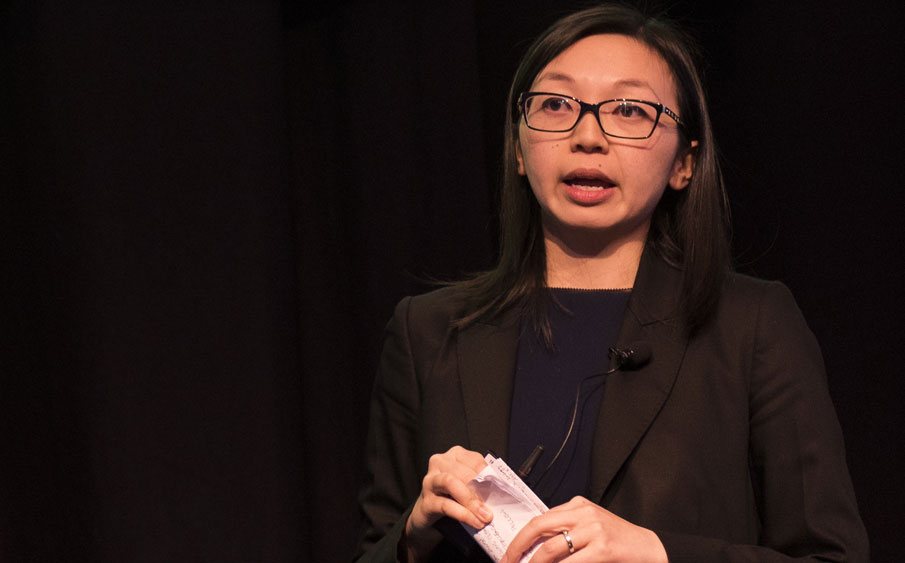 According to Gloria Chan, lead of large-scale solar projects at the Clean Energy Finance Corporation, the answer is relatively straightforward: Private sector investment in innovative, new and renewable technologies.

In the sixth of our series showcasing lightning talks from some of the leading minds in energy in Australia today, Chan breaks down for the ARENA-hosted Innovating Energy Summit in Canberra the qualities and characteristics the CEFC look for when investing.

And when a company or project is new, untested and innovative, there’s one road block in particular that the CEFC looks to help with: bankability.

”We see ourselves as a catalyst into the flow of funds,” she says.

Through innovative financial structuring and drawing on a multidisciplinary team of technology, energy and finance specialists, Chan says the CEFC aims to ”make projects that were previously not bankable to the traditional banking market, to basically make them investable, to show a path forward for investors and financiers.”

“We’ve been the cornerstone investors in eight Australian climate bonds which have basically mobilised investment to this sector. It’s now a market that’s worth over $4 billion with over 100 institutional investors who are investing in that market now.”

Chan points to negotiating “true” corporate Power Purchase Agreements (PPAs) as well as potential investment in community and indigenous solar projects as challenges for the future.

Of the CEFC’s original $10 billion budget, $4 billion has been invested, she says, and $200 million has been put toward the CEFC’s innovation fund which invests in projects that have passed from research to capital-raising phase.

Innovation fund investments are made in consultation with ARENA and have included enterprises such as Relectrify, which recycles electric vehicle batteries for household energy storage, and GreenSync, a Melbourne technology company that ARENA has also funded to run its dEx (decentralised energy exchange) pilot.

Knowing when to go

In a later Q&A with ARENA’s Phil Cohn, Chan is asked at what point does she think the CEFC will no longer be needed. Her answer frames the complexity and challenges that exist within the sector.

“We want to make investments that are good for Australian tax payers but we’re also there to look at the challenging projects and transactions so it is a battle that we do face every day,” she says.

“I think it would be ideal if one day we’re not needed – that would be great to get ourselves out of a job because that would mean the market is functioning perfectly. I think we’re moving towards that. We see our role is to catalyse investors in the sector so investors can follow us. Once they do follow then hopefully we’re not needed.

“At this stage are we still needed? Yes, unfortunately.”

Why did the South Australian blackout... Read more
Renewables for industry
The Energy Innovators: Stuart White on increasing our energy productivity image

We know we can produce energy from co... Read more
Renewables for industry
One-third of electricity to be provided by renewables within two years image

More than fifty hydrogen industry exp... Read more
Renewables for industry
View all related stories
Follow Us
Back to top