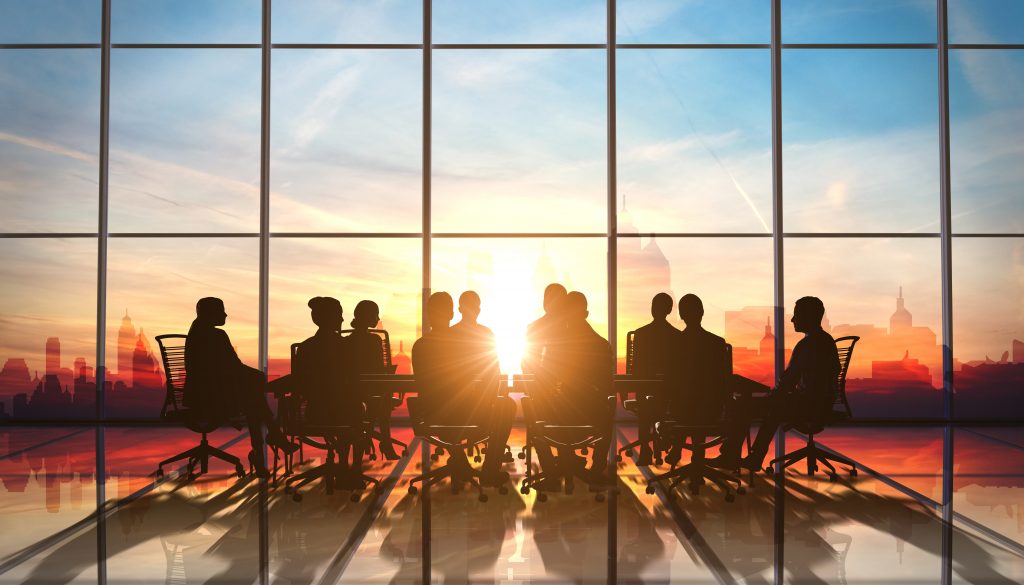 Board meeting with sun setting in background.

That’s the key message that emerges from a new study of corporate Australia, undertaken by the Australian Institute of Company Directors.

The Director Sentiment Index, released twice each year, maps the thoughts and priorities  of the nation’s company directors. It provides an excellent window into the issues and concerns that are cropping up in boardrooms around the country.

There has been plenty of speculation in recent times about whether the political disagreement that has sometimes accompanied debates around the nation’s energy needs was acting as a handbrake on investment.

But the survey makes clear that the nation’s corporate leaders both want and expect the growth of renewable energy to continue.

When asked what the major challenges facing Australian business are, the most popular choices both involved the current state of the energy system.

Thirty per cent of respondents opted for high energy prices as their biggest challenge, while 29 per cent nominated “energy policy”. Those two issues came out significantly ahead of traditional business concerns such as low productivity growth, excessive red tape and gripes about the tax system.

And when asked what the top policy priorities for government should be, the verdict from the nation’s corporate leaders was little different. Energy policy was chosen as the most pressing need out of the 23 policy areas listed (48 per cent).  Climate change also ranked highly, coming in seventh,  with 31 per cent of respondents identifying it as one of the five most pressing priorities for government.

“The focus on energy policy has risen again since the index was last recorded earlier this year.”

If the nation’s company directors are worried about power prices, they appear to be clear-minded about how best to combat them.

When asked what the nation’s priorities around infrastructure investment should be the verdict from the directors was unambiguous.

Interest in renewables is growing fast. It has increased since the first half of 2017, when 49 per cent of respondents listed them as an infrastructure priority.

The index is the only indicator measuring the opinions and future intentions of directors on a range of issues including the Australian and world economies, government policy and governance regulations.

While rising energy prices and the important role renewables can play in offering price relief to businesses appear to be partly responsible for the strong support for investment in the sector, the survey, conducted by market research firm Ipsos between 21 September and 4 October, shows that directors are also increasingly concerned with corporate culture and ethical leadership.

Ninety-two per cent of directors said they were making efforts to improve culture in their organisation.

The top three elements they are using to improve are capturing data on key cultural indicators, followed by communicating the ethical position of board and business generally, and then ensuring culture is a regular feature on board meeting agendas.

The results echo those outlined earlier in the year by ARENA’s Business of Corporate Renewables report (PDF 3MB), which found that more than half of Australian companies planned to increase their own use of renewables over the next 12 months.

That research also found that reducing costs was by far the most significant driver behind rising business interest in renewables but that improved social and reputational benefit was also a significant incentive.

When we launched ARENAWIRE a few shor... Read more
General
View all related stories
Follow Us
Back to top