Australia at the leading edge of renewable transition

After spending a week engaged with some of the world’s leading thinkers on the energy transition, ARENA Board Chair Justin Punch has little doubt that Australia can be confident going forward. 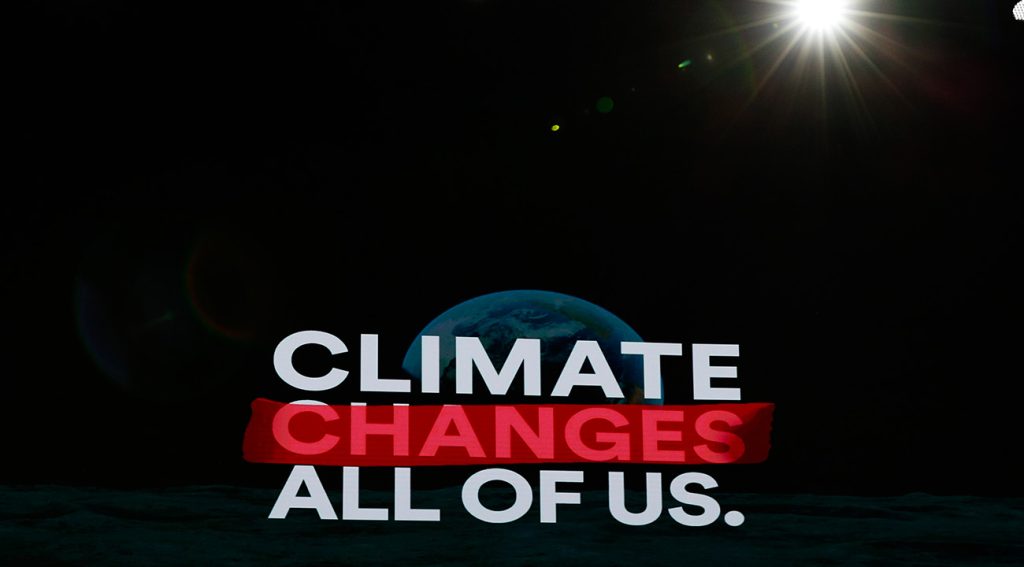 In November ARENA CEO Darren Miller and I travelled to COP27 in Sharm el-Sheikh, Egypt as part of the Australian government delegation.

After spending a week engaged with some of the world’s leading thinkers on the energy transition, there’s little doubt that Australia can be confident going forward.

Amid the discussions about the specifics of technologies, costs and policy, our thinking on these complex topics is at the leading edge of what is going on globally.

Given the prisoners’ dilemma dynamic at play with global climate action, where costs are borne locally but benefits shared globally, it is understandable that all countries taking action are seeking validation other countries are also doing their share.

In this context, full-throated support and concrete actions even from smaller counties like Australia can help generate system-wide benefits and momentum.

As far as ARENA is concerned, after talking with the best out there, I’m convinced that our thinking is sound, our strategies correct, and that we have a truly world-class team executing this work.

Here are some of my other learnings and insights from the trip.

Growing clarity over the potential for renewable energy to create jobs

Analysis from McKinsey suggests that low-cost renewable energy generates 5-8 times the jobs on an ongoing basis as are generated during construction.

So generating a low-cost system is paramount and will generate jobs and economic benefits for years to come, not just at the initial stages.

There is growing realisation that in the medium term at least long-distance transport of hydrogen will be physically and economically challenging.

If we can succeed in building a low-cost clean energy system, this reality will underwrite enormous industrial development opportunities for Australia in the decades ahead.

In many industrial contexts, firm the heat not the power.

ARENA is already supporting a number of highly innovative Australian heat-storage companies and technologies, including MGA Thermal and Raygen.

Our work in this area is being validated in other regions as well, with an emerging view that, in the right circumstances, storing heat can be up to 20-times cheaper than storing electricity.

Industrial users of heat, particularly for now in the low- to mid-range temperatures, should in many cases look to firm their heat, not their power.

With industrial heat comprising approximately 25% of global energy demand, this is potentially a very significant insight.

Hydrogen in “hubs not homes”

Darren and I were lucky enough to spend an entire day with BNEF founder Michael Liebreich, in an almost non-stop, marathon discussion on all things energy transition.

Michael is the author of the hydrogen ladder, his attempt to rank the various uses of clean hydrogen on a spectrum from “unavoidable” to “uncompetitive”.

There are many insights from his prioritisation but one of particular significance for the design of our energy system moving forward is that hydrogen will be very difficult, costly and risky to deploy in homes and that electrification is likely to be an overwhelmingly superior choice in this context.

Hydrogen’s future is more likely to be in industrial and heavy transport uses, delivered through large industrial hubs. Hubs not homes.

A few snippets of interesting new tech that came up in various discussions, including an aluminium encapsulated ceramic conductor (i.e. a different type of cable) for use in transmission which can transport two-times the electricity on the same line, potentially doubling the capacity of existing transmission systems.

And solid hydrogen storage in metal hydrides (sodium borohydride to be more specific), with the same energy density as diesel and workable at room temperature and pressure.

The labs of the world are really starting to develop some interesting things that will solve many of the problems today which look so difficult.

Social licence is a global issue

At a presentation on green steel at the Swedish pavilion we first heard the term “BANANA” – Build Absolutely Nothing Anywhere Near Anyone.

They were voicing concern about the phenomenon of local opposition obstructing infrastructure projects critical to the success of the energy transition.

We heard similar sentiments from other jurisdictions. In the Netherlands they are positioning proposals with landowners as “let us borrow your land for perhaps 40 years until an even better answer emerges”.

If countries as committed to community consensus as these are struggling with this issue, then it is one we need to treat with urgency.

We attended an interesting session on methane emissions measurement. Traditional measurements use historical engineering estimates to create an emissions estimate, however we now know this is horribly inaccurate.

The world has a 4 million tonnes problem of “lost gas” per annum i.e. the gap between reported emissions and global methane observations.

Drones, satellites, towers, other direct observations are a MUCH better measurement and the push is on to ensure reporting is based on actual observations (OGMP 2.0).

It was interesting that these insights came from a panel hosted by the Oil and Gas Climate Initiative (OGCI) and IPIECA , both oil and gas industry associations focussed on this issue.

We learned a lot from meeting Canadian First Nations representatives on the progress they have made developing and owning their own energy infrastructure.

We have a lot of work to do to address the dual issues of energy poverty in remote communities and ensuring the equitable participation of Traditional Owners in large scale development, but there are some models we can look to for guidance.

One takeaway was the importance not just of concessional equity, but also of concessional debt, where such debt funding may not otherwise be available, or may be excessively costly.

COP is effectively two parallel universes: the “real COP” of the government-to-government negotiations; and the “expo” of the country and NGO pavilions presenting progress and sharing learnings.

My sense is that there is a transition underway from the former to the latter.

After 30 years of governments trying to get the economies of the world moving on taking action on climate change, real movement is now underway, and the focus of these global forums like COP may start to shift more towards the information exchange.

A personal impression came as somewhat less expected. The size of the plenary hall brought home the complexity of the government-to-government negotiations.

With almost 200 parties seeking a deal with unanimous agreement required and no opting out, getting an agreement is a miracle. I don’t know how they do it.

I have acquired a profound respect for what the negotiating teams do and what they achieve.

Here at ARENA we are big fans of inno... Read more
General
ARENA and friends take over the corridors of power image

The halls of Parliament House were hu... Read more
General
Embracing disruption: How we’re moving from innovation to a reborn energy system image

This International Women’s Day,... Read more
General
View all related stories
Follow Us
Back to top