Garbage trucks are becoming unlikely heroes in the clean transport revolution as councils look to add economical, quiet and clean heavy vehicles to their fleets. 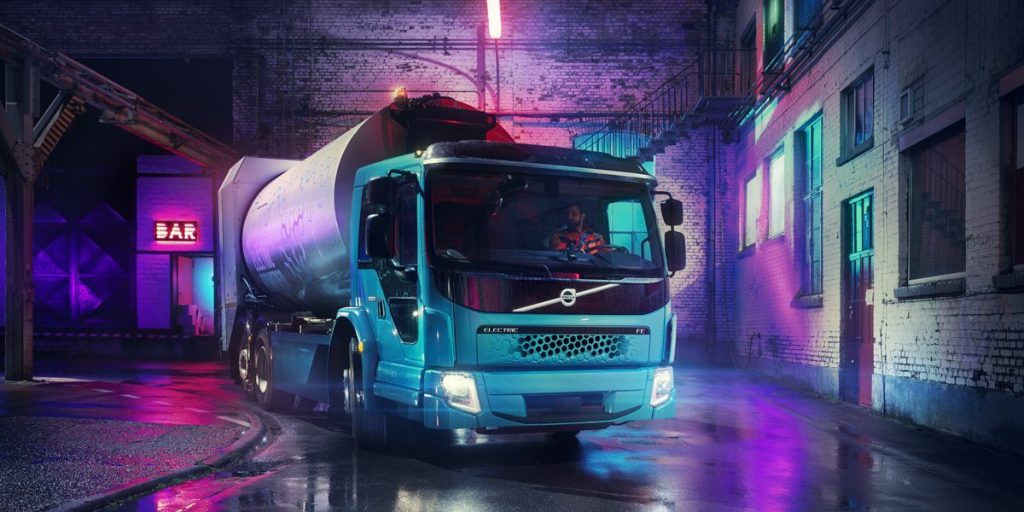 Electric power is a perfect match for the rigors of bin day. EVs’ instant torque, regenerative braking, silent running and absence of emissions are cleaning up the dirty job of rubbish collections.

Swedish giant Volvo is the newest player, with their twin engined 820NW ‘FE Electric’ garbage truck set to hit the streets later this year with a range of up to 200kms.

Melbourne’s Moreland Council is taking a different path with support from the Victorian Government, converting its fleet to run on hydrogen produced at a state of the art renewable-powered refuelling station.

Moreland was driven to act when they found their 18 garbage trucks were using half the fuel of their 320 car fleet.

Twelve of the Council’s existing trucks will be converted to run on hydrogen, which releases only water vapour from the tailpipe.

At the project launch, Hydrogen Utility’s Attilio Pigneri predicted the trucks would be about 70 per cent less noisy than in the current diesel configuration.

“Residents will look forward to the day when they won’t be woken up by noisy trucks collecting their rubbish,” he said.

Australian manufacturer SEA Electric has a cost-effective solution for businesses and governments looking to convert their fleet to electric power.

SEA executive chairman Tony Fairweather explained, “with ongoing decreases in the cost of lithium batteries, our electric drive systems are becoming increasingly cost-competitive with equivalent petrol and diesel engines, which means businesses using these vans and trucks can consider 100 per cent electric vehicles on a commercial basis as well as for their environmental benefits.”

The CEFC’s innovation fund is a $200 million program supporting the growth of innovative clean energy technologies.

The fund is a partnership between the Clean Energy Finance Corporation (CEFC) and the Australian Renewable Energy Agency (ARENA), who have identified transport-related emissions as a critical focus area.

The CEFC’s Melanie Madders said,“Emissions from light vehicles already make up as much as 10 per cent of Australia’s total emissions… The development of cost-effective ways to transition commercial vehicles to lower emissions is paramount for cutting national carbon emissions.”

The growth in competition is great news for light sleepers, with garbage collections sure to become quieter as innovation drives down the cost of these technologies.