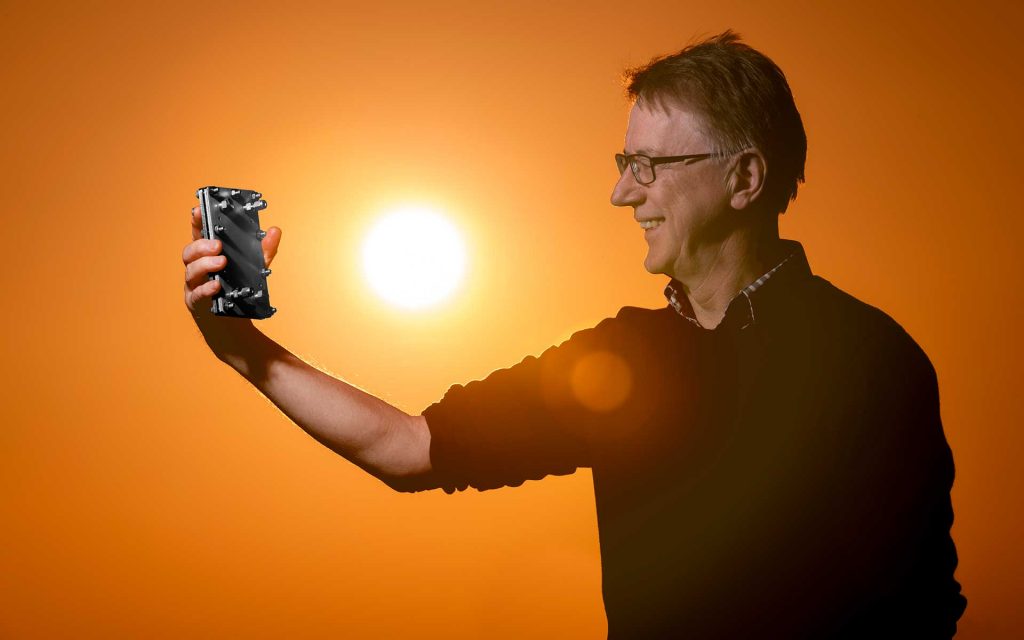 Reports by the Chief Scientist Alan Finkel’s Hydrogen Strategy Group and consultants ACIL Allen have confirmed that an export market is emerging, driven by growing demand from countries like Japan and South Korea that are reliant on energy imports.

Late last month, over 350 delegates gathered in Perth for a conference on renewable hydrogen, and the COAG Energy Council have asked for a proposal on a national hydrogen strategy.

ARENA is funding research to turn all this potential into a productive industry, this week awarding a pool of $22.1 million to 16 research teams across nine universities and research institutions.

Their work is setting out to unlock innovations at each point in the hydrogen export supply chain – from production, to energy carriers and end use.

Global efforts to reduce emissions are a double-edged sword for Australia. As a world-leading exporter of coal and gas we stand to lose from the transition away from fossil fuels, but our broad landmass is also rich with the wind and sun needed to produce renewable zero-emissions hydrogen.

“With our abundance of sun and wind, as well as experience as one of the world’s largest LNG exporters, we are well placed to become a global superpower in exporting renewable energy,” Darren Miller said.

“Before that can happen there is work to do developing hydrogen technology to be viable on an export scale.

“Japan and South Korea have already committed to becoming major import markets for hydrogen, but as yet there are no exporters.

“Given we are in competition with other countries that also want to export hydrogen, now is the time to unlock the innovations needed to capture a share of the market,” he said.

One funding recipient – the CSIRO – have received $1.01 million to develop a solid oxide electrolyser than can turn solar power into renewable fuels.

Dr Kulkarni says their project will break down barriers and allow regions with little access to renewable energy to benefit from solar and wind power.

“This is, as we say, a game-changing technology which provides a solution for both [issues] – economical production of hydrogen from renewable energy, and its conversion into liquid fuel carriers.

Dr Kulkarni predicts that the technology could reach the market within six to seven years and points out the strength of hydrogen to replace fossil fuels.

“Ammonia as a liquid material can be moved around very easily, it’s a well-established transportation technology because it’s the base of all fertilisers,” Professor Macfarlane said.

“The challenge is to make ammonia from renewables. Currently ammonia is made from fossil fuels – mostly natural gas – and while it’s clear how one could conceptualise making ammonia from electricity, it’s never really been done until recent years.”

“What we discovered at Monash three years ago was a process based on a special type of ionic compound that dissolves very large quantities of nitrogen and therefore allows the process to run very efficiently.

“We’ve demonstrated that at a small laboratory scale and this project is going to allow us to scale that up at a larger and more efficient scale,” he explained.

Professor Macfarlane explains that a lot of work needs to be done to make the carrier technology ‘commercial ready’ within their three year timeline given the massive scale of the potential hydrogen export industry.

“The scale up involved is enormous – therefore the information needed by the chemical engineering design engineers to see how that’s going to work at massive scale. There’s a lot of information that they’re going to need to absorb into their designs.”

“Part of our job is to provide that sort of information,” he added.

ARENA identified exporting renewables including hydrogen as one of the agency’s four investment priorities in May 2017.

Off the back of the RFI, ARENA announced the R&D funding round in December last year.

Could the most common element in the ... Read more
Hydrogen energy
Cutting-edge hydrogen research in Australia image