ARENA is all about moving towards a better future and getting to that destination through the power of good ideas. So when we heard about this one, it didn’t take us long to decide to put our name to it. 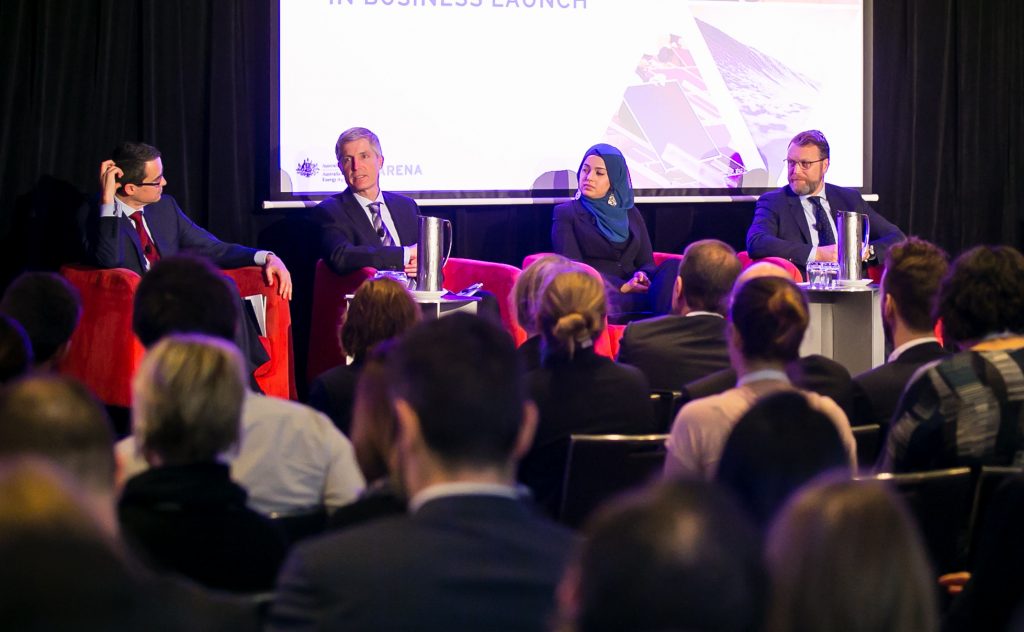 The Australian Renewable Energy Agency and its leadership team are proud to sign up to the Women in Renewables Leaders pledge, an important initiative that aims to enlist leaders in the renewables sector to declare and demonstrate their belief in the value and importance of achieving gender diversity and their commitment to helping get there.

The pledge, started by the Clean Energy Council, emerged out of the Australian Clean Energy Summit, held recently in Sydney.

”This is a great initiative and it’s one that ARENA is more than happy to support,” ARENA CEO Ivor Frischknecht said.

“We are all about the industry of the future and this is very much about what that future is going to look like.”

ARENA already has a majority of women in leadership roles with six female members occupying senior positions in the agency’s ten-member executive leadership team. Chief Operating Officer Nicola Morris is the most senior female member of the executive.

“As an organisation we are incredibly fortunate to have so many women performing well in senior roles but there is always room for more, both at ARENA and within renewable energy more broadly,” Mr Frischknecht said.

The agency also features more women than men across its wider ranks. At the end of June ARENA had a ratio of 28 women to 20 men among its Australian Public Service staff.

The pledge involves leaders in the sector signing a commitment to do three things.

1) Step up as an inclusive leader: This involves pledging to be an “example for change”as well as demonstrating inclusive behaviours and helping to embed inclusive policies and procedures within the organisation.

2) Take the panel pledge: This involves declining to participate in forums or panels that do not embrace gender diversity.

3) Promote the achievements of women: Actively seeking ways to acknowledge and encourage women’s achievements, including on social media and through official recognition and awards programs within the organisation

At the pledge’s launch, Natalie Collard, Clean Energy Council Executive General Manager and Chair of the Women in Renewables initiative, said that many of the renewable energy industry’s leading figures had already declared their support for greater gender diversity in the industry by signing up.

“The Leaders’ Pledge is about walking the talk; taking individual responsibility to be a champion for positive change and inclusion. We encourage anyone who self-identifies as a leader to join executives across the renewable energy industry and beyond by signing the pledge,” Ms Collard said.