There are few hotter issues in Australia in recent times than the energy system and our current and future energy needs. Alan Finkel is at the centre of just about all of it. 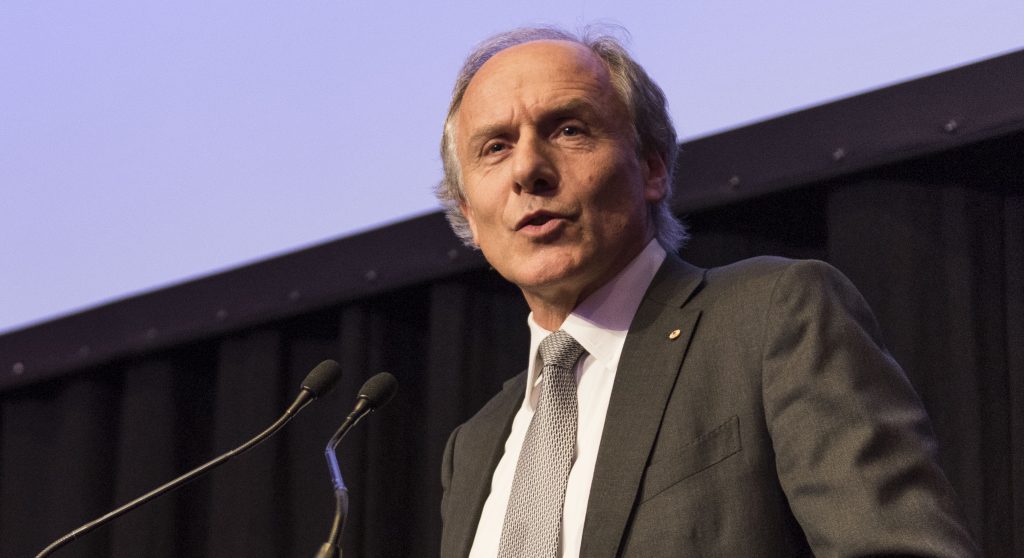 In the second of ARENAWIRE’s Energy Innovators series featuring leading minds in the field of renewables, Australia’s chief scientist, poses the question: Would you rather embrace the future or go backwards in time?

As with all episodes of this nine-part series, you can watch the speaker’s talk and then also separately view the fascinating Q&A session that followed.

Expanding on the key recommendations of his review into the National Electricity Market, which he handed to the Turnbull government in June, Professor Finkel says investors need policy certainty to take the plunge into renewables.

And he points to natural gas, proof-of-concept testing and retail pricing as areas of growing interest.

But just as importantly, he explores how the innovation we hear of today will convert into something real and tangible tomorrow.

“The grid’s not a toy,” Dr Finkel says. “You can’t just come along and connect new forms of generation or new forms of storage. But if you can’t test it then you’re never going to get to that point to deploy it. And the only people who manage the testing process are actually AEMO, and the people who can drive it are ARENA.

“A lot of this is being done by ARENA and it’s really good to see because it will make transformational differences to what we will achieve in coming years.”

The cost of energy is “hot, really hot”. And in the follow-p Q&A, when ARENA’s Phil Cohn asks him to imagine what would be different for energy consumers in 10 years time, he points the finger at pricing.

“We are at very, very high prices, we are at global high prices here and yet we are endowed with enormous renewable resources…and there’s no reason for us to be at those globally high prices. I think we can get down to sensible prices in the future.”

With 49 of the 50 recommendations of the Finkel review accepted by government, Dr Finkel urged “someone, somehow, somewhere” to recognise the importance of that 50th recommendation: a clean energy target.

“You could try the back to the future and invest in large so-called base-load power stations,” he says, but those had challenges due to their timeline for delivery. “You don’t know what the demand is going to be when you commission and turn on the electricity supply.

“So instead of back to the future the alternative is embrace the future. Investors understand they can’t have investment certainty. That’s not what they’re looking for. They want there to be an uncertain investment environment so they can be smarter than the other guy and get the best return. But they are looking for policy certainty.

Energy is boring? Not if you’re a r... Read more
General
The Innovators podcast: Take a journey to the heart of the energy revolution image

We like to say here at ARENA that Aus... Read more
General
Solving the Energy Puzzle – Introducing our new podcast series image