Could the most common element in the universe be the key to a future powered by renewables? 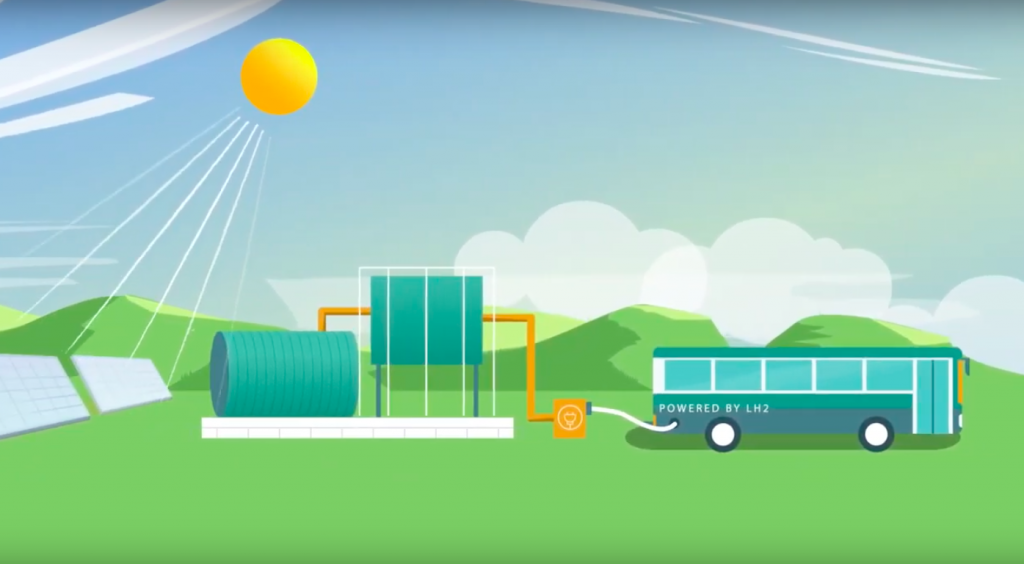 In this episode of ReWired, we explore how renewable hydrogen could be poised for its moment in the sun.

“This is not the first time that people have talked about using hydrogen, clean hydrogen as part of our energy supply….But I would put it to you, this time it’s different.” – Dr Alan Finkel

Despite being used industrially for more than a century, and seen as a fuel of the future since the 1970s, hydrogen is only beginning to emerge as a likely part of our energy toolkit.

While the potential has been well understood, the emergence of electrolyser technology powered by affordable and plentiful energy from the wind and sun is a potential game-changer.

“So we in Australia are blessed with huge amounts of sun and wind, and lots of land. And these are the ingredients needed for a renewable hydrogen energy industry.” – Darren Miller

The opportunity is coming into focus. Just as Australian resources have underpinned global industry for generations, energy from the wind and sun could be shipped offshore as energy importers transition to low emission fuels.

Not only could hydrogen ‘soak up’ excess electricity generated by wind and solar, it offers a pathway to decarbonise gas networks.

Western Australian gas distributor ATCO has built the Clean Energy Innovation Hub at its headquarters in Perth. Now up and running, the Hub is producing green hydrogen from solar panels on site to blend with natural gas and test in domestic appliances.

The project is a stepping stone to decarbonising the existing gas grid, which ATCO’s Head of Innovation Sam Lee Mohan tells us accounts for a massive amount of energy consumed.

“The amount of energy that gas distribution provides to domestic homeowners here in Western Australia is almost two times the amount provided by the electricity network.” – Sam Lee Mohan

The project is helping to understand the tolerances of common household appliances, testing hydrogen blended with natural gas at different concentrations.

“The existing appliances in your home can actually handle a small amount of hydrogen – around 13 per cent – which would mean that 10 per cent of the network could be safely converted to hydrogen using current technology.” – Jane Ryan

This blending technology is also being tested at the Hydrogen Park SA in Adelaide, which aims to be injecting renewable hydrogen into a residential gas grid by mid-2020.

Opportunities for Australia’s renewable hydrogen industry beyond our borders

With Australia’s riches of wind and sun, we are well positioned to produce hydrogen at scale to share with the world. According to research that informed Australia’s National Hydrogen Strategy, global demand could reach 300 million tonnes by 2050.

One country that sees a bright future for hydrogen is Germany. Managing Director of the German Energy Agency Kristina Haverkamp told us it’s clear that Germany will not be able to produce enough hydrogen to meet their future demand.

Describing hydrogen as one of a suite of renewable, synthetic ‘powerfuels’, she believes it will be an important alternative to direct electrification in the pathway to a future powered by renewables.

Where do we start

Produced hydrogen with an electrolyser costs more than fossil fuel alternatives today, but ARENA is working hard to make the emerging technology commercial.

As well as investing $70 million into a new funding round, ARENA is supporting massive ammonia users like explosives manufacturer Dyno Nobel to explore whether it is possible to transition to using a renewable hydrogen feedstock.

“The development of renewable hydrogen, as an alternative economic supply of feedstock for ammonia manufacturing is absolutely the future of chemical manufacturing globally.” – Darren Jarvis

Incitec Pivot’s Vice President of Strategic Project Development Darren Jarvis told us these projects offer a pathway towards the vision of a hydrogen export industry.

“Export industries are what get created after you have a successful domestic industry.” – Darren Jarvis

The projects, supported by companies familiar with hydrogen that have established supply chains, aim to bring down the cost of electrolyser technology and help Australia’s renewable hydrogen industry to compete with non-renewable alternatives.

In recent weeks, the buzz around the ... Read more
Hydrogen energy
How to convert electricity to hydrogen image

As we look back at 10 years since ARE... Read more
Hydrogen energy
Hydrogen fuel cell car demonstration launch in Brisbane image

Gas supplier BOC is taking the leap i... Read more
Hydrogen energy
View all related stories
Follow Us
Back to top