Darren Miller: Why Hydrogen could be the Netflix of the energy industry

EDITORIAL: Much is made by Australia’s energy experts of the potential for hydrogen to be a game-changing technology in the transition to a low-carbon economy. If the world is to achieve net zero emissions by mid century, there is little doubt that renewable hydrogen needs to play a key role. 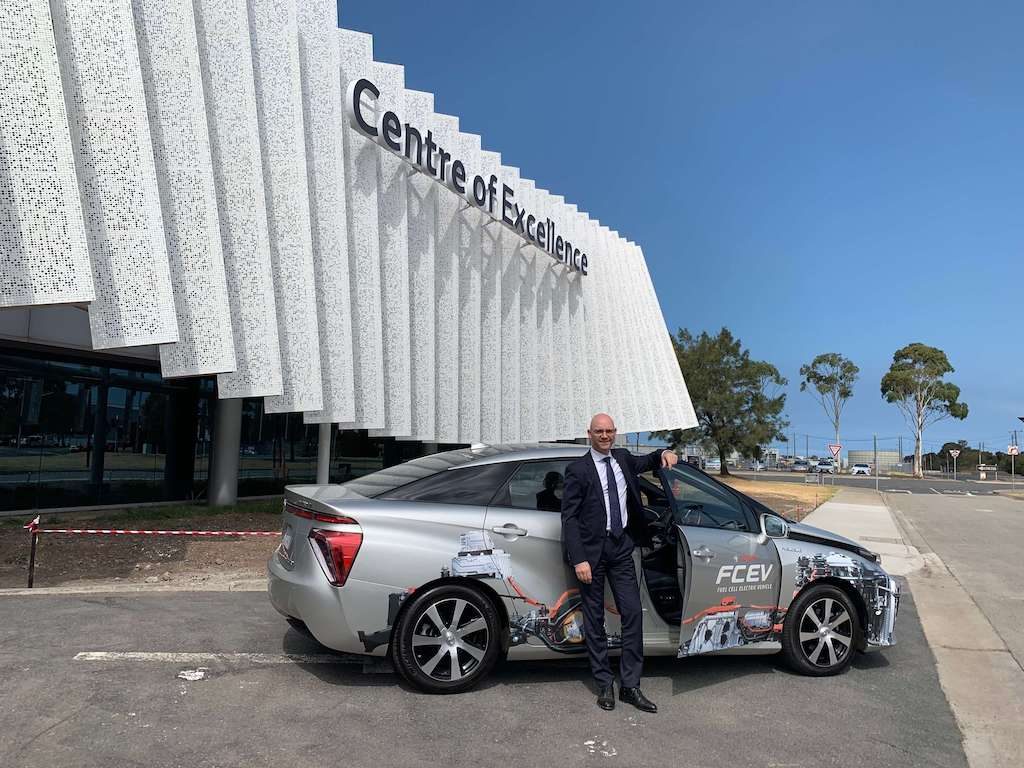 Hydrogen is a versatile fuel capable of powering everything from household appliances to transport to industrial processes, and can be stored in our gas pipelines or shipped overseas. It can even be turned back into electricity to provide long-term storage and balancing for the electricity system.

Renewable hydrogen can be produced via a process known as electrolysis that splits water into hydrogen and oxygen. When produced using renewable electricity, it is entirely emissions free. Far from science fiction, the technology to do this is well understood and can be built today. The trouble is it’s still too expensive relative to hydrogen derived from fossil fuels and alternative fuels such as natural gas.

The good news is renewable hydrogen could be cost-competitive within a few years if we can bring down the cost of electrolysers and the wind and solar energy to power them. We will need to increase the scale at which we manufacture and install electrolysers and we will need the price of renewable electricity to continue to fall. We think we can achieve this because we’ve done it before with other renewable energy technology. An example is large-scale solar, which now costs a 10th of what it did a decade ago – thanks in part to funding from ARENA.

Crucially, Australia is well placed to become a major renewable hydrogen producer and exporter. We are blessed with some of the world’s best wind and solar resources, we have a large sparsely populated land mass, and as a major energy and resources exporter, we are an experienced and trusted trading partner for the countries that will be the future hydrogen importers.

If we are to seize this future export opportunity, the scale of renewable energy projects we will need to build is simply staggering. We will need to produce six or seven times as much electricity as we currently consume throughout our entire domestic electricity system. This would require hundreds of gigawatts of solar and wind farms throughout regional and remote Australia, and many large electrolysis plants closer to the coast with easy access to seawater and shipping.

At this scale, Australia’s hydrogen exports to the likes of Japan and South Korea could be worth tens of billions of dollars a year in the decades to come. And the construction and operation of large solar and wind farms and electrolysers will create thousands of jobs outside of our capital cities.

Hydrogen we produce won’t just be shipped offshore either – it could help decarbonise our ammonia sector, green our gas supply, enable low-emissions heavy transport, and power remote towns and mines. To capitalise on the long-term export opportunity, we will need to get cracking building a domestic hydrogen industry in the coming years.

To date, ARENA has committed almost $50 million to over two-dozen projects, from early stage research to feasibility studies to pilot scale projects encompassing everything from producing hydrogen from solar or from biogas, injection into the gas network, vehicle refuelling and using hydrogen as a chemical feedstock for ammonia.

But what’s potentially even more interesting about this hydrogen export opportunity is the flow-on benefits this could have for our domestic electricity system and economy.

A key reason that electricity prices are high and that the reliability of our system is such a concern is that supply and demand are too finely balanced and that neither are very flexible.

On the supply side, solar and wind farms only generate when the sun is shining and the wind is blowing, and coal plants like to run flat out. On the demand side, big consumers such as aluminium smelters need to run all the time, and households like to run their air conditioners when it is hot, not when it is convenient for the electricity market.

Electrolysers, on the other hand, don’t need to run all the time. They can take advantage of abundant low-priced solar energy during the day and turn off during peak hours when demand and costs are higher. And the sheer scale of the electricity system needed means we will have a greater mix of generation and a stronger, more efficient grid.

In effect, not only will the cost of generating electricity be much lower, but the costs of balancing the system – with large-scale storage – will be reduced, leading to lower electricity prices for households and businesses across Australia.

That’s why hydrogen could be the Netflix of the energy sector. Just as Netflix transformed the way we consume television and movies by providing a cheaper, more convenient service that leveraged the invention of high-speed broadband in our homes, hydrogen has the potential to be a game-changer for energy as a versatile emissions-free fuel with many end uses that leverages low-cost renewable electricity.

As well as allowing Australia to ship our solar and wind to the world, it can deliver us reliable, low cost, low emissions energy and electricity.

Darren Miller is the Chief Executive Officer of ARENA. This is adapted from a keynote address he gave to the All Energy Conference in Melbourne this week.