Sunlight may be free, but the process of turning it into electricity costs money. The good news – for developers and end users – is that upfront capital costs (for construction and equipment) are going down. 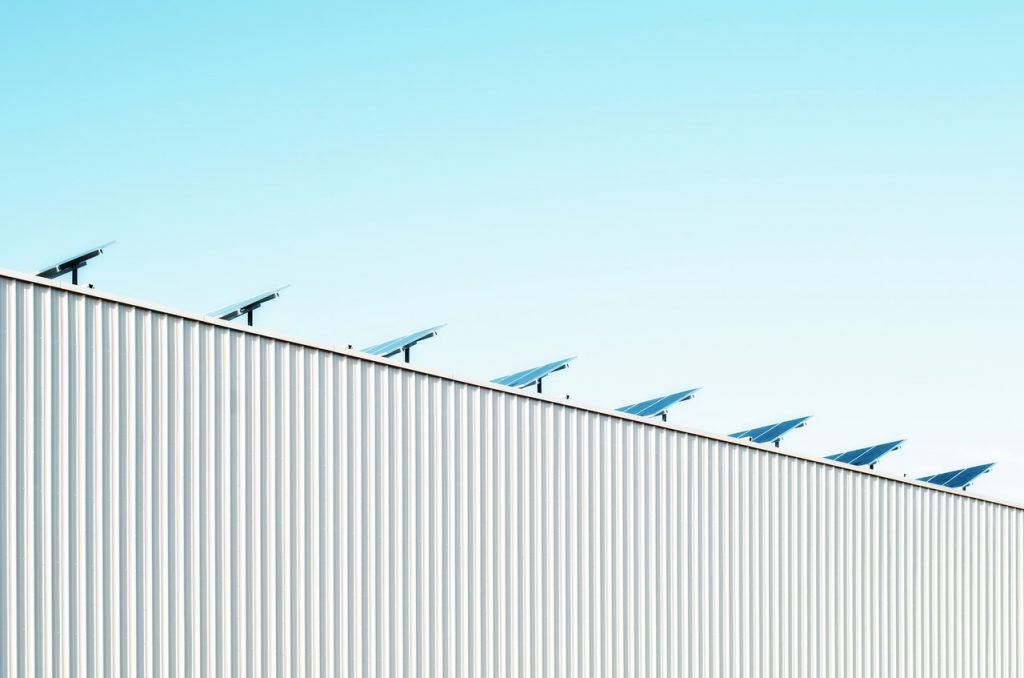 In March 2016, ARENA released data from the ‘expressions of interest’ (EOI) stage of the Large-Scale Solar competitive round, which featured 77 projects. This data showed that costs of large-scale solar (measured in terms of levelised cost of energy or LCOE) were coming down, in the range of $110 to $120 per MWh1.

This range is what renewable energy developers are forecasting it will cost them to build and operate the farms. What about the other side of the equation – the revenue?

Solar farms can sell both their ‘black’ and ‘green’ revenue to an electricity retailer under a bundled long-term contract known as a Power Purchase Agreement (PPA).

Alternatively, these power stations can take on market (or ‘merchant’) risk and operate without a long term contract. This is where electricity price forecasting slots into project planning and costing up. Building an investment case for “going merchant” involves long term forecasting of black and green prices, over the operational life of that big solar farm.

We’ve charted the electricity and LGC price forecasts below supplied by the final twenty applicants to the funding round – showing the range (from minimum to maximum), the average and the mid-point. (Chart values are in $/MWh.) 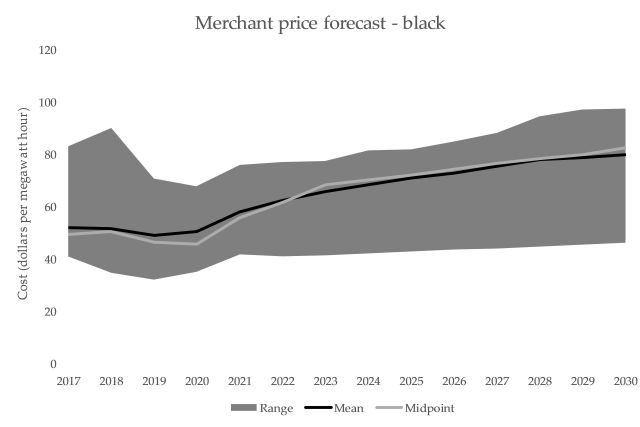 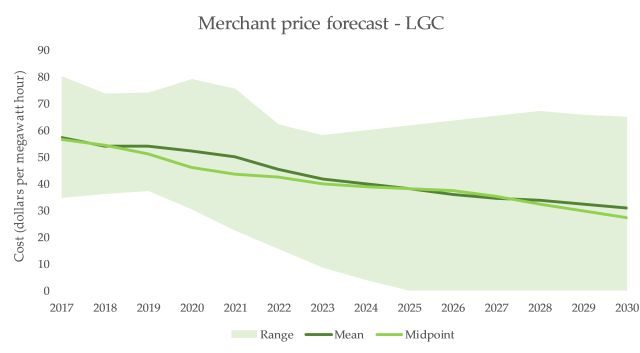 The average black price over the fifteen year period shown above is $43/MWh, and the average green price is $64/MWh. But these averages don’t tell you the full story of the uncertainties in this vital component of large-scale solar construction. By the year 2030, LGC price ranges from $0/MWh to $65/MWh – demonstrating the range of views at play.

ARENA’s Business Development team assessed these data sets during the process of selecting successful applicants during the large-scale solar competitive round. Matt Walden, an Investment Director at ARENA, said “The Competitive Round process allowed us to see various approaches to electricity and LGC price forecasts and it was evident that applicants prepared their forward price curves using different assumptions and inputs. These differences resulted in diverse impacts over the terms forecast.”

What our team also noticed is that, as a group, large-scale solar developers appear more confident about their forecasts of revenue from merchant electricity prices than they are about revenue for LGCs. This is not a big surprise as historic LGC prices have been on a wild and volatile ride over the past few years, so predicting a realistic price based on history or expectations about the future is more art than science. Our large-scale solar developers are mindful that selling the output of a new renewable energy facility over the lifetime of operation can come with many specific considerations.

Though you’ll see a fair amount of discussion around the important issue of the costs of building and running a big new solar farm, developers are keen to ensure they can rely on predictable prices well into the future. With more sharing of knowledge around this and other aspects, we aim to ensure the the industry is well equipped to buttress the hazards of seeking certainty when looking into the future.

Over the past decade or so, improveme... Read more
Solar energy
Portable solar panels when you are on the go! image

What began life as a way to provide r... Read more
Solar energy
View all related stories
Follow Us
Back to top