How an ARENA-backed business collaboration far exceeded its goals, and the lessons it learnt along the way. 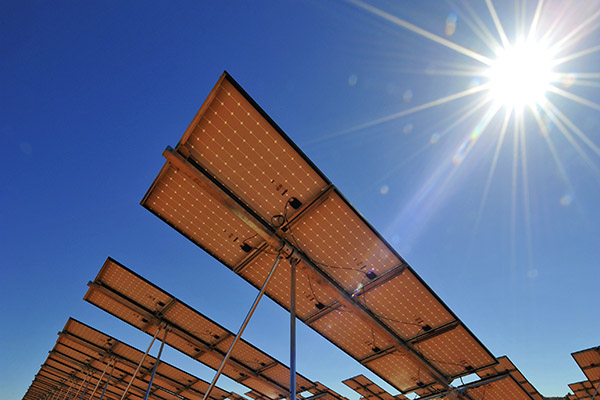 Five or so years ago, any Australian organisation had to be experienced or brave to step with confidence into the business of renewable energy procurement and supply.

Simply put, it was an immature space with uncertainties over finance, process, contracts and deliverables.

As ARENA CEO Darren Miller commented: “So often, barriers to the renewable energy transition are seen as technological, but there has also been a gap in terms of confidence among potential energy buyers, energy suppliers and developers.”

“The Business Renewables Centre – Australia had an effective plan to tackle that gap, which is why ARENA, with others, chose to support their project,” he said.

ARENA helped establish the Business Renewables Centre Australia (BRC-A) back in 2018, with a $500,000 grant and a remit to help businesses and councils make the transition to renewable resources.

With additional funding of $150,000 each from the Victorian and New South Wales governments, BRC-A was set several targets, including a goal to procure 1 GW of energy from renewable energy sources by 2022, growing to 5 GW by 2030.

In its final report to ARENA, BRC-A says it has far exceeded that goal by helping its members to contract 1.8 GW of renewable energy.

In fact, BRC-A says it has surpassed all its project milestones over the 3-year period. Targets exceeded include: delivery of events, training, webinars and briefings to more than 5,500 industry stakeholders; supporting 3.9 GW of renewable energy projects; and industry membership numbers well in excess of expectations (220+ member organisations in Oct 2021).

The not-for-profit model is based on partnerships. In the case of BRC-A, those partners are WWF-Australia, Climate-KIC and the Institute for Sustainable Futures (UTS).

The aim is to make it easier, through BRC-A membership, for organisations to enter the renewable energy market and secure energy deals. Membership gives access to education opportunities and shared knowledge gained from earlier member experiences.

Much of BRC-A’s work is focussed on breaking down barriers to energy deals.

What are Power Purchase Agreements (PPAs)?

For instance, the main mechanism for energy deals in Australia is the Corporate Power Purchase Agreement (PPA).

PPAs offer increased certainty to energy buyers, who can better plan their pathway to decarbonisation. Equally, PPAs remain an important source of funding for new solar generation and wind projects entering the grid.

According to BRC-A, 2020 was a record year for PPAs in Australia with contracted capacity topping 1GW in a year for the first time.

In its report, BRC-A says it believes this success to have been due to its efforts since 2018 to reduce barriers to accessing information and speeding the time taken to execute PPAs.

If that all sounds like unqualified success, BRC-A says there are lessons to be learnt.

BRC-A says it miscalculated the fee structure in its membership model, charging too little or nothing at all for some services. At the end of the trial period, BRC-A concluded: “The underlying member revenue was not enough to sustain the organisation in the longer term.”

Interestingly, energy developer and service provider members told BRC-A its fees were too low. And energy buyers, who were charged no fees, said they were prepared to pay for BRC-A services.

Developers and service providers also said BRC-A’s offerings were insufficiently transparent and needed to be simplified.

And on a practical level, while the COVID-19 pandemic forced a switch from face-to-face workshops to online training, the latter was more resource intensive.

To implement those lessons, the final report proposes a new, Renewable Energy Buyers Concierge model, which will focus on providing members with a simpler, step-by-step “buyer journey”.

The proposal includes charging energy buyers to access services, which will help sustain the program over coming years.

The report concludes: “The long-term objective of the BRC-A is to continue to provide support for Australian industry to procure renewable energy, especially via PPAs, working towards industry decarbonisation as the energy market context evolves.”

Darren Miller said: “BRC-A has over delivered on the targets it was set. More organisations report more confidence in signing more PPAs.

“ARENA’s initial support, with help from other sources, has achieved a good result, allowing BRC-A to plan its own future. We wish them well,” he said.

EV charging stations on the up image

The Scale Up program will be availabl... Read more
Renewables for industry
Offshore wind could unlock green aluminium image

... Read more
Renewables for industry
View all related stories
Follow Us
Back to top