The Scale Up program will be available for renewable energy startups with funding announced for accelerator EnergyLab. 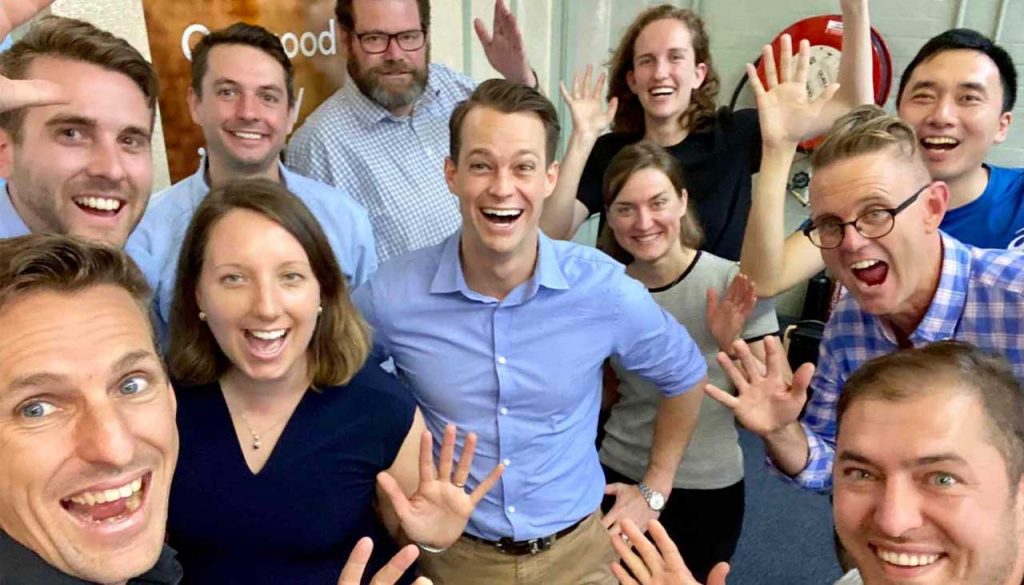 Scale Up program by EnergyLab participants.

ARENA is providing $480,000 in funding to help the Scale Up program by EnergyLab to provide more support to clean energy entrepreneurs.

The funding will help EnergyLab to launch a ‘Scale Up’ program to build on their existing support for companies in the pre-acceleration and acceleration stages.

The new Scale Up program has been tailored to ‘late stage’ startups, which EnergyLab broadly define as those generating revenue with a proven product and customers.

To help these companies reach the next level, EnergyLab is offering introductions to influential figures from across the energy industry and access to their mentoring network of 250 energy leaders. The group includes representatives from established energy companies, government agencies, investor groups and advocacy organisations.

As well as advice and introductions, the program will also help emerging companies get their name out and pitch to investors at public events and one-on-one meetings. Help with essentials like legal, accounting and PR is available, as well as access to EnergyLab’s co-working spaces in Melbourne, Sydney and Brisbane.

Tailored assistance to take startups to the next level

Since its establishment in 2017, EnergyLab has built a network of over 100 angel investors and worked with more than 80 energy startups. One of these is disruptive retailer Amber Electric, which raised $2.5 million in late 2019 to help grow its customer base across Australia’s east coast.

EnergyLab CEO James Tilbury told ARENAWIRE that they founded the accelerator to provide the specific support that renewable energy startups need to succeed.

“We noticed at the time Australia had recently developed a great startup support ecosystem, but that support was focused on software startups,” Tilbury said.

While a lot of clean energy startups were going through the established programs, they could see that the assistance being offered was not hitting the mark.

“We believe the reason is because clean energy startups face a number of barriers that are a bit different to a typical software startup. There are regulatory barriers, capital intensity and geographic constraints.”

“We’ve re-examined every aspect of an acceleration program, and tailored it towards what clean energy startups need,” he said.

Despite the well-understood challenges launching new companies, EnergyLab sees opportunities for startups to play an important role in the energy transition.

“The exciting thing about startups is that you are creating something completely new that wouldn’t exist unless you had set up that business. “You have the potential to grow rapidly and have a big impact.”

Tilbury points to the example of Tesla, which was founded in 2003 by engineers Martin Eberhard and Marc Tarpenning. With backing from investors including Elon Musk, he says the company has managed to completely change the trajectory of electric vehicles.

“That’s what we are trying to enable individuals to do through EnergyLab.”

The rollout of the new Scale Up program will mean that EnergyLab can offer tailored support to people at every stage of their entrepreneurial journey.

According to Tilbury, they are working with startups to multiply their early successes and reach the next level.

EnergyLab has started the process of recruiting entrepreneurs and startups for the Scale Up program, with successful applicants to be announced later this year.

“Startups and entrepreneurs play an important role in accelerating the uptake of clean energy solutions, however, they can also face challenges in reaching scale and aren’t equipped to overcome hurdles such as high capital requirements, geographic constraints and revenue delay.”

“EnergyLab, through mentoring and supporting startups, will help us to see an increase in expertise, skills and capacity in the renewable energy technology sector and identify pathways to commercialisation to keep Australia at the forefront of renewable energy innovation,” Mr Miller said.

In a sign of the times, oil and gas g... Read more
Renewables for industry
Thermal energy: Can MGA fill a battery gap? image

A novel approach to utilising latent ... Read more
Renewables for industry
Australian businesses are making one big mistake when it comes to renewable energy. image

If there was any doubt that the Austr... Read more
Renewables for industry
Miners rush to renewables: an industry turning point. image

It’s no secret that mining involves... Read more
Renewables for industry
View all related stories
Follow Us
Back to top