We know that using energy more efficiently can help to manage demand sustainably and affordably. But what if we go one step further, and pair improvements to efficiency with with solar power, battery storage and renewable energy purchase contracts? 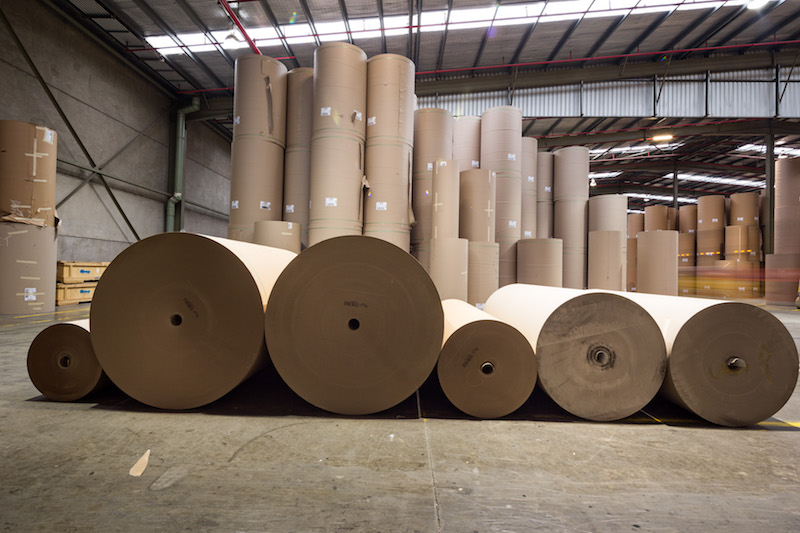 Doing more with less energy won’t just reduce costs – it also has potential to materially reduce the emissions from some of the largest energy users.

Created to showcase projects that combine energy efficiency with renewable energy, the first Integrating Clean Energy prize was awarded to the Orora Group for its Botany recycled paper mill project.

Responding to a call by Orora CEO Nigel Garrard to reduce energy consumption and greenhouse gas emissions, the Botany Mill undertook a radical transformation in 2012.

First opened in the 1920s, the mill is a large user of both electricity and gas. Despite a previous refurbishment and fitout with modern equipment, rising energy costs led the company to embark on the $20 million project.

As part of the 2012 refit, Orora installed a state-of-the-art machine able to annually produce 400,000 tonnes of packaging and industrial paper from recycled materials. Not only did the project improve energy productivity by more than 10 per cent, the mill has been transitioned to run entirely on renewable electricity, with renewable heat displacing a portion of the site’s gas use.

This has been achieved partly through construction of a biogas cogeneration plant, which captures methane produced through the process of treating the seven million litres of water used daily on site. Installing a variable speed drive on the paper machine alone cut consumption from the mill’s most electricity hungry process by 90 per cent, while also lifting production and lightening maintenance loads.

As part of the project, Orora’s workforce was provided with opportunities to propose energy saving initiatives, achieving in excess of $150,000 in energy reductions annually from zero-cost measures.

After undertaking the work to eliminate energy waste, the company entered into a renewable power purchase agreement to supply 100 per cent of the site’s remaining electricity needs.

According to the International Energy Agency, greater efficiency will be needed in conjunction with a transition to renewables to meet global climate targets.

Ahead of December’s COP24 Climate Change Conference at Katowice in Poland, IEA analysts Kevin Lane and Armin Mayer argued that global growth is offsetting gains in energy efficiency, but this can be reversed with greater action on efficiency.

They say that even deploying only the cost-effective technologies available today would “allow the global economy to double by 2040 with only a marginal increase in energy demand.”

“Energy efficiency has been critical in decoupling economic growth from rising energy consumption and greenhouse gas emissions,” they say in a recent article.

“Ultimately, developed and emerging economies will continue to strive for economic growth… precisely for this reason, energy efficiency will be absolutely indispensable for ensuring that these objectives are met while increases in global energy consumption are kept to a minimum,” they said.

ARENA CEO Darren Miller says the agency sees an opportunity to address both the supply and demand side of the energy equation as part of the renewable energy transition.

“Supporting large energy users to improve their productivity will accelerate the uptake of renewables and also make the grid more responsive and reliable,” he said.

“Projects like Orora’s mill upgrades are win-win. These projects reduce the cost and scale of the renewable energy transition while delivering immediate benefits to businesses, consumers and the environment.”

Innovation Bay is bringing together Renewable Energy startups and investors

Is your renewable energy startup look... Read more
General
The Innovators podcast: Take a journey to the heart of the energy revolution image

This International Women’s Day, ARE... Read more
General
View all related stories
Follow Us
Back to top