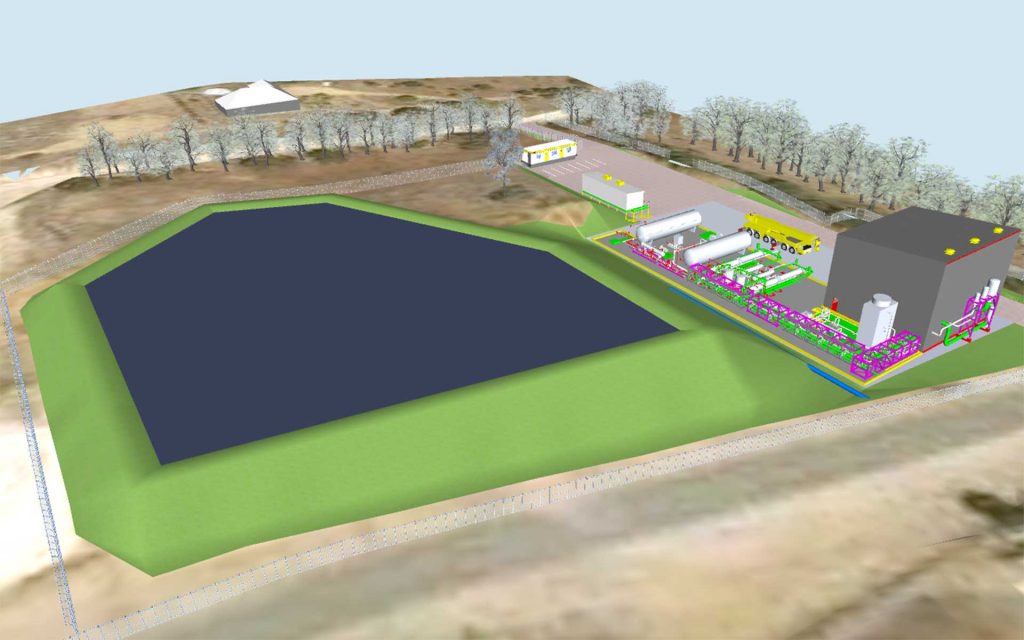 Canadian startup Hydrostor will build the 5 MW / 10 MWh compressed air storage facility at the old Angas Zinc Mine near Strathalbyn, about 60 kilometres south-east of Adelaide.

The technology underpinning the new facility has been trialled and demonstrated that it stacks up, at least technically.

In 2015 Toronto-based Hydrostor deployed large underwater balloons in deep water off the shore of Lake Ontario. Filled with compressed air during off-peak periods, the balloons are designed to deflate under the weight of water pressure to power a turbine and generate electricity when demand rises.

While the pilot project proved that the technology can work well for locations near the ocean or deep lakes, the company needed to find a way to make the system work for landlocked sites without access to natural bodies of water.

For these locations, Hydrostor has developed a system where a cavern excavated deep underground is used to store the compressed air, with pressure supplied by a vertical water column.

During charging, compressed air is pumped into the underground chamber, displacing water from the cavern up to a reservoir at the surface. Heat created during the compression process is collected and stored, then used to reheat the air when the system is discharged to drive the turbine and create electricity.

With capacity limited only by the size of the underground cavern, the Advanced Compressed Air Energy Storage (A-CAES) technology is able to provide long duration storage, lasting for hours or even days.

In the case of the Strathalbyn site, an existing underground void will to be repurposed to store the compressed air.

ARENA is providing $6 million in funding towards the $30 million demonstration project and the South Australian Government is putting in $3 million.

Race on for grid-scale energy storage

Now that solar and wind is demonstrably the cheapest form of new generation and the transition to renewables is accelerating, the question of what happens when the wind doesn’t blow and the sun doesn’t shine is becoming more pressing.

The solution is storage, and ARENA is supporting some of the biggest projects in the country.

From the grid-scale batteries being built in South Australia and Victoria, to Tasmania’s plan to develop new hydro and wind generation and become the ‘battery of the nation’, these projects are unlocking the technology needed to make our renewable energy supplies reliable and affordable.

The facility will provide a range of services, including synchronous inertia, load shifting, frequency regulation and provide support for grid security and reliability.

“Compressed air storage has the potential to provide similar benefits to pumped hydro energy storage, however it has the added benefits of being flexible with location and topography,” he said.

Storing compressed air in underground cavities left after the zinc mine shut down operations in 2013, Hydrostor’s project will give the mothballed site a fresh start.

“It’s always exciting to see old brownfield sites given a new life and utilised for our transition to a cleaner and renewable future,” Mr Miller said.

“We’re excited to have the opportunity to demonstrate the significant benefits of adding our flexibly-sited, low-cost, bulk energy storage to the diverse range of technology helping Australia transition to a lower-cost, high system strength, cleaner electricity grid.”

How could pumped hydro energy storage power our future? image

One of the world’s largest compress... Read more
Hydropower / Pumped Hydro Energy Storage
Back to the future with pumped hydro energy storage image

One of Australia’s oldest and most ... Read more
Hydropower / Pumped Hydro Energy Storage
Old mine given new lease of life as a power plant image

ARENA has thrown its weight behind a ... Read more
Hydropower / Pumped Hydro Energy Storage
View all related stories
Follow Us
Back to top