Bruny Island might be best known for its rugged coastline, wildlife and its cheese and oysters beloved by daytripping foodies, but this tiny Tasmania island is on the cutting edge in Australia’s energy transition. 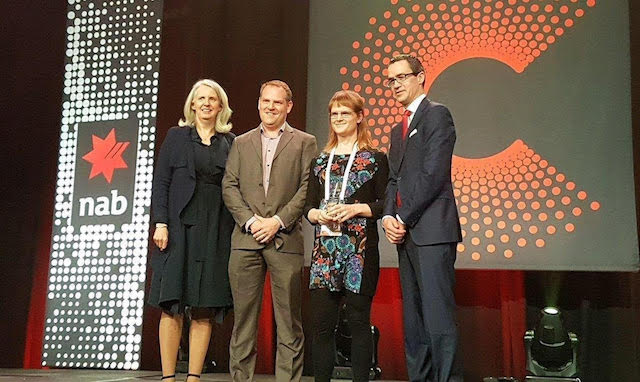 More success has followed as the project advanced to the finals of Engineers Australia’s Engineering Excellence Awards after taking out the Tasmanian prize at a ceremony in Hobart last night.

The Bruny Island Battery Trial aims to to reduce reliance on diesel generators by harnessing energy from solar panels and batteries installed at 34 houses across the island.

Launched in early-2016, ARENA is providing $2.89 million to Australian National University (ANU), who are leading the $7.99 million project.

The project team are exploring how effectively solar and batteries can manage household energy demand and also support the broader network.

The fully automated Network-Aware Coordination (NAC) system being used is the first of its kind. In the trial, it coordinates batteries equipped with Reposit controllers, to support the network when and where it is needed. In the future, it will also have the capacity to integrate EVs, smart appliances and other distributed resources as they come online.

One unique aspect to the trial is its focus on consumers and their experiences of the technology being used. Researchers are working hard to understand broader aspects of the energy sharing model, including how participants feel about contributing to the electricity network to support their neighbours.

Two and a half years on from the start of the project, TasNetworks’ Senior Innovation Engineer Laura Jones says things are progressing well with batteries installed and doing their job.

“We are about to start our next round of social science interviews to capture customers thoughts, feelings, and actions now they have had their systems for a while,” Laura Jones said.

Diesel consumption on the island is reducing, and while yet to be quantified Jones is confident, declaring that “diesel savings increase every event as we learn and improve things.”

The project is already building an evidence base to improve the way distributed energy resources like rooftop solar and batteries can be integrated into the wider network.

“There are some learnings we can implement immediately and some that will take a few years to develop. What is exciting is that all are directly relevant to the way distribution system operation is developing,” she said.

“We are already implementing a distribution system operator on Bruny Island, so we know how it works. We have experienced the problems and solved them already on Bruny Island. And that is an extremely valuable ‘light on the hill’ to guide us through the energy transition.”

Jones says the Clean Energy Council’s Business Community Engagement Award is validation for the unique way the team have rolled out the Bruny Island program.

“It is an exciting recognition of the entire project team’s hard work to get the project to where it is. It also demonstrates the benefits of actively including social science into the project as a deeply integrated team,” she said.

The Australian National University leads the project, which Professor Sylvie Thiebaux from the College of Engineering and Computer Science says is advancing the coordination of distributed resources owned by third parties.

“One of the most interesting things about this project is the very sophisticated and powerful way we coordinate distributed energy resources. That has the potential to be how the future grid is operated,” Sylvie Thiebaux said.

The 34 household ‘mini generators’ represent about seven per cent of the island’s fluctuating population, delivering up to 110kw of renewable energy to meet the spikes in demand during popular holiday periods.

“Bruny Island is connected to Tasmania’s network with a cable. That cable is over-constrained over the weekends and when a lot of holiday makers go to the island,” she said.

Historically diesel generators filled the gaps, but Thiebaux says they trying to offset their use with battery power.

Participants self-selected to be part of the program and were put in contact with installers to decide on the most suitable solar and battery systems.

“We’ve run the trials trying to project ourselves into the future – we’ve let consumers send us an expression of interest to be part of the trial. If accepted, we’ve put them in touch with installers from an approved list,” she said.

Research into the motivations of participants is being undertaken by the University of Tasmania, who are investigating how consumers – many of who are older and not technically minded – react to the technology, what they think about using consumer owned batteries to support the network, and whether they they think the incentives are suitable.

Thiebaux says performance is improving as forecasting of load and solar generation on the island improves, predicting a bright future for the technology.

“What we would like to do in the future is scale this to thousands of batteries in a range of settings,” she said.

Previous winners of the Business Community Engagement Award include the Climate Council for their work dispelling misconceptions about the cause of the 2016 blackouts in South Australia, NT Power and Water for reducing bills by improving energy efficiency in remote communities, and Infigen for their community fun run which attracted 750 people to build support for the Woodlawn wind farm.

Over the past decade or so, improveme... Read more
Solar energy
Indo Island Shift image