Geelong will be home to a next generation hydrogen service station announced by Viva Energy. 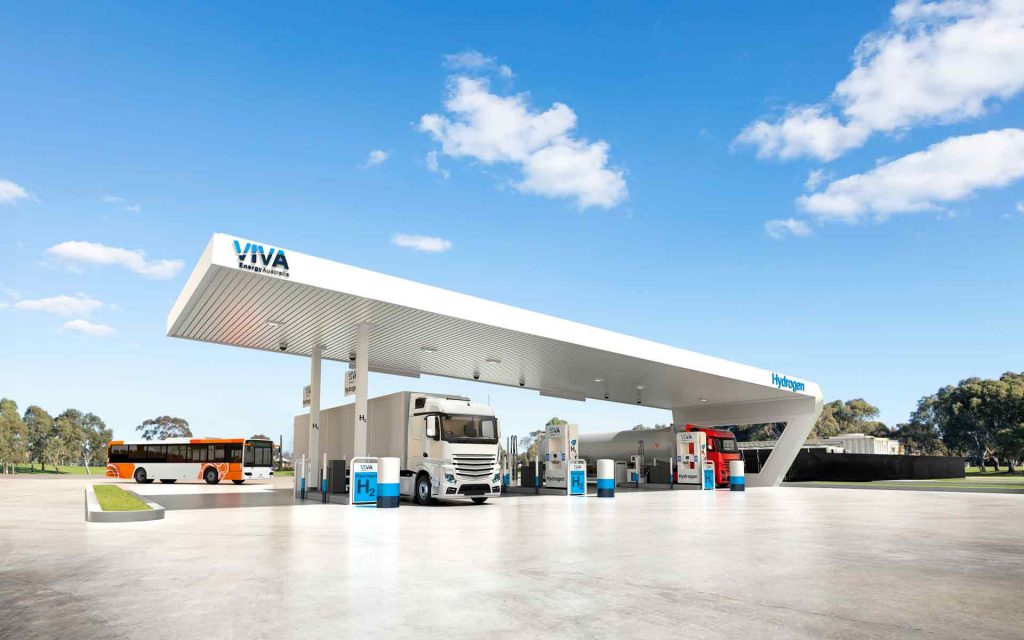 The New Energies Service Station will be built at the site of Viva’s existing petroleum refinery and feature a 2MW electrolyser as well as hydrogen compression, storage and dispensing infrastructure.

The $43.3 million project is supported by the Australian Government with $22.8 million through ARENA.

The first public hydrogen refuelling facility in Australia, the project aims to support the uptake of hydrogen Fuel Cell Electric Vehicles (FCEVs) in heavy vehicles fleets in the Geelong region.

Renewable hydrogen will be produced on site using recycled water from Barwon Water’s Northern Water Plant and used initially to fuel a fleet of 15 FCEVs to be owned and operated by project partners.

As part of the project, ARENA funding will subsidise the purchase of the initial 15 FCEVs that will utilise Viva’s refuelling infrastructure.

The construction of the New Energies Service Station will form part of Viva’s recently announced plans to achieve carbon neutrality by 2050, with aims to upgrade and replicate the project across Australia.

Viva Energy CEO and MD Scott Wyatt said the Geelong New Energies Service Station will begin as a back-to-base model, but Viva Energy hopes the project will be the first of a network of hydrogen refuelling outlets located on key transport routes up Australia’s east coast, connecting Melbourne, Sydney and Brisbane.

“Our existing partners have come on this journey with us and we share their excitement about what it means for the future of zero emissions transport,” Mr Wyatt said.

“This project puts hydrogen-powered vehicles on the road to prove their value in day-to-day commercial operations while reducing the carbon footprint of the heavy vehicle transport we rely on every day.”

Viva hopes to later co-locate diesel refuelling facilities at the site to demonstrate to diesel users the benefits of FCEVs for heavy and long distance vehicles.

Partnering with Viva on the project builds on ARENA’s existing work to decarbonise the transport sector with battery and FCEV technologies.

ARENA CEO Darren Miller said the project will help to accelerate the commercialisation pathways for FCEV fleets in Australia.

The experiences of Viva Energy and fleet vehicles using the renewable hydrogen produced onsite for refuelling will provide valuable insights into the operation of different types of hydrogen FCEV heavy vehicles.

This project will be a key opportunity for early uptake of commercially viable hydrogen and a service station model that could be replicated across Australia as the price of electrolyser technology drops,” he said.

The announcement follows ARENA’s recent opening of the Future Fuels Program, a $128 million package with an initial focus on supporting both passenger and heavy vehicle fleets to transition to zero emission vehicles.

Viva Energy will begin construction at their Geelong refinery next year and the New Energies Service Station is expected to commence operations by early 2024.

Can we use hydrogen as an energy sour... Read more
Hydrogen energy
More than $3 billion of hydrogen projects bid for ARENA funding image

Adapted from a speech delivered by AR... Read more
Hydrogen energy
View all related stories
Follow Us
Back to top