For acting Prime Minister Barnaby Joyce this was a different sort of farm, but the Nationals leader was no less excited to be visiting. 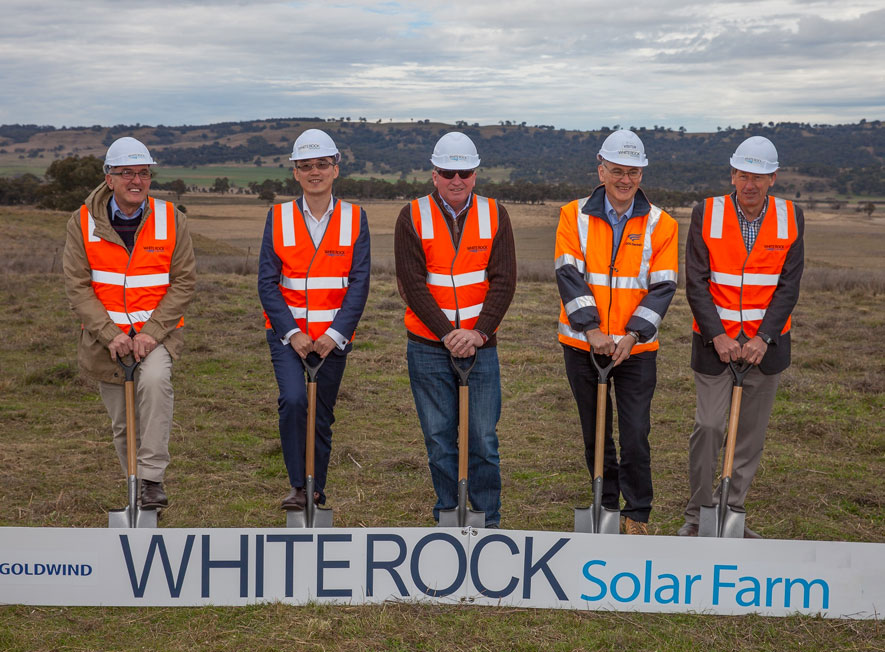 Mr Joyce was keen to show his support for Australian renewable energy this week by marking the start of construction at the White Rock Solar Farm, in his electorate of New England.

“It is positive news for the New England Electorate that the White Rock Solar Farm project construction is now commencing,” said the Deputy Prime Minister, in a statement issued afterwards.

ARENA contributed $5.4 million to this $44.5 million project as part of a large scale solar competitive round in the Advancing Renewables Program.

The 20 MW solar farm is expected to generate around 46,000 megawatt hours in the first full year of operation, which is sufficient to power approximately 7,200 NSW homes annually.

The operating life of the solar farm will be up to 30 years.

The solar and wind farms together will form an innovative hybrid project that will increase energy security by making the most of the complementary power generation technologies. That means that when it is cloudy the wind farm can still generate power. And when there is no wind, the solar farm can still contribute to the energy grid.

Co-location of the wind and solar projects also lowers the cost of the solar energy through shared resources and infrastructure.

This article was originally written by Cresside Bradley, Writer.