It is often assumed that renewable energy makes electricity more unreliable. After all, the sun doesn’t always shine and the wind doesn’t always blow. 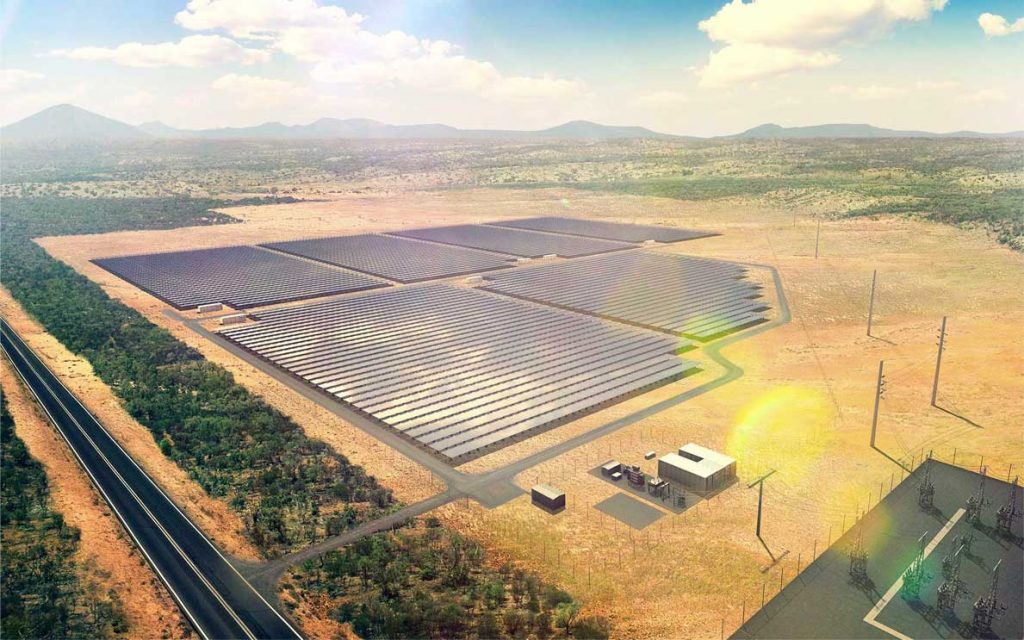 But while that’s a simplification that is open to challenge in the future (given the growth of battery and other forms of storage) it’s one that definitely rings false when applied to regional and remote communities located on the edges of the grid.

For those communities, and there are plenty of them, renewables represent their best chance to make electricity supply more reliable.

Electricity users in remote grid-connected communities have long been plagued with power blackouts and low-voltage problems. That’s because the electricity sent out by power stations has a long distance to travel before reaching those communities.

Just like water moving through a long sprinkler system, the furthest sprinklers tend to miss out due to water pressure being lost along the way. Blackouts and voltage issues are the electricity version of that dribbling sprinkler head.

What are large-scale solar farms?

Large-scale solar farms built near remote communities on the edges of the grid can improve the reliability of electricity provided to those communities by topping up supply during periods of peak demand. The additional energy can also help to fix any low-voltage problems being experienced on that part of the grid.

Like many of the towns scattered throughout Australia’s outback, Barcaldine has a long and colourful history that makes it a popular tourist attraction as well as a bustling hub for the region’s sheep and cattle industries.

Tourists with an interest in history or politics are drawn to the 130-year old town to visit the focal point of the 1891 shearers’ strike and the striking sculpture that protects the preserved remains of the Tree of Knowledge. Other visitors come to sample the region’s famed artesian waters, learn about the local Indigenous culture, marvel at the majestic natural landscapes, or participate in Barcaldine’s various festivals.

Whatever the reason for the regular influx of visitors to the relatively small country town, Barcaldine needs reliable electricity to meet the needs of its surging visitor population as well as its own businesses and households.

The nearby Barcaldine Remote Community Solar Farm, now owned by Foresight, is making that possible using 78,000 solar panels that stretch across an area bigger than 30 MCG playing fields. The 20 megawatt solar facility is the first of its kind in Queensland and also the biggest solar power plant in the state.

By feeding solar power into the grid at a point close to the town, the facility is helping to improve the reliability of electricity being supplied to Barcaldine.This also avoids the need to construct costly new grid infrastructure, even when electricity demand grows with the expected expansion of the resources sector in the nearly Galilee Basin.

Another ARENA-supported project in a legendary Australian outback town is taking a step further in delivering reliable electricity to fringe-of-grid communities by exploring an innovative form of protection from blackouts known as “islanding”.

The project will power the remote grid-connected town of Lakeland, which is modest in size but known as the ‘Gateway to the Cape’ for providing essential services to tourists embarking on the trek to explore the world-renowned Indigenous culture and natural beauty of Australia’s Cape York Peninsula in far north Queensland.

Lakeland is almost as old as Barcaldine, established in late 1800s to service the Palmer River gold rush. A hundred years later the region’s cattle stations were joined by a horticulture sector that has since thrived on the area’s rich volcanic soils. As a result, Lakeland has an unlikely pairing as its main industries: cattle and bananas.

Just like it’s sister-town Barcaldine, Lakeland needs reliable electricity to look after its own community as well as the many tourists who pass through. Conergy’s Lakeland Solar & Storage Project will do so by using an innovative combination of solar panels and big batteries.

The project combines a 10.8 megawatt solar farm featuring more than 40,000 solar panels with a smart controller and a 1.4 megawatt battery system that can store up to 5.3 megawatt hours of electricity. This combination makes it possible to supply the town of Lakeland, located more than 1200km from the power station that supplies it, with clean energy at any time including overnight and at peak demand periods.

The project also aims to be the first in the world to explore the economic viability of using a big battery system paired with big solar to keep a grid-connected community fully powered when there is a grid power failure. During the project’s “islanding” tests, Lakeland will be transformed into a self-sufficient energy island by completely separating the township from the grid and powering it solely by solar and battery storage for several hours.

By proving this innovative approach is technically and economically viable, the Lakeland Solar & Storage Project will pave the way for more combined solar and storage facilities could be built alongside other remote grid-connected communities to provide reliable power to households as well as businesses. This service would be particularly valued by business operations that rely on a guaranteed source of power.

“Connecting a utility-scale solar and battery storage system to the grid has been a learning curve for all parties involved in the connection process and in many ways has set a new benchmark for future projects,” said Christopher West, the Managing Director of Conergy.

“The benefits of building projects like this in remote communities mean quality power supply in areas of need, a substantial financial injection into the local economy, employment opportunities during construction as well as long-term contractor positions to maintain the development for an expected 25yrs+.”

It’s a relatively new concept to use renewables to stabilise and strengthen an electricity grid, so ARENA is supporting these projects to demonstrate that reliability benefits can be delivered with renewables and that the cost of doing so will reduce over time.

“ARENA’s support was invaluable and made the project, at the time, a viable proposition,” Mr West explained. “The solar combined with battery storage and a smart controller was a new technology combination to Australia and the APAC region and has huge potential across many regions in Australia.

“Now that the renewable market is steadily growing more confidence due to important projects like this and investor support, prices for solar and storage are coming down significantly as demand for this collocated technology increases.”

Once the energy sector and the investment community have confidence in such projects, there will be no further need for ARENA to support them.

Digging the future at the West Australian Copper mine image

Connection is an under-appreciated co... Read more
Large-scale solar
View all related stories
Follow Us
Back to top