The energy revolution is here, now. And in Australia, where coal-fired stations are powering down and energy needs are growing more complex, we are right in the middle of it. 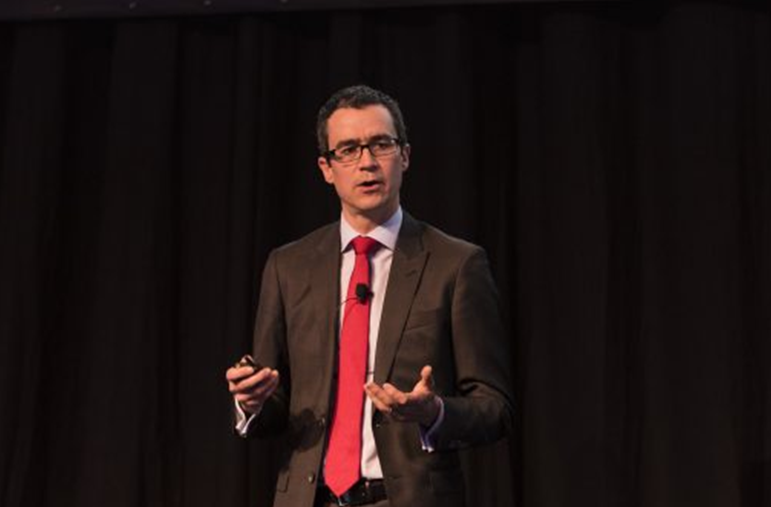 The Clean Energy Council’s Kane Thornton on stage at the Innovating Energy Summit.

It’s an extraordinary moment for the energy sector, Kane Thornton says. The Clean Energy Council’s chief executive was among a number of renewable energy industry leaders and thinkers selected by ARENA to outline their vision for Australia’s energy future to a packed audience in the Great Hall of Parliament House in Canberra for the Innovating Energy Summit in August.

Thornton’s address is the first in ARENAWIRE’s Energy Innovators series, a collection of talks that highlight the greatest innovations and challenges facing Australia’s booming renewable energy industry at the moment. It’s a celebration of the talent and ingenuity bubbling up in the industry, a spark to ignite inspiration.

In each case you’ll be able to watch their full talk, plus the lively Q&A session that followed it. All right here on ARENA WIRE.

A matter of time

To Kane Thornton, the broad shift to renewables is imminent and inevitable.

“The reality is the vast majority of our coal fired generation that we’ve relied on for much of last century is old and is getting older,” he says.

“It is starting to close down. And just like an old car, the older they get the more expensive they become to run and the less reliable they become. The reality is that whether we like it or not, we’re going to have to replace these generators with new forms of energy generation.”

He pointed to a “dramatic shift in the economics” of renewable energy, with wind and solar plants now cheaper to build than coal-fired stations and the cost of producing solar more than halving in the last five years.

“There is extraordinary momentum in clean energy in this country right now,” he says.

In the Q&A with ARENA’s Phil Cohn and engaged members of the audience that follows his talk, Thornton argues for policy certainty that goes “long beyond the next decade”.

With 49 of the Finkel Review’s 50 recommendations already accepted by the Turnbull government, Thornton says it’s no surprise what’s next on the Clean Energy Council’s wishlist.

“A clean energy target is clearly what we’re looking for.”

Successful startups will have the opp... Read more
Renewables for industry
View all related stories
Follow Us
Back to top