An energy microgrid for a military installation

When it comes to running the nation’s largest naval base, security and stability are generally pretty important. And not just around electricity supply. 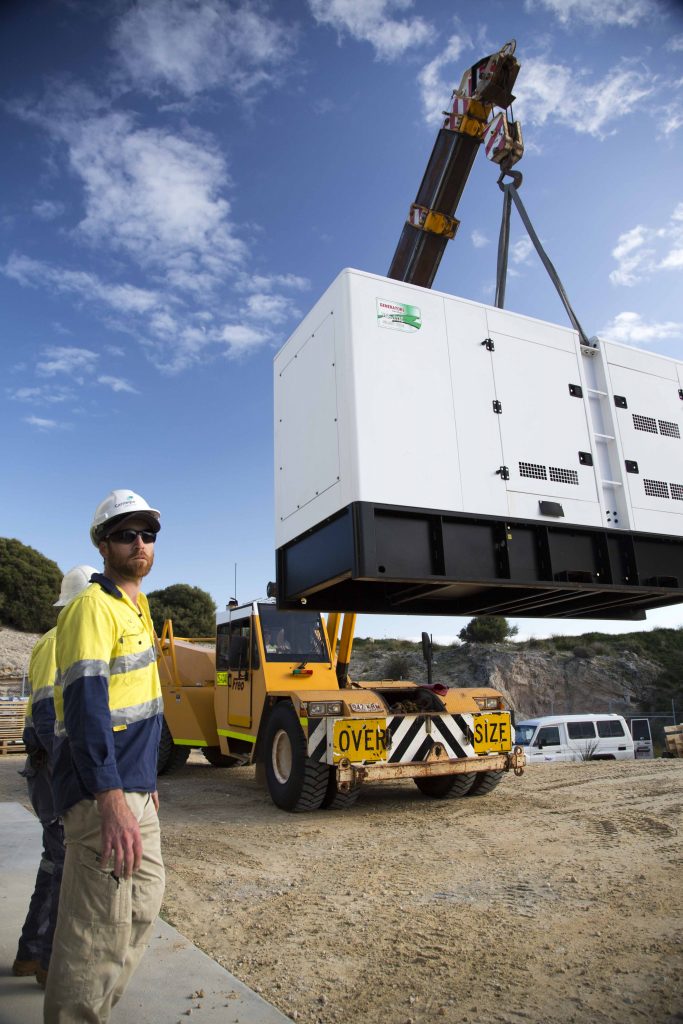 A battery being installed at the HMAS Stirling microgrid south of Perth.

That’s why the Department of Defence has decided to plunge headlong into renewable energy, teaming up with ARENA and West Australian company Carnegie on a project to make HMAS Stirling, 61 km south of Perth, the nation’s first military installation with its own energy microgrid.

Energy and Environment Minister Josh Frydenberg joined ARENA Chief Executive Ivor Frischknecht on Tuesday to turn the first sod at the $7.5 million project, to which ARENA has contributed $2.5 million.

“Microgrids like this one are good for security and reliability,” Mr Frischknecht said. “They are a key part of the renewable energy future and have the potential to reduce network costs.”

HMAS Stirling is almost a mini-city in itself. The largest base in the Royal Australian Navy, its Garden Island facility is home to more than 2300 service men and women, 600 defence department civilians and around 500 contract workers.

No stranger to high-tech equipment, the base hosts 12 fleet units, including the navy’s ANZAC Class frigates and Collins Class submarines, as well as a defence communications station.

To that impressive collection you will soon be able to add the world’s first renewable energy integrated microgrid that has the option of receiving wave energy and will produce both power and desalinated water for the base.

The Project will involve the construction and integration of 2 MW of photovoltaic solar capacity, a 2MW/0.5MWh battery storage system and a control system and will include augmentation of the grid connection.

It highlights the growing interest of military organisations worldwide in investing in renewable energy as a way of increasing energy security and stability.

So, what’s an energy microgrid then?

A microgrid is a discrete energy system consisting of distributed energy sources and loads. It is able to operate either in parallel with, or independently from, the main power grid.

The Garden Island Project will also boast the ability to incorporate wave energy using the infrastructure installed under the Perth Wave Energy Project, to which ARENA has previously contributed funding and which is currently located nearby.

ARENA has already seen the impact of promoting renewable energy uptake in other areas, such as the De Grussa copper mine in Western Australia. At De Grussa, mine operator Sandfire installed a 10.6 MW solar PV farm with funding from ARENA. The success of that venture has directly led to strong interest in duplicating the setup from other mining industry players.

“One of the main ways to accelerate the renewable energy shift is not just to help fund projects, but ensure that other innovators are encouraged and energised to take the lead of those bold enough to do things for the first time,” Mr Frischknecht said.

“For that reason, we are hopeful that Carnegie’s project here will attract similar interest, becoming a beacon for other planned microgrid projects.”

Read more about off grid and hybrid renewable energy projects.

How do you get a power system to a re... Read more
Hybrid technologies
View all related stories
Follow Us
Back to top