Could cheap, plentiful supplies of renewable energy give Australian manufacturers an edge? 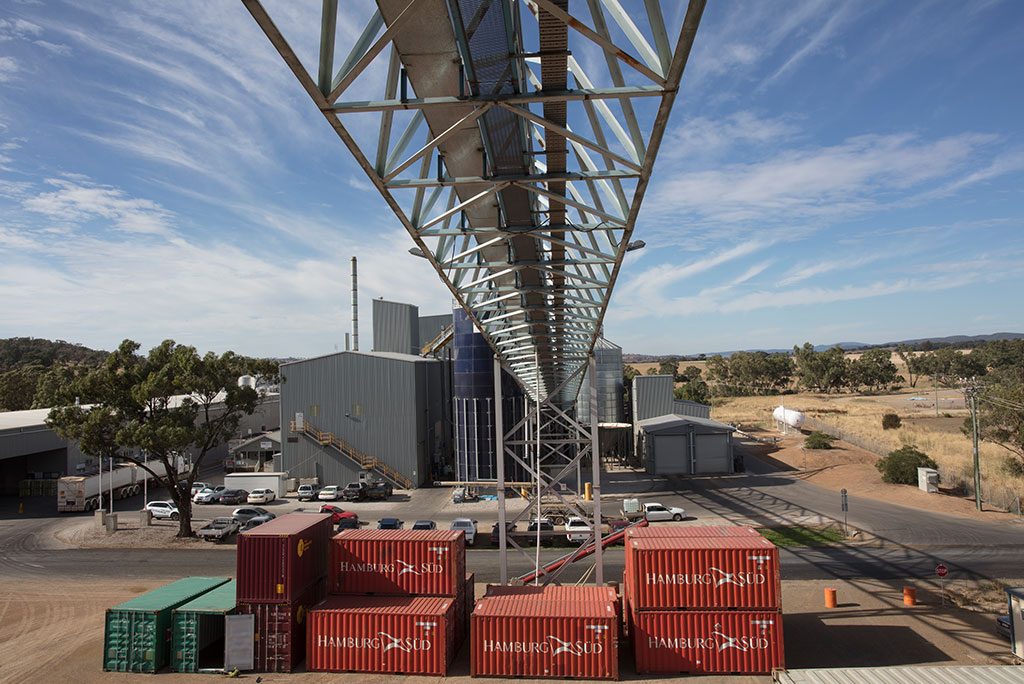 Around the world, industrial energy users are embracing renewable energy. Global giants IKEA, Lego, Apple and Coca Cola are amongst hundreds of companies blazing a trail, making the RE100 pledge to power their operations entirely with renewables.

Closer to home more Australian manufacturers are seeing the benefits of cheap, dependable power – from food producers, to remote mine operators and even companies that produce chemicals in massive volumes.

In the final episode of this season of ReWired, we speak to one of the local businesses leading the way, trading their LPG powered boiler with a Danish-made biomass system. We hear from a Queensland business refining liquid fuels from waste products, and some now familiar voices help to put the bioenergy opportunity into context.

Crushing it with bioenergy

Manildra oilseed crushers MSM Milling need a lot of heat to power their plant, which supplies canola oil to their global customer base.

In the past, they produced steam with a boiler fuelled by LPG, but as director Bob Mac Smith explains, rising gas costs forced the company to look at alternative sources of energy.

“After the cost of the seed, which is the raw material, and labour, energy’s our next biggest expense. And we’re talking, you know, some millions of dollars a year, we spend on energy every year.”

The search led to Danish biomass specialists Justsen, who supplied the new boiler system and sent three technicians to central New South Wales to install it.

“It’s highly efficient and it’s been a terrific success, the whole thing.”

Powered by sawdust, wood chips, thinnings and other timber waste from nearby forestry operations, the system has delivered a 60 to 70% reduction in their thermal energy costs.

As well as delivering savings and reductions to their carbon footprint, the company’s willingness to embrace renewable energy has proven popular with their customers. This reflects findings from research commissioned by ARENA in 2017, which found that “three quarters of Australians would buy a product or service that was made with renewable energy over a comparable one that wasn’t.”

“The other really interesting part is that it’s been so well received by our customers and there’s been so much interest in the whole project.”

At their refinery near Gladstone, they are speeding up processes that naturally take millions of years to produce biocrude, which can be refined into biodiesel and even renewable jet fuels. With ARENA support, Southern Oil has built a laboratory and undertaken a pilot project, which has been successful and will be scaled up to produce between 12 and 15 megalitres of diesel every year.

Gen 2 biofuels are fuels that are made to be indistinguishable from current fossil fuels. From a molecular level they’re exactly the same, from a use level in an engine that are exactly the same they will go into a diesel engine either with fossil diesel or without and your engine won’t know the difference.

The demonstration project they are working on now is using biosolids leftover from the sewage treatment process to produce biocrude, but they also see an opportunity to turn agricultural, forestry and even household waste into renewable fuels.

In this episode, Southern Oil’s Ben Tabulo explains that the renewable crude oil produced can be refined just like oil extracted from the ground and used in an engine like a normal fuel.

Are biofuels the answer?

Given biofuels can provide a renewable alternative for liquid fuels, can we expect to see them take off as the energy transition moves beyond electricity?

According to Australia’s Chief Scientist Alan Finkel, biofuels have a role to play, but that large-scale wind and solar will do the heavy lifting in a future powered by renewable energy.

“I mean, the amount of energy that we need to run civilization is just huge. And we need agricultural land to produce agricultural products, not biofuel products.”

ARENA CEO Darren Miller agrees that biofuels won’t solve global energy needs, but explains they can help to replace fossil fuels in applications that are hard to electrify.

ARENA CEO Darren Miller stated “The modelling shows we need a lot more renewable energy sources than just what biofuels can provide. So I think like many things in the space, it’s not a one, one thing or the other. It’s both… we need to move all these things forward and innovate across these different supply chains and waste streams.”

He sees aviation as an opportunity, with liquid biofuels like those being developed by Southern Oil able to displace jet fuel.

In an Australian first, daytime opera... Read more
Renewables for industry
View all related stories
Follow Us
Back to top