In recent months, we have seen a number of resource companies announce their plans to move forward with integrating renewable energy solutions to help power their mining operations. 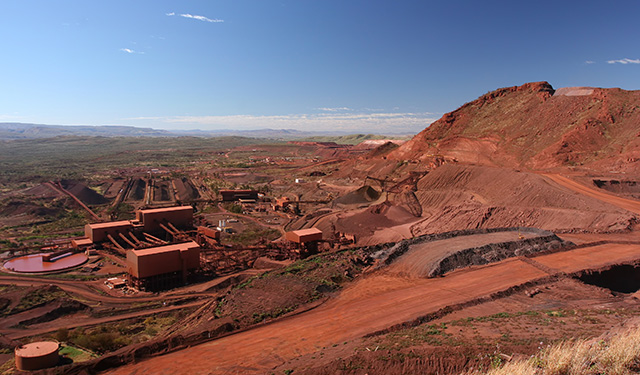 Arial view of the Cannington mine.

Driven by a range of factors, from cost and energy security through to reducing their carbon footprint, both major and mid-tier miners are seriously assessing what the future of power generation for their operations will look like. This heightened activity has positioned Australia as the fastest growing market for renewables in mining operations, opening up new opportunities for both the renewable and resource sector alike.

Within this activity, we have seen South32 announce its move towards renewables, with plans to integrate a 3MW solar farm for its Cannington mine in Queensland. To do this, SunSHIFT will be providing its ARENA funded re-deployable solar solution with support from Energy Developments Ltd. Once complete, this will be the second largest solar project for a remote, off-grid Australian mine. SunSHIFT will also be working with New Century Resources to supply power for the reopening of its Century mine, offering significant cost reductions compared to the traditional diesel option.

Image Resources has announced its plans to invest in a 3-4 MW solar farm near its Boonanarring mine and processing plant, which following construction, will deliver around 25% of the facility’s electricity needs. OZ Minerals also recently made public its plans to build a solar and battery storage facility at its Prominent Hill mine in South Australia.

ARENA will also be presenting on the progress and next steps of decarbonising off-grid mines, with highlights from its recently published Handbook which aims to address both the real and perceived barriers of renewable energy integration.

Meanwhile, the business case for renewables continues to be underlined by successful landmark projects funded by ARENA, including Sandfire Resources’ DeGrussa Solar Project and Rio Tinto’s Weipa Solar Farm. Currently, the DeGrussa project is offsetting more than 450,000 litres of diesel per month, which adds up to more than 25 million litres of diesel saved over 5 and half years or around 20% of the mine’s total fuel consumption.

For more details on these projects and the upcoming Summit visit the Energy and Mines Australia Summit website and enter arena20 for a 20% discount off attendance.

This blog was co-authored by Adrienne Baker, Director of Energy and Mines, and Kiya Taylor.

Where do great ideas come from? Is it... Read more
Renewables for industry
Australian businesses are making one big mistake when it comes to renewable energy. image

If there was any doubt that the Austr... Read more
Renewables for industry
View all related stories
Follow Us
Back to top