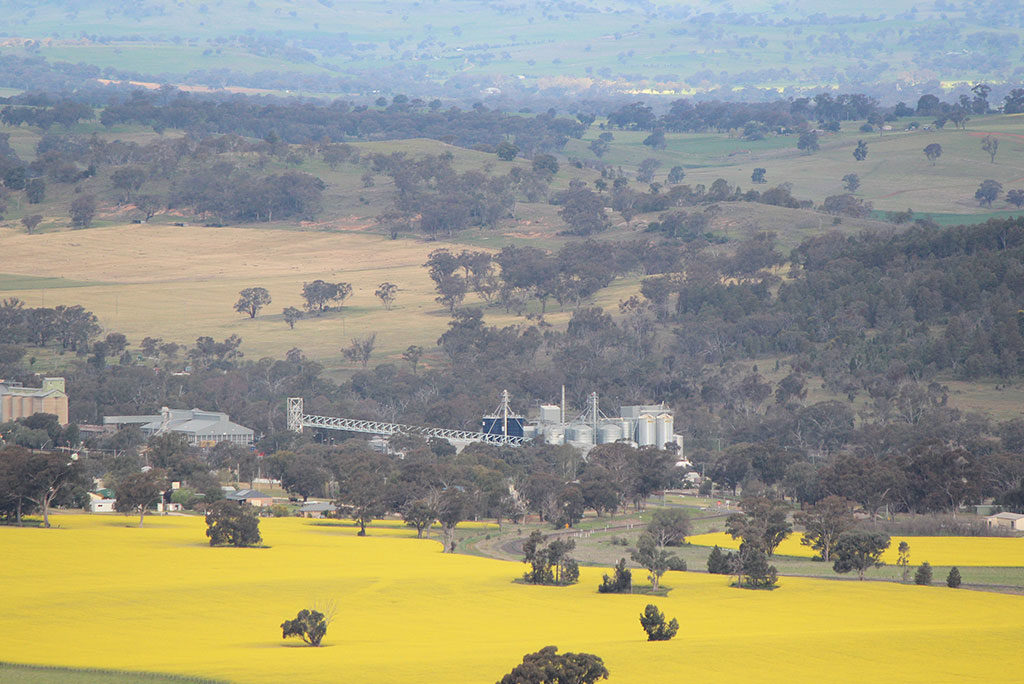 The home of the Biomass Fuel Switch Project at the MSM Milling plant, Manildra, NSW.

A new biomass boiler is exciting but let’s understand about MSM Milling. Founded by two brothers in 1991, the company has grown to supply markets all around the world. Their canola oil is used in popular biscuits, cereals, snack bars, and even Australian KFC stores.

The official opening marks the end of an 18 month project to transition their facility from gas-fired boilers to a biomass system fuelled by timber waste from forestry operations in surrounding areas.

Located 300 kilometres west of Sydney, the Manildra plant is not connected to the gas grid. Historically they have been forced to truck in LPG, but faced with rising transport costs and variable gas prices began exploring alternative fuel sources.

Biomass emerged as a possible solution.

Is biomass a viable source of energy?

To explore whether it could be a viable source of energy for a facility of this type, ARENA announced $2 million in funding towards the $5.4 million project in June 2018. Now the system is up and running, MSM Milling has become one of Australia’s first large-scale food manufacturers to use biomass for thermal energy.

Danish specialists Justsen supplied the biomass system and sent three staff to the regional site to manage the installation.

Now the data is in from almost six months of operation, MSM Milling director Bob Mac Smith says the biomass system has reduced their thermal energy costs by about 70 per cent.

“We’ve been running this installation since the middle of January, and we are operating to within half a percent of what we budgeted it would be in terms of the fuel we are using and costs,” Bob Mac Smith told ARENAWIRE in an interview ahead of the official opening.

He added that the amount of work required to connect the new boiler to the existing plant may have been underestimated, but given the scale of the project it has come together smoothly.

“The project wasn’t just installing the boiler. There was the physical construction of the boiler house to house the thing in, the fuel storage system and fuel handling piece, and then connecting it to our existing plant.”

“Technically the boiler and fuel handling system has been wonderful. I couldn’t speak highly enough of the suppliers, the installation and the quality of their work and the equipment itself has been fantastic,” he said.

As a source of steam to power the oilseed processing plant, Mac Smith says the biomass system is behaving much like the gas system it replaced.

“It’s really just a fuel source. What we’ve done is replace three independent smaller gas fired boilers with one large biomass fired boiler. Our guys do say that the new system provides more stability with more torque or grunt than the system it replaced. It’s smoother, it’s like having a V8 engine out there doing its thing compared to three two-stroke motors.”

Functionally, the operation of the plant is largely unchanged. The boiler runs around the clock and requires the same inspections every 12 hours as the old gas powered system.

Describing the day-to-day differences now the new system is operating, Mac Smith says the shift has been smooth.

“There’s more logistics involved in getting fuel here, having said that now its been running for some months that’s pretty seamless. It’s not a massive imposition – rather than getting one truck load of gas every week, we get four truck loads of biomass.”

“If there was an additional impost, that would be about it. It’s just a logistic exercise… we move six or seven thousand tonnes of product every week both coming in and going out, so it’s not a big deal in the scheme of things,” he said.

He added that the boiler is producing about 500-700 kgs of ash for every 100 tonnes of biomass processed, which is being used in road base and combined with chicken manure to fertilise the family farms.

What is the future of biomass?

The emergence of an Australian biomass-powered operation has not gone unnoticed. Mac Smith says he is regularly approached by businesses interested in embracing bioenergy, or even to supply waste products that could fuel the boiler.

This interest in the technology could be translating to sales, with the Danish technology supplier rumoured to have three or four more systems ordered for dispatch down under.

Mac Smith says that after years of planning, it was gratifying to see how excited and proud everybody involved in the project has become.

“It floated my boat when our guys that had been involved in the installation on the mechanical side and also our maintenance and IT people came to me and said would it be okay if we could put turf and sprinklers in around the building to make it look nice.

“It nearly brought a tear to my eye, I was so gratified that people are so proud of what’s going on.”

A new waste to energy project has set... Read more
Bioenergy / Energy from waste
View all related stories
Follow Us
Back to top