Is your renewable energy startup looking for an opportunity to pitch directly to investors? 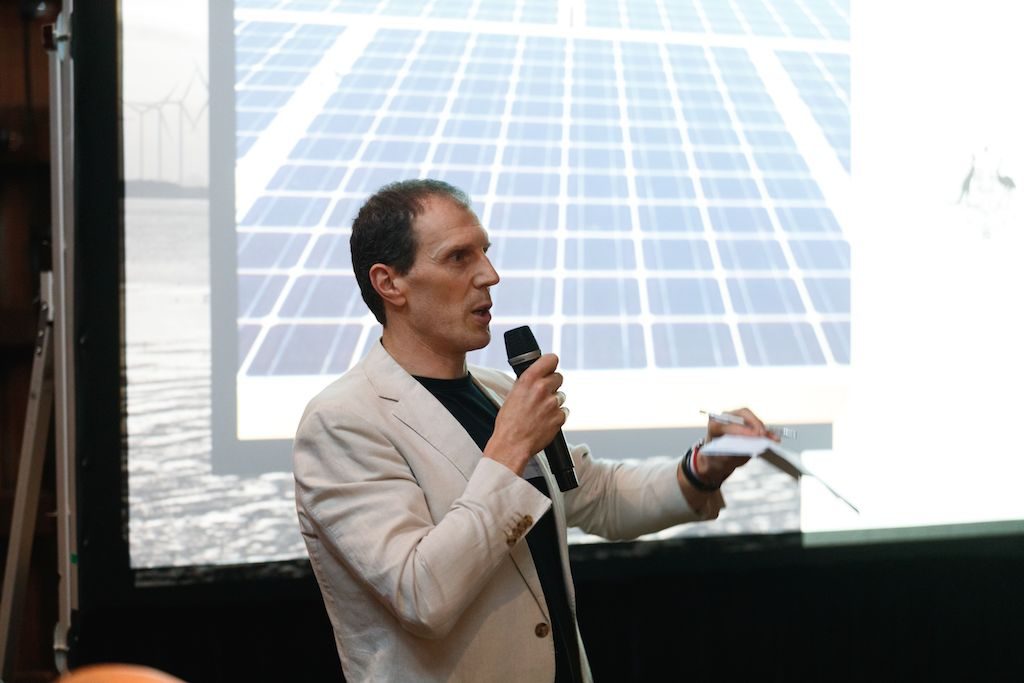 Applications are now open for the upcoming Renewable Energy Founder Forum, hosted in partnership between ARENA and Innovation Bay.

The dinner is the second to be co-hosted by ARENA and Innovation Bay, building on the success of the inaugural dinner held in November last year where five of the industry’s brightest startups were selected from a field of over 40 applicants to make pitches.

While Sydney solar manufacturer 5B won the popular vote on the night, each startup made their case strongly and two of the five – AEV Robotics and RayGen – have gone on to receive ARENA funding in 2020.

RayGen is already benefiting from Innovation Bay’s matchmaking, announcing a successful raise earlier this year with a major equity investment from Photon Energy — a connection they made at last year’s dinner.

Special guests for the August event are yet to be announced, but the bar has been set high with Atlassian CEO Mike Cannon-Brookes and Tesla chair Robyn Denholm appearing on a panel at last year’s event.

Cannon-Brookes and Denholm were joined by ARENA CEO Darren Miller, who made his own pitch at an Innovation Bay event 10 years earlier while raising funding for his startup.

During discussions, the panel shared some of the lessons learnt, spoke about the challenges running a startup and offered advice — including on the importance of looking after your mental health.

Since its establishment 15 years ago, Innovation Bay has hosted more than 70 founder dinners, helping startups to raise more than $45 million. As well as showcasing emerging startups, the events provide an opportunity for one-on-one meetings and introductions, and help founders to refine their pitches to investors.

While scheduled to be held in Sydney on August 11, the dinner may be shifted online if COVID-19 restrictions do not allow the in-person event to proceed. Innovation Bay says a final decision will be made in late June but has stressed that the event will proceed either virtually or in person.

Apply for an opportunity to make your pitch, or contact Innovation Bay with any questions.

... Read more
Renewables for industry
View all related stories
Follow Us
Back to top