As we look back at 10 years since ARENA was first established, we speak with one of the most important names in Australia’s clean energy journey, Ross Garnaut. 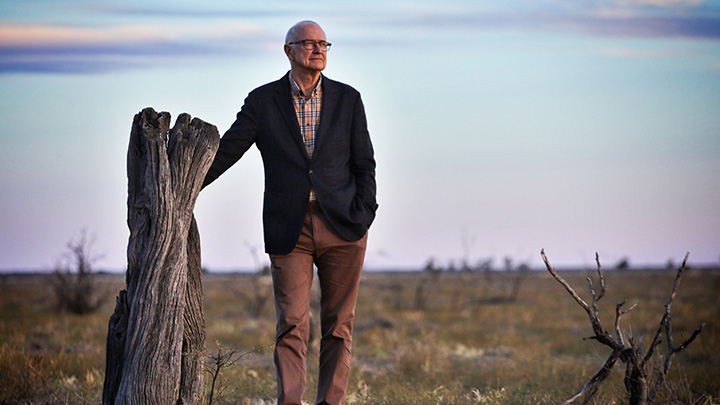 Economist Ross Garnaut has many descriptions attached to his name – Professor Emeritus at the University of Melbourne and the Australian National University, former economic adviser to Prime Minister Bob Hawke, Ambassador to China, author – but there’s one label you may not have heard: “An old dog for a hard road”.

That’s how he described himself in his covering letter when submitting to state premiers and the then federal Labour government his seminal 2008 report, the Garnaut Climate Change Review.

“I was already an old dog then,” the now 76-year-old climate policy veteran told Rewired in an extended podcast interview for the final episode of Season 4.

“I had no idea that I’d still be on the road 13 years later, but once you realise how important this issue is, the world dealing with climate change Australia, being part of that global effort. it won’t let you go,” he said.

The 2008 Garnaut Climate Change Review, updated in 2011, examined the impact of climate change on the Australian economy.

The introduction began with a challenge: “Australia will need to play its full proportionate part in global action.”

The review also identified a gap in Australian research capacity, especially early-stage research, and made the case for: “A specialist research body related to low-emission technology, to elevate, coordinate and target Australia’s effort in this field.” Garnaut has since identified the establishment of ARENA as a successful outcome of that call.

The 2008 review was a culmination of 17 months’ work, but Ross Garnaut’s climate change journey began many years earlier.

He remembers first being made aware of the issue as economic adviser to Bob Hawke’s first administration from 1983 to 1985.

“And so the science minister’s concern for climate change was the beginning of my awareness,” he said.

Garnaut describes the next two decades as being a period of “low-burn awareness” as he watched with interest developments at the Earth Summit held in Rio de Janeiro in 1992.

“I followed that as an interested bystander. Obviously, these issues were very important for economic development. How we handled them was going to be very important,” he said.

Fast forward to the second decade of the 21st century and an update to the Garnaut Review, published in 2011, which included modelling showing the immediate costs of climate change action would be relatively high, while the benefits, though huge, may not materialise for 30 or 40 years.

At the time, Garnaut acknowledged that would be a hard sell.

But he told a committee meeting with then Prime Minister Julia Gillard present: “If you use a discount rate of around 7%, which is the sort of discount rate the equity markets tend to apply, then you would not do anything about climate change, even if you knew with a high degree of certainty that not dealing with it would lead to the extinction of our species in 100 years time.”

“And the Prime Minister grinned and said, ‘Well, you’ve got us there in a rush. We’re all against the extinction of our species’.”

“But by about 2015, it was evident to me that the reduction in costs were transformational, and that that was going to have a very big effect on the opportunity that Australia had as a supplier of zero emissions goods into a zero emissions world.”

That change, the reduction in the costs of renewable energy generation and storage, has left Garnaut more optimistic about the future. He now emphasises the opportunities for Australia in a renewable energy-dominated world.

In 2019, Garnaut wrote his influential book Superpower: Australia’s Low Carbon Opportunity that laid out the challenge and the opportunity to export clean energy to other countries in Asia and Europe, to decarbonise our hard to abate industries and to create new industries based on hydrogen and low emission metals and minerals.

“It started to become clear to me that if we did it right, the economic benefits to my country were going to be immense. That us making use of that opportunity would make a big contribution to the global decarbonisation effort,” he said.

“[And] if we got it right, we could open up a prosperous future for our children and grandchildren.

“And with seven grandchildren between the ages of 10 and 17, one’s mind comes to think about the world that they will be living [in].”

Listen to the whole interview with Professor Garnaut in the final episode of Season 4 of Rewired.

Investment manager Justin Punch has b... Read more
General
View all related stories
Follow Us
Back to top