Snowy 2.0 has been given the green light, after Prime Minister Scott Morrison announced the project had been officially approved and confirmed nearly $1.4 billion in Commonwealth funding for the massive pumped hydro project. 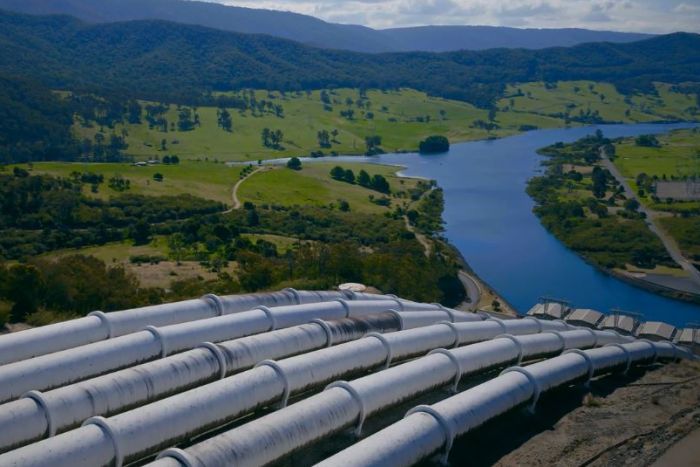 View of the Snowy Hydro site.

Early works can now start within a week after Prime Minister Morrison announced in Tumut in southern NSW this week the Australian Government will contribute $1.38 billion in equity.

According to the ARENA-funded feasibility study completed last year, the total cost of the project has been estimated at approximately $3.8 to $4.5 billion.

Snowy Hydro will finance the balance through internal cash flow and debt financing.

Its Board approved the project on December 12 last year, but the project needed approval from the Australian Government as Snowy Hydro’s sole shareholder. This followed the buy out shareholdings of NSW and Victoria last year.

Snowy 2.0 will be one of the world’s largest pumped hydro plants once completed.

Pumped hydro works by pumping water back up hill into an upper reservoir when electricity is cheap – usually at night – and storing it until demand stars to peak.

Snowy 2.0 will expand the capacity of the existing Snowy Hydro Scheme by 2 GW, delivering 175 hours of storage capable of powering 500,000 homes during peak.

As the largest renewable energy project in Australia, it is estimated Snowy 2.0 will create up to 2400 jobs during construction and will support 5000 direct and indirect jobs across the Snowy Mountains region.

Snowy Hydro’s CEO Paul Broad said the project would be operational in late 2024.

The Energy Innovators: Why our future is in pumped hydro image

There are thousands of them, dotted i... Read more
Hydropower / Pumped Hydro Energy Storage
Old mine given new lease of life as a power plant image

ARENA has thrown its weight behind a ... Read more
Hydropower / Pumped Hydro Energy Storage
Will pumped hydro unlock the transition to renewables? image