In an Australian first, daytime operations at two Pilbara iron ore mines will be powered entirely by solar power. 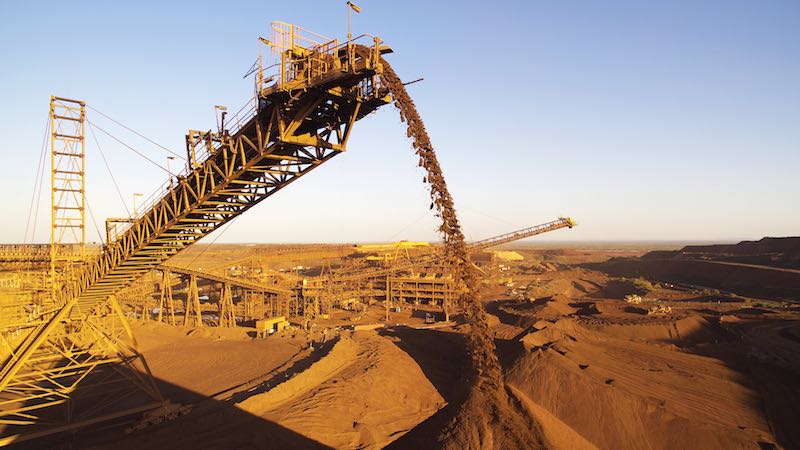 ARENA is providing $24.2 million in funding towards the project, which will also receive a loan of up to $90 million from the Commonwealth Government’s Northern Australia Infrastructure Facility.

In addition to installing a 60 MW solar farm, Alinta will construct 60 kilometres of new transmission lines to connect to the new power system to Fortescue’s Christmas Creek and Cloudbreak mines, which operate within the Chichester Hub.

ARENA’s funding has been allocated as part of the agency’s recently announced priority to invest in projects that help industry to decarbonise. Remote, energy hungry mines have been an early focus, with ARENA already announcing funding for hybrid wind, solar and battery systems at GMA’s garnet mine in Port Gregory, and Gold Field’s Agnew gold mine.

Until now, the majority of off-grid mines have relied on gas and diesel to meet their energy requirements. Alinta’s new project has set out to supply all of the daytime energy needs of the Chichester Hub iron ore mine with renewables, working alongside a gas generator that will meet any additional requirements.

Fortescue CEO Elizabath Gaines described it as a landmark project that will deliver emissions reductions of about 40 per cent at the Christmas Creek and Cloudbreak mines.

The two mines collectively supply as much as 100 million tonnes of iron ore every year and have already embraced industry leading technologies to boost their productivity. A five kilometre long conveyer at the Cloudbreak site has replaced the equivalent of 12 manned trucks, and the company is on track to introduce a fully automated haulage fleet.

ARENA CEO Darren Miller said that demonstrating the capability of renewables to deliver energy for mines and other energy intensive operations in remote areas could unlock further investment in renewable energy and bring down emissions.

“This will also show how interconnection of loads and different generation and storage – including solar, battery storage and gas – can provide secure and reliable electricity,” Mr Miller said.

“Through projects such as this, ARENA is helping industry to reduce emissions. The mining sector in Australia which is vital to our economy accounts for approximately 10 per cent of our energy use, so it is hoped these projects will encourage more mining operations to look to renewable energy and low emission solutions.”

While renewable energy penetration is currently low across the mining sector, ARENA is supporting projects that are demonstrating how renewables can reliably provide electricity to power critical mining loads, while reducing costs and emissions.

Alinta Energy’s Managing Director & CEO Jeff Dimery welcomed the announcement of ARENA funding. “Working together, we are on the cusp of demonstrating that renewables can drive Australia’s economic powerhouses forward – even for remote and complex industrial applications,” he said.

ReWired: The pod heard round the world image

ReWired: The pod heard round the world

Transformative technologies are being... Read more
Renewables for industry
How to invest in Australian renewable energy image

All over Australia, popping up across... Read more
Renewables for industry
Storms, reforms, storage & solar image

In a previous blog I discussed how a ... Read more
Renewables for industry
View all related stories
Follow Us
Back to top