When we harness the sun’s heat to drive chemical reactions, as researchers at the Australian National University’s Solar Thermal Lab are working to do, the potential is enormous. 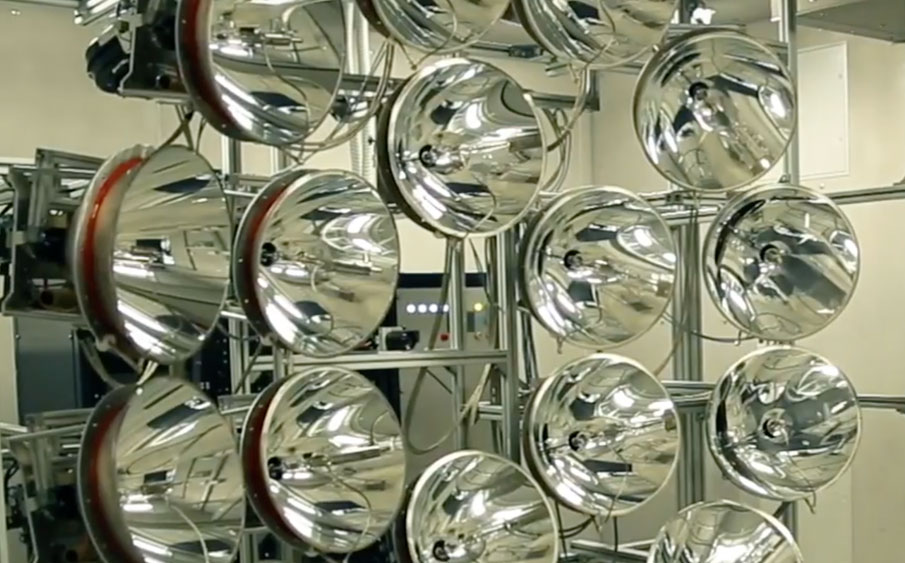 It might sound like science fiction but the possibilities are real. Solar plants that run at night, jet fuel made from captured carbon dioxide or old plastic bags, even environmentally friendly minerals processing.

Welcome to the remarkable world of solar thermochemical research.

Concentrated solar thermal (CST) technologies already let us generate electricity from the sun’s rays. But according to Professor Wojciech Lipiński from the Australian National University’s (ANU) Solar Thermal Group, that’s only the beginning of what CST can do.

Supported by a $1.19 million ARENA grant, Professor Lipiński’s team is researching whether cheap iron and manganese-based metal oxides can be used to store the energy in CST plants more efficiently and cost-effectively.

The oxide is heated up to 1400ºC, when it undergoes a partial chemical reduction that locks all that thermal energy in the material.

To generate electricity, we simply reverse the process by re-oxidising the material at a lower temperature and then use the released heat to drive an efficient combined gas- and steam power cycle.

The high temperatures involved mean metal oxide–based solar plants can be much more efficient that traditional CST systems or solar panels. The energy can be stored and released when required, meaning our energy companies could generate renewable electricity around the clock.

“Our models show that we could generate dispatchable electricity from solar radiation with an efficiency of 40%, which is better than state-of-the-art photovoltaics,” Professor Lipiński says. “We are talking about a potential large-scale solar thermal system generating solar electricity at night.”

The ANU’s solar reactor is currently in the design phase, and the team will have a prototype ready for testing in early 2018.

The aviation industry burns a lot of carbon-intensive fuel, with even a short domestic flight releasing tonnes of carbon dioxide into the atmosphere. But using fossil oils for transport could soon seem as old-fashioned as burning whale blubber.

The Solar Thermal Group is looking at ways to exploit solar energy to create synthetic fuels from algae, soft plastics, or water and recycled carbon dioxide.

Concentrated solar power provides the heat for a chemical reaction that turns the source material into a synthesis gas of hydrogen and carbon monoxide. By putting this synthesis gas through a series of chemical reactions, it can be converted into petrol, diesel or kerosene (the main ingredient of jet fuel). And all without using a single drop of crude oil.

For Professor Lipiński, the ultimate goal is to produce jet fuel from sunlight and carbon dioxide taken from the atmosphere, meaning there is no net increase when the fuel is burned again.

“You can leave the coal and mineral oil in the ground and you won’t increase the amount of carbon in the atmosphere any more,” he says.

The team is also looking at producing solar fuels with metal oxide–based reactions similar to those used in solar thermochemical storage.

The ANU’s fuel work is still at an experimental stage. But synthetic fuel is already widely used in aviation, so adding solar to the mix wouldn’t be a huge stretch for the industry.

People need steel, especially in developing countries like China. And a lot of that steel starts out as iron ore mined in Western Australia.

The ore is put on a train, then loaded on a ship and sailed to China. At the same time, we ship huge amounts of coal to China so they can run the heat- and energy-intensive processes needed to refine that ore into steel.

If there’s another thing WA has in abundance, it’s sunshine. And the Solar Thermal Group is investigating whether that sunshine can be used to drive the thermochemical processes needed to refine iron ore into steel right there at the mine site.

Iron is weighs about 30% less than ore, so the costs to transport and ship it around the world would be significantly reduced. Solar-driven processing would also reduce the steel industry’s reliance on coal, a major source of greenhouse gases. And we can charge a lot more for carbon-neutral steel than unprocessed iron ore, which is a good thing for Australia’s export economy.

Professor Lipiński thinks that with the right political climate, the technology could be ready in about ten years. But can the minerals industry be convinced to go solar?

“Traditional industries probably know about the potential of solar thermal energy, but they cannot imagine it’s easy to change,” Professor Lipiński says. “But give them the opportunity to learn, to transform, and they will be drivers of the future.”

Connection is an under-appreciated co... Read more
Solar energy
The pub with no fear: An Aussie icon embraces renewables image

For much of the year the Northern Ter... Read more
Solar energy
View all related stories
Follow Us
Back to top